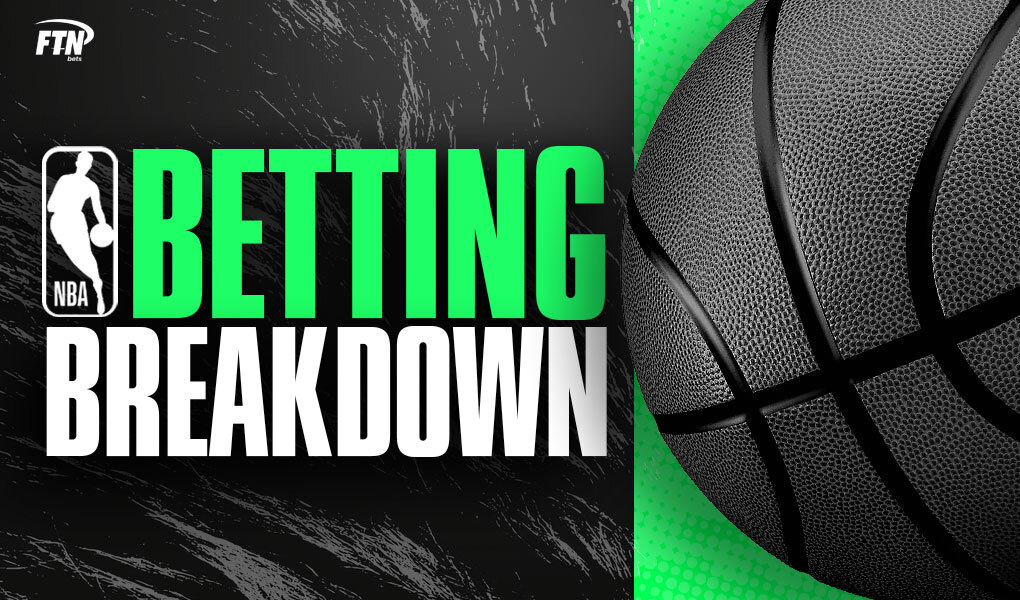 FTN's Benny Ricciardi dives in on the NBA betting slate for Tuesday, looking at the game line and individual player props.

The NBA Finals return tonight with our first elimination game of the series. The Milwaukee Bucks broke the Phoenix Suns' serve and became the first team to win a road game in this series. They get the chance to travel home to Milwaukee and potentially close out the series in front of their fans.

This has been one of the stranger finals in terms of the betting lines. Normally, it takes a few games in a series for the price to settle. Usually by Game 4 or earlier, the only line adjustments come from the difference in home-court advantage. That has historically been somewhere between two to three points per game. In this series, we have seen the spread swing wildly. The Suns started off the series as six-point favorites in Game 1 until the news of Giannis playing broke. When it did, the spread dropped down to -4.5, which is also where it stayed for Game 2. When the series swung back to Milwaukee, the Bucks went from +4.5 on the road to -4.5 favorites at home. The home teams won and covered in each of the first four games of the series, all with home teams favored by 4.5 points. We mentioned before last game that the swing was too wild heading back to Phoenix with the Suns favored by four in that contest. If Milwaukee was a true -4.5 favorite at home, then they should have been a neutral court favorite of about 1.5 points. When you added the home court back for Phoenix, Milwaukee should have gone down to a one-point underdog. Instead, they were a four-point dog, and we made money by playing that +4 number and sprinkling a little bit on the moneyline as well. If we believe that our number and take on the spread is correct, then we should see tonight’s game lined somewhere around that -4.5 we saw in Games 3 and 4 in Milwaukee.

Let’s take a closer look and see if that is the case.

The Bucks -5 is in line with our expectations for this game. In terms of value, I do not think we have any on this line. Bucks -4.5 was the expectation and you can find a few of them listed in the market on our FTN Bets odds page. The Bucks number is a little bit heavy here, but not enough for us to want to play the Suns side of the game. This line would have to creep up to 6 at -110 or 5.5 at even money or better for us to have value in taking it. Milwaukee won the two games at home by 20 and six points. They won Game 5 in Phoenix by four points. That -5 number is right where it should be based on these results. The time to make some money in this series has likely come and gone. Even though it took longer than usual, I think books finally found the sweet spot here where gamblers will look at this number and think the value has already been sucked out of it.

The total in this series has remained pretty solid throughout. It opened at 219 in Game 1 and has closed between 219.5 and 221 all series long. Games 1, 2 and 5 all went over the listed total. Game 3 ended at 220, so you might have had a win, loss, or push depending on when you got money down on this number, as it hovered right around that 220 mark that it landed on. The only game that was under by a clean margin no matter where you bet was Game 4. Milwaukee won that 109-103 for a 212 point total. The average total for this series is 224 and a lot of that has to do with the 240+ points total scored in the Milwaukee Game 5 victory. This is an elimination game for Phoenix, so I expect them to come out firing and play as hard as possible all the way through. My lean would be to the over but remember, this 222 number is already the highest total of the series. I always feel bad when I chase rising totals because the higher the number you take, the less value is left in taking it. It may sound counterintuitive here, but the bet to take is the under if you want to get money down. I personally do not feel comfortable enough to do it, but I also realize chasing a rising total is not the prudent move either.

The final thing we can discuss in terms of wagering on today’s game is the player props. A lot of the value we had been playing is no longer there. A quick check of our FTN Bets prop shop left me wondering where I can make some money on tonight’s game. We have been playing Pat Connaughton over 1.5 three-pointers this series. Early on, we were able to get this at plus money for the first few games. By Game 4 and beyond, the number started moving big time, as it cashed over and over. We once were able to take this bet at +110 and now the lowest payout I can find on any of the New Jersey books is -143. At +110, that was an implied probability of 47.6%. At -143, that is now 58.8% as an implied probability. My number for Connaughton is 56% of the time, meaning anything between -125 and -130 is probably the range for fair value. Anything above that number and you are taking too much risk. Anything below it is value. Yes, he is overpriced right now, but I still do not want to bet against him hitting multiple three-pointers. The best thing to do here now is to leave this number alone.

Where can we find value in the prop market today? I’m not really all that excited about any, to be honest. Deandre Ayton points at 15.5 is a number I want to take the over on but today, it’s mostly 16.5 and the juice is mostly in the -120 range or worse. Khris Middleton over 6.5 rebounds was interesting to me, but not at the -145 price books are offering us on it. The plus money you can get at 7.5 rebounds on FanDuel is maybe worth a flier. Same for Chris Paul at over 8.5 assists, which is in the -135 range now. Maybe a double-double wager is worth taking.

I do have two plays where I think we have some value, but neither of them is a play I want to unload the bankroll on. The first is Jrue Holiday assists at plus money. William Hill has the best payout here at +110 for over 8.5 assists. FanDuel has Holiday at +135 for a double-double, so if you are feeling really frisky, you can split your bet between the +110 on William Hill for the over 8.5 assists and put the rest on FD at +135 for the double-double. It is only one more assist to cash both and if he does end up right on 9, you still profit a little because of the plus money on both payouts. The other bet I am making today is Chris Paul over 21.5 points. BetMGM has this at -111, which is the best payout left available. The more I think about it, Paul should be assertive here. It’s his chance to get a ring, and he may not have any or many more chances to do it in his career. He is the kind of guy who is not going to go down without leaving his best out on the floor, even if that means he is a little more aggressive offensively tonight. We have seen him explode for massive games before (remember the 40-burger last series) and tonight is one of those times where his team needs his veteran leadership and calm, cool hand to direct them to a win. Role players play better at home, so if the Suns hope to steal this one in Milwaukee and get the game back to Arizona, it has to be the superstars that carry them there.