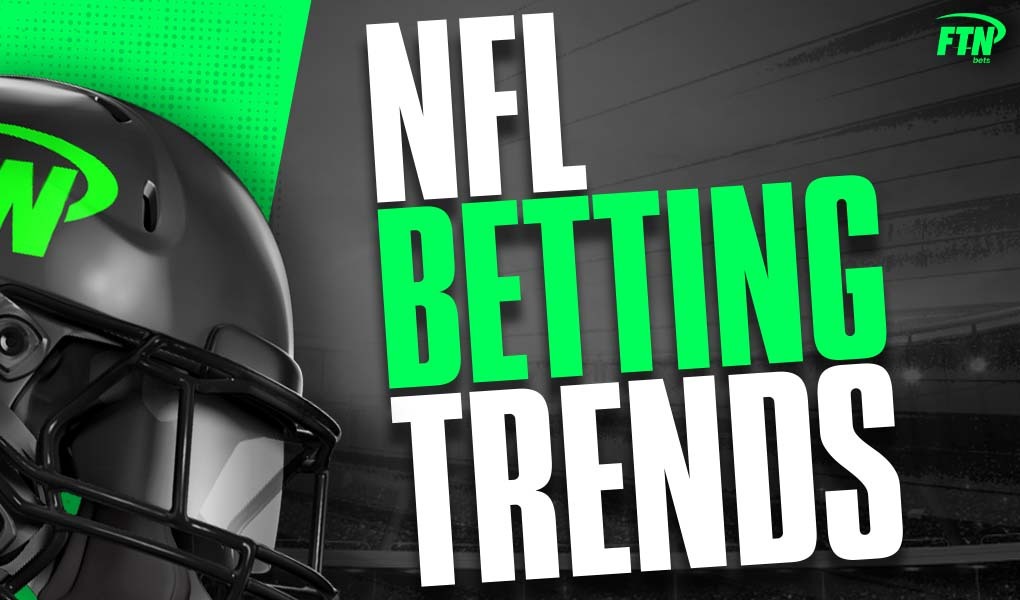 FTN's Benny Ricciardi takes a look at some of the betting trends through Week 11 of the NFL season.

We have made it to the Thanksgiving week of the NFL season. This is always a big week, as it marks the beginning of the stretch run to the playoffs. The NFL extended the regular season by one week this year, but that doesn’t change things much.

After this week, we have about one-third of the season remaining. Finishing strong is the difference between hosting a home playoff game or possibly being on the outside looking in when all the chairs are taken.

With that in mind, let’s see how the trends are playing out through Week 11 and what we can do with that information moving forward.

After three straight weeks of underdogs being the side that created a flat bet profit, the favorites finally got back in the win column for Week 11. That brings the season total back to a tie — dogs have won five weeks against the spread, favorites five, and one where it was a draw for a slight loss either way to bettors. We had 15 games in Week 11 and favorites won and covered in nine of 15. Two favorites won but failed to cover — the Browns against the Lions and the Chargers against the Steelers. Only four underdogs won outright last week, which is how we got to that six-win total ATS. To see every team’s record ATS this year, check out our betting trends on FTNBets.

Underdogs had a rough week, winning just four of the 15 games. They have still returned a profit in seven out of 11 weeks, or about 63% if you flat-bet one unit on each underdog’s moneyline. This week, that strategy would have been slaughtered though, as the only dog that won at a decent payout was the Texans. Despite that big-money payday for true believers, the other three underdog winners were the Vikings, Colts and Washington Football Team at much lower moneyline payouts. On the season, it has still been profitable to bet every dog on the moneyline, but this week definitely put a major dent in the seasonal ROI of this strategy. To see which dogs have the best chance to win in Week 12, check out the first look at the opening lines video on FTNBets.

Scoring in the NFL remains elevated for the 2021 season. That has not done much to help the overs hit, as the totals are also higher than we have seen in recent memory. Week 11 continued to highlight this trend as overs cashed in just five of the 15 games played. Through 165 games in the 2021 season, we now have seen the over hit 71 times, the under 92 times, and two games end directly on the listed total. This week has lowered the season cash rate for overs down to 43.03%. At standard -110 juice, our FTNBets odds calculator says we would need to hit about 52.5% of bets in order to be profitable. As you can see, blindly betting overs falls way short of that mark in 2021. Unders on the other hand have cashed now in 92 of 165 games or 55.7% of the time. Blindly betting every under in the NFL has created a flat-bet profit so far on the closing line during the 2021 season. We mentioned this paradox last week. Despite the increase in scoring around the league, unders are coming in more than overs are and the only explanation is that listed totals are coming in higher than usual. If books are going to shade things to the high side for scoring as the numbers continue to point out, we should be very careful betting overs. That doesn’t mean to avoid them all together, but when it doubt, the unders are more profitable and sound bets to make.