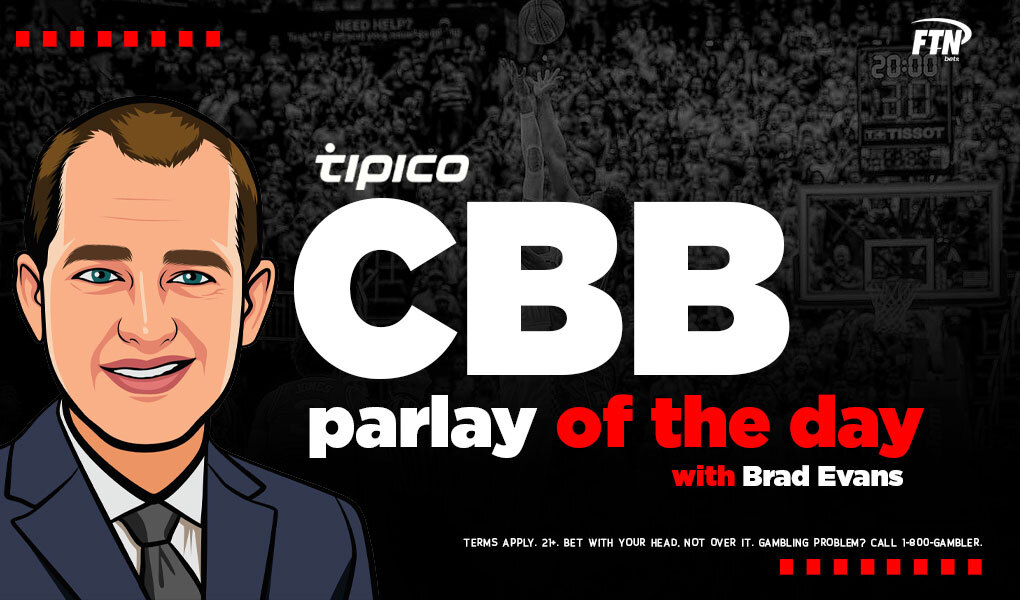 FTN's Brad Evans uses Tipico Sportsbook to provide his parlay of the day in college basketball for Monday.

Due to his year’s down Atlantic 10, national writers and mouthpieces have turned their attention elsewhere, contributing few hyperbolic words to any league members. The conference is undoubtedly a far cry from last year’s likely multi-team NCAA Tournament participants, but snoozing on the Bonnies isn’t recommended. Bonaventure displays measurable glass tenacity. Over its last six contests, it’s grabbed an offensive rebound on close to 30% of its possessions. More impressively, the Bonnies have breathed fire from three. Over the last month, they’ve netted a godlike 46.2% from beyond the arc, an output that has fueled their top-25 standing in overall offensive efficiency (1.115 pts/poss). Equally salient, their defensive diligence leads to many empty possessions. In league play, they’ve yielded a stifling 45.2 effective field-goal percentage. Dayton’s defense, if it continues to perform forgivingly (1.038 pts/poss allowed last six), could get blown out of the building. Jaren Holmes, Dominick Welch and dishman Kyle Lofton have played sensational ball of late. Bonaventure, 8-2-1 ATS as a favorite on the standard line, is a sound wager.

Game 1 between the Sooners and Cowboys was a battle on par with Hulk Hogan versus Andre the Giant at Wrestlemania 3. An overtime clash, OK State, thanks in large part to Cade Cunningham’s sensational 40 points and 11 boards, escaped Norman with its seventh Quadrant 1 victory. To sweep its intrastate rival, it must continue to extend and defend. Nearly uncuttable over the last month, the Pokes have surrendered a lowly 0.885 points per possession, 45.0 two-point percentage and 28.3 three-point percentage. The Sooners’ swoon on offense, particularly from three (30.7% last six), and subpar rebounding backs them into a precarious corner. They did drill 10 triples in the first matchup, but how Lon Kruger adjusts his defensive scheme to account for Cunningham is critical. If complementary Cowboys Avery Anderson, Bryce Williams and Rondel Walker flank the future No. 1 overall NBA pick as they did last Saturday, they’ll break out the brooms. Bedlam II will be outstanding, especially for the home team.