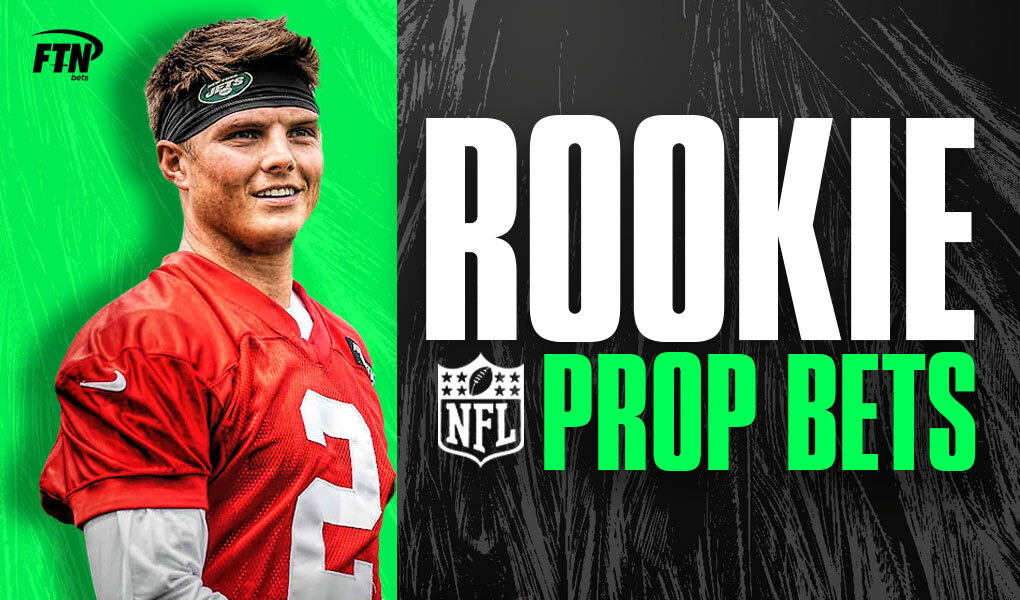 FTN's Eliot Crist picks out some of his favorite prop bets to make on the 2021 rookies.

With the NFL Draft in the books, the top rookies now have their landing spots. The Jaguars got Trevor Lawrence, while the Jets landed their man in Zach Wilson. The top-drafted skill position players were Kyle Pitts — the highest-drafted tight end in over 50 years, going fourth overall to the Atlanta Falcons — and Ja'Marr Chase — who was the fifth overall pick, teaming up with his former LSU teammate Joe Burrow.

With the biggest names now having their landing spots, books have released player prop lines for some of the league's top rookies.

While Kyle Pitts is a generational talent, he is still a rookie tight end playing a position that historically takes a while to transition to the NFL. Yes, there are 17 games this year, but for Pitts to go over this number he would be one of only three rookie tight ends ever to do so; as a median projection, you simply have to take the under here. Pitts plays for the pass-happy Falcons but steps onto a team with not one, but two alpha receivers and isn’t set to dominate market share even if Julio Jones is traded. This number is 750.5 on other books and is a bad line — take advantage of it.

The top two rookie talents in the draft and I am going under on both. While I think Ja'Marr Chase is more likely to go over than Pitts, both are strong under bets, with ESPN’s Mike Clay having Chase projected for 200 yards under his total. Like Pitts, Chase goes to a team with a ton of talent at the skill position in Tyler Boyd and Tee Higgins. He has the connection with Joe Burrow, but also hasn't played football in a year, and with this line you are asking him to become just the eighth rookie receiver to go over this number. Like Pitts, Chase is talented enough to go over this number, but at -110 the median outcome is an easy under here.

Only one quarterback in the NFL who played 16 games last year failed to eclipse 3,800 passing yards, and that was Baker Mayfield. Mayfield played with a dominant offensive line on a run-first team while having one of the league's better defenses. Zach Wilson won’t have that luxury, as the Jets finished 26th in scoring defense and allowed the fourth-most passing yards per game against. While they did add more ammo up front, they still have one of the league’s worst secondaries, and with a win total of just 6, expect them to be playing from behind a lot. If Wilson can stay healthy and play all 17 games, he should go over this number with ease, needing to average just 223 passing yards per game to eclipse it.