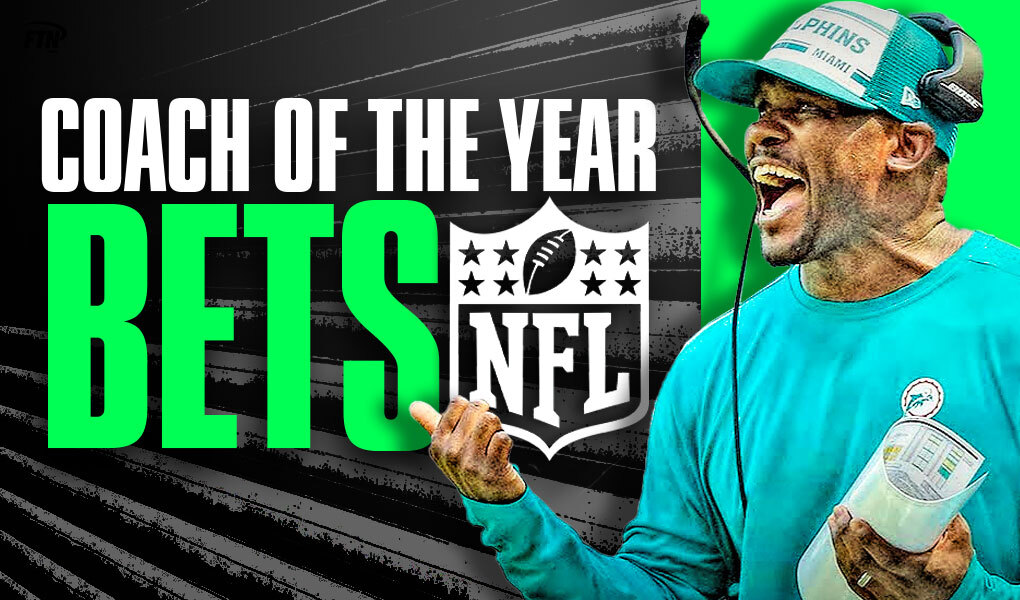 FTN's Eliot Crist breaks down the best bets to take home the NFL Coach of the Year Award in the 2021 season.

A few criteria to note when looking for the right coach to bet on: Since 1991 every single coach to win the award has won at least 10 games. The Robert Salehs and Dan Campbells of the world can turn around their team, but unless they get to that 10 number, they probably won't be in true consideration. Five of the last 10 coaches to win the award were in their first year of coaching a new team; of the five who weren’t, four improved their team’s wins from the previous season by at least four games.

With such long shot odds, it’s best to scatter fractional units across multiple of the best candidates to give you a positive expected value outcome.

Staley opened at +1800 and has seen early steam moving him down to +1500. He is a first-year head coach taking over a loaded roster that not only fixed its offensive line, but it also gets both Derwin James and Joey Bosa back, both currently sitting in the top eight odds Defensive Player of the Year. Anthony Lynn is gone; that alone improves the Chargers odds to win games along with a loaded roster and an MVP candidate at quarterback. Staley is in a strong position.

Like Staley, Flores has seen steam drop him from +2000 where FTN subs got him in the FTN Bet Tracker, but he still provides value here. Yes, the Dolphins won 10 games last year, so it will be tough for him to fit into the historical criteria of a first-year head coach or improving by four games. However, Miami has one of the league's most loaded rosters on both offense and defense, and if Flores and company develop Tua Tagovailoa to the point where they win the AFC east crown, he would be in an extremely strong position. Currently sitting at +333 to win the AFC East, I like Flores at +1600 as a better bet.

Much like the previous two coaches in this list, Rivera has seen early steam and for good reason. Rivera is a two-time Coach of the Year for the Panthers and now has a Washington roster that may have improved more than any in the league this offseason. With Ryan Fitzpatrick, Curtis Samuel, Charles Leno, William Jackson and rookie Jamin Davis, Washington is loaded with talent from top to bottom. They did win their division last year with a 7-9 record, but improving on that and making another run at the NFC East title could land Rivera the award. He also became cancer free this offseason, and that story could play in his favor in winning the award as well.

The Carolina Panthers only won five games in 2020, so a strong season from them this year is sure to give Rhule and company a major win total upgrade. They have a 13-day rest advantage over their schedule in 2021, the biggest in all of football. On top of the schedule advantage, they have a new quarterback in Sam Darnold. While Darnold was truly awful in New York, he has a massive advantage in going from Adam Gase to Rhule and Joe Brady. We saw Ryan Tannehill take a massive step when he was freed from Gase — if Darnold does the same, Rhule will get a lot of the credit and that could win him the award.