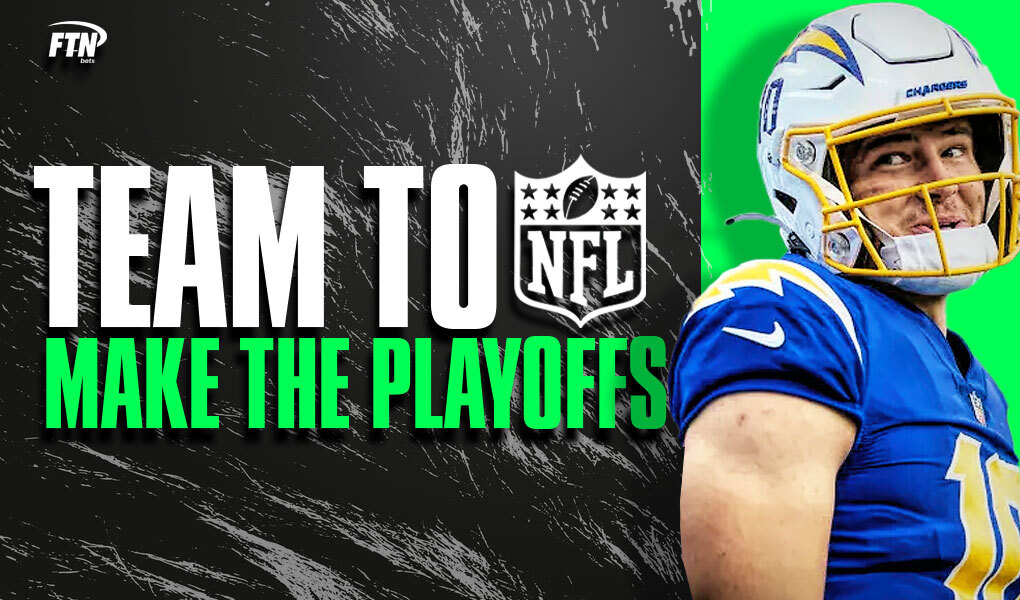 FTN's Eliot Crist provides his favorites bets on which teams will make the NFL playoffs in 2021.

It may be May, but it is always football season.

With the NFL's schedule released, books continue to release more and more lines to bet. While most will say it is too early, you won't get better lines than right now. With a 17-game season and 14 teams making the playoffs, we have never had an NFL season like this year. Seven teams make the playoffs in each conference for only the second time ever but last year, we still saw a Miami Dolphins team miss out on the playoffs despite winning 10 games. The AFC projects to be the stronger conference while the NFC is wide open.

With that being said there are multiple teams in the AFC with much improved rosters prime to make a run, here are a few of my favorite bets on teams to make the playoffs.

Every other book has them at +130, so there is a ton of value in this number. The Chargers may be the most improved team in the NFL, going from a bottom-five offensive line unit to grabbing three new starters this offseason, including top prospect Rashawn Slater.  They have two of the top eight players in the current Defensive Player of the Year odds returning this season in Joey Bosa and Derwin James. They go from Anthony Lynn, who struggled in close games, as the Chargers finished 8-15 in one-score games the last two years. Beyond all of that, we get +160 on one of the best quarterbacks in football. Last year, Justin Hebert finished fourth in PAA (points contributed by a quarterback) and was the only QB in the top seven to win less than 10 games. They also clicked down the stretch, winning four straight games and are far too talented to be given a 38.5% implied probability of making the playoffs. I am buying the Chargers talent this year and getting the number at +160 is too good to pass up.

Yes, Tua Tagovailoa needs to make a massive improvement this year, but the Dolphins have given him the roster to do so. Tua thrived at Alabama with speed on the outside, using his pinpoint accuracy to let playmakers do their thing. Now, the Dolphins added Will Fuller and Jaylen Waddle, and have one of the most athletic weapon groups in the NFL with all four of their top guys scoring 80th percentile or better athletically. This is one of the most complete rosters in football, including the best corner duo in football in Xavien Howard and Byron Jones. They get system pressure on the quarterback and force turnovers but were missing that top edge presence last season. They added Jaelan Phillips with the 18th overall pick, the draft's top edge talent. With a complete roster and Tua a full year removed from his hip injury, the Dolphins could be one of the top teams in the AFC.

Russell Wilson has made the playoffs in all but one year of his career, that season came in 2017 when the Seahawks finished 9-7 and were seventh overall in the NFC. This year, not only do seven teams make the playoffs, but the NFC is as weak as it's been in quite a while. Yes, their division is strong, but the Seahawks have the easiest strength of schedule in football and get to play the Jaguars, Lions and Texans - the three teams with the lowest projected win total. So often football comes down to QB play and with Russell Wilson being top five in the world, I will happily take him at -120 to make the playoffs.