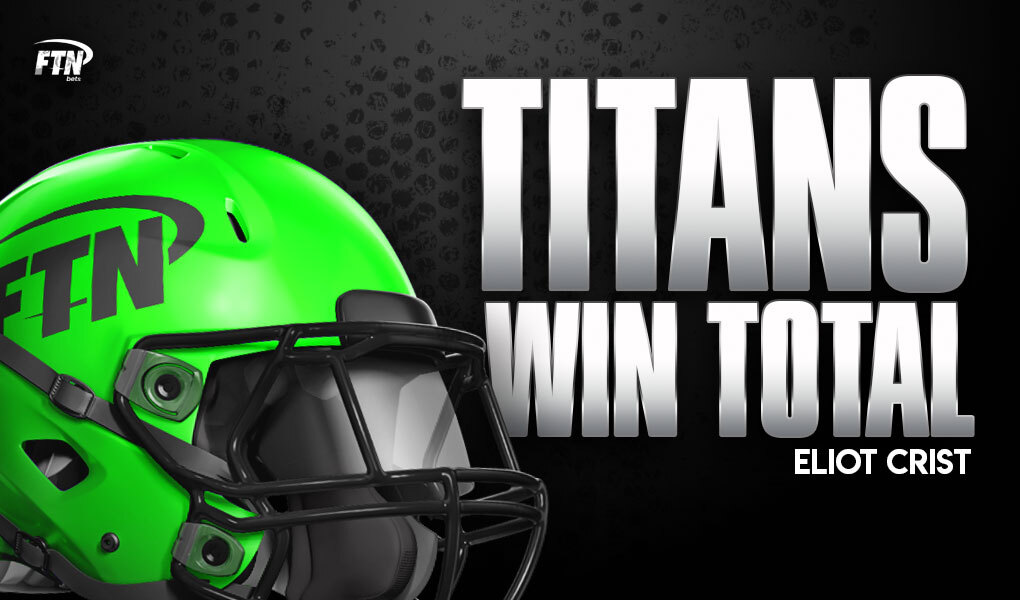 FTN's Eliot Crist details the best bets to make regarding the Tennessee Titans after the Julio Jones trade.

On Sunday, the Tennessee Titans added one of the league's best playmakers in Julio Jones, acquiring him with a second-round pick from the Atlanta Falcons. The 32-year-old has averaged more yards per game than any other player in the history of the league. Since entering the league in 2011, he ranks either first or second in targets, receptions, yards, yards after the catch, 1,000-yard seasons and 100-yard games.

Titans win total moves from 9 to 10

Since the trade, the Titans win total has moved from 9 to 10 on most books, but on FanDuel Sportsbook, they currently sit at 9 with a juice of -140. While 10 in a 17-game season at +130 is very attractive, one win is extremely valuable, and I would rather pay the juice than need to win two more games to win the bet. Last season, the Titans won their division, finishing with 11 wins. Now, they replace Corey Davis with one of the league's best playmakers and have an incredibly difficult offense to stop.

How do you stop the Titans offense with Julio Jones?

The Titans offense is going to be incredibly hard to beat with Derrick Henry, Julio Jones and A.J. Brown. They have three of the league's best playmakers and one of the league's most efficient passers in Ryan Tannehill, who finished 2020 ranked sixth in yards per attempt, third in true completion percentage and fifth in catchable target rate.

The question for defenses is how do you defend this team because you can’t take away everyone. Turron Davenport. who covers the Tennessee Titans, put out these eye-popping stats:

While the Titans defense leaves a lot to be desired, they did add Bud Dupree and Caleb Farley this offseason, and their offense should be able to carry the weight. While they have the league's 13th hardest strength of schedule, they do play the Texans, Jaguars and Jets a combined five times, three teams projected with bottom-five win totals. There are enough easy wins here that as long as their offense stays healthy, this should be a 10-win team at worst.