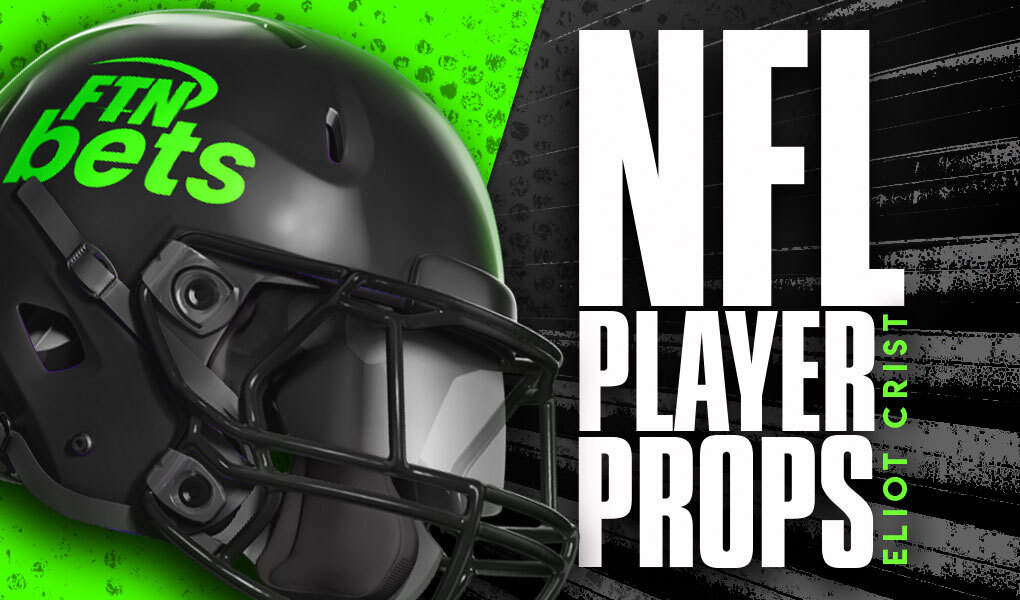 FTN's Eliot Crist picks out some of his favorite current player props to bet on for the 2021 NFL season.

We are back with more NFL player props at FTNBets, as PointsBet continues to slowly release more and more lines, while FOX Bet released NFL QB passing props. I love getting in early on these as multiple have already moved in our favor or been taken down completely. I missed you all, having been unable to write one of these pieces for a few days. However, I will never force a pick I don’t like for the sake of content. If I write something up and suggest it, my money is always backing it as well.

Let’s jump right into the action and see more values we can take advantage of.

Reports early out of camp are that it looks like Williams is going to be the starting running back for the Broncos. The question for him is third-down usage as he adjusts to pass blocking in the NFL. While we want him on the field as much as possible, getting that rushing usage is what we are looking for to get over 725.5 rushing yards. In order to surpass this number in a 17-game season, Williams needs to average over 42.5 rushing yards per game, and projected as the lead back, this doesn't seem like a major ask. With a split backfield last year, Melvin Gordon led the way with 215 rush attempts; a conservative projection of 180 rush attempts for Williams would mean he needs to average 4 yards per carry — almost half of what he averaged at North Carolina last season (7.3). Williams is one of my favorite running back prospects, and his tough, physical rushing style should translate immediately to the NFL. Last season, 17 backs had over 180 rush attempts and only two (Todd Gurley and Frank Gore) failed to eclipse 726 yards. Williams needs to be better than two washed-up running backs to eclipse this number — I am very confident in this one.

Looking at Jeff Ratcliffe’s player projections, this is a flat-out bad number. Jeff has Mahomes projected for 5,101 yards this year, nearly 400 more than his current number. Looking back at Mahomes' season last year, the Chiefs eased into the passing game. The first seven weeks of the season, the Chiefs averaged 34 pass attempts per game. The final nine games, the Chiefs did not have a single game with fewer than 34, averaging 44 attempts per game with Mahomes throwing for over 300 yards in seven of nine games. In just 16 games last season, Mahomes surpassed this number; now he gets an extra game, and the Chiefs finished the season embracing the pass more and he has an upgraded offensive line. Take the over all day long here for the MVP frontrunner

I am already on bets for Dak Prescott MVP and Dak Prescott Comeback Player of the Year, and while those are plus money bets, getting -110 on Dak over 4,450.5 passing yards feels like free money as long as he stays healthy. He is already back at minicamp practicing, and the reports are he looks fantastic, so I am not worried about his health. (If you are looking to keep up to date on the latest injury news, our Stephie Smalls is doing an amazing job tracking it all here.) FTN’s Jeff Ratcliffe has Prescott projected to be the second leading passer in the league with 4,895 yards this season, or 445 over this number. Prescott plays with arguably the league's best receiving corps in Amari Cooper, Michael Gallup and CeeDee Lamb as well as one of the league's worst defenses. That recipe had him throw for 1,856 yards in 4.5 games last year, a 6,000-yard pace over a 16-game season, which easily would have set a league record. If he stays healthy, Prescott should sail over this number.