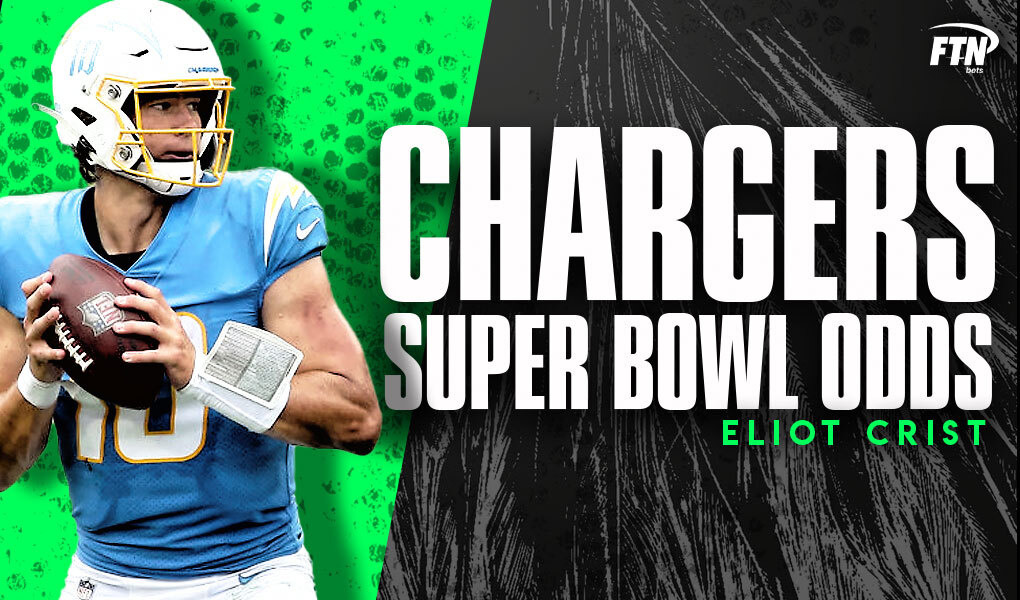 FTN's Eliot Crist examines the betting odds on the revamped Los Angeles Chargers to win the Super Bowl this season.

Can the Chargers win the Super Bowl? It's well within their range of outcomes for this season. While that may come as shocking, the closer you look at the roster, the more excited you become to hold a long-shot ticket of +3500 on this team.

Last year, I bet on the Tampa Bay Buccaneers at +4000 prior to Tom Brady because the roster was ready to take the next step. I am going to try and have a repeat performance this year with the Los Angeles Chargers.

Here are a few reasons why:

Justin Herbert is the real deal

The first thing you need to have a shot to win a championship is a top-level quarterback. Last year the final four teams in the playoffs had four of the best quarterbacks in football in Patrick Mahomes, Aaron Rodgers, Tom Brady and Josh Allen. Herbert currently sits at +2000 on BetMGM and is one of only two players with odds of 20-1 or shorter who also has greater than 30-1 to win the Super Bowl. He is coming off a historic, record-breaking rookie season in which he finished fifth in the NFL in PAA (points contributed by a quarterback) — last year, all four quarterbacks with a PAA better than Herbert’s won 10 or more games, and he was the only one in the top seven not to do so.

One of the biggest holes on this Chargers team last year (and for the last several) was the offensive line, which the team addressed in a big way by adding three new starters this offseason. They drafted an elite prospect, Rashawn Slater, 13th overall — he was in most analysts' top 10 overall. He could have a Tristan Wirfs-type impact his rookie year. They also added Corey Linsley, a former All-Pro who is on the short list of best centers in football. Last year, Herbert completed 75% of his passes from a clean pocket; if he can repeat that performance with a much higher percentage of clean pockets this year, he is going to tear the league up. Combine that offensive line with Keenan Allen, Austin Ekeler and Mike Williams, and the Chargers have one of the top offensive units in football.

The Chargers have one of the league's best defenses

Looking at the odds on DraftKings Sportsbook, the Chargers are the only team to have two of the top eight defensive players in terms of odds for winning Defensive Player of the Year — Joey Bosa and Derwin James. Getting both players back this year give the Chargers one of the league's best defenses. Bosa’s dominance as a pass rusher cannot be overstated — he led all defensive players in PRP (a formula that combines sacks, hits and hurries relative to how many times they rush the passer), ahead of Aaron Donald. He also was second in pressure percentage behind only Donald. James may be the league's most athletic safety — he can play man-to-man coverage with the best of them and is a versatile piece needed on the back end.

Lynn was one of the league's worst coaches in terms of both play calling and managing key situations. This led the Chargers to an abysmal record in one-score games the past two years. Moving on from him and the team regressing to the mean could alone be enough to make the Chargers a playoff team. New head coach Brandon Staley coached the league's No. 1 defense (the Rams) last year and will call defensive plays for the Chargers this season. Staley is a coach who embraces analytics (he said, “The thing about analytics is they drive better decision-making”), which should lead to far better decision making for the Chargers. He said he wants to be at the "forefront of that movement."

At +3500 on William Hill, the Los Angeles Chargers are worth betting to win the Super Bowl.