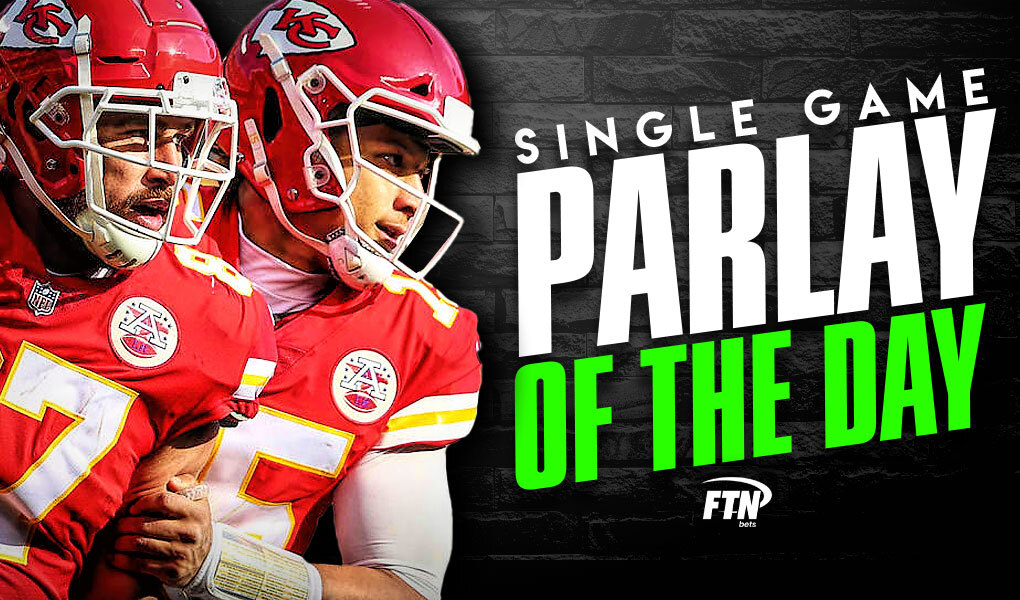 FTN's Eliot Crist picks out his favorite same-game parlays throughout the NFL season and playoffs.

Every week of the NFL season, I will be writing up my favorite same-game parlays for the key action. I will be posting them in the NFL Bet Tracker as soon as I place them, so if you want to ensure you always have the best lines to tail, head over to where you can find all of my picks along with the rest of the FTN sharps.

Looking for NBA same game parlays? Check them out for FREE, here.

Same-game parlays are different — you get an opportunity to add multiple events that increase your odds, and they are correlated. Same-game parlays are very similar to DFS game theory — you are telling yourself a story for how the game plays out and when you are right you win in a big way. Think Tom Brady has a huge game and throws for multiple touchdowns and over 300 yards? Well, he is going to have to take some receivers with him. Now the Buccaneers are putting pressure on the other team and they will have to respond by airing it out, and picking a receiver on the other team to run it back can give you serious odds and a big pay out. The reason to bet on the same-game parlays is because, when you are right, it pays off big. But it is very important when building them you aren't trying to tell two different stories.

I will write up my favorite same-game parlays throughout the playoffs. Some will have reasonable odds, some will have longer odds. Some might even be true longshots that will let you tell your significant other “We are going on vacation!”

Here are my picks for a same-game parlay for the Conference Championship Round.

Travis Kelce and the Chiefs Have a Big Performance

The Chiefs host yet another AFC Championship game with Patrick Mahomes at the helm, as he plays to go to his third straight Super Bowl. While the Bengals won the first meeting between these two teams this year, I am expecting the Chiefs to roll at home; their offense has flipped a switch in the playoffs. While the Bengals defense has been solid this postseason, the Chiefs are much different animal than the competition the Bengals have faced, and I expect Mahomes to light up a defense that finished fourth in adjusted completion rate and sixth in yards allowed.

Mahomes and the Chiefs have gotten much more comfortable in taking what the defense has given them, which has led to more efficiency and more Mahomes rushing. Last week, Mahomes’ 69 rushing yards led all players on the slate, and I expect him to continue his success on the ground. While his rushing prop has risen 11 yards since his opening 18.5-yard prop against the Steelers. Mobile quarterbacks run more during the playoffs, and I expect that trend to continue. Travis Kelce and Tyreek Hill remain the unquestioned top targets for Mahomes, and Kelce now has five straight games with 98-plus yards in the playoffs. I expect him to have a monster performance in this one as the Bengals who allowed the fourth-most receptions and fifth-most yards to tight ends this season. While Chiefs onslaught is the majority of the parlay, I am running it back with Ja'Marr Chase, who has dominated in the playoffs and went for over 200 yards last time against the Chiefs. Expect Joe Burrow to continue to feed the young superstar.

Here's a look at the latest odds for each game in the NFL.