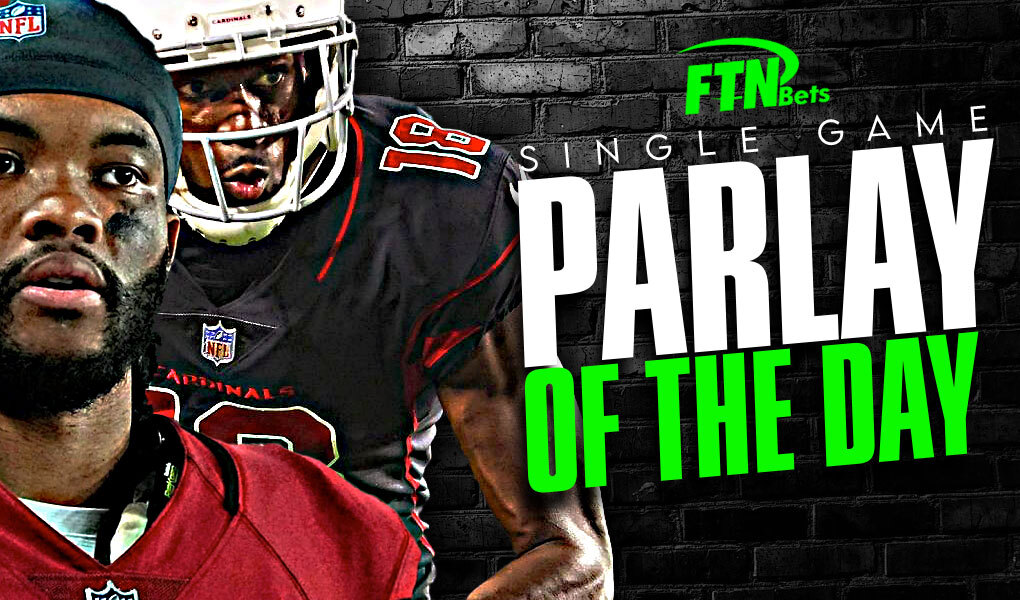 Same-game parlay of the day picks

FTN's Eliot Crist picks out his favorite same-game parlays throughout the 2021 NFL season.

Every week of the NFL season, I will be writing up my favorite same-game parlays for the key action. I will be posting them in the NFL Bet Tracker as soon as I place them, so if you want to ensure you always have the best lines to tail, head over to where you can find all of my picks along with the rest of the FTN sharps.

Same-game parlays are different — you get an opportunity to add multiple events that increase your odds, and they are correlated. Same-game parlays are very similar to DFS game theory — you are telling yourself a story for how the game plays out and when you are right you win in a big way. Think Tom Brady has a huge game and throws for multiple touchdowns and over 300 yards? Well, he is going to have to take some receivers with him. Now the Buccaneers are putting pressure on the other team and they will have to respond by airing it out, and picking a receiver on the other team to run it back can give you serious odds and a big pay out. The reason to bet on the same-game parlays is because, when you are right, it pays off big. But it is very important when building them you aren't trying to tell two different stories.

I will write up my favorite same-game parlays throughout the playoffs. Some will have reasonable odds, some will have longer odds. Some might even be true longshots that will let you tell your significant other “We are going on vacation!”

Here are my picks for a same-game parlay for the weekend of the Wild Card Round Monday game.

Kyler Murray Has a Monster Game

The last time these two teams played, Kyler Murray had 381 passing yards and 61 rushing yards as the Cardinals played catchup throughout. I expect Murray to use his legs more and look more like pre-shoulder injury Murray, when he was rushing for 67 yards per game and broke 38 yards in seven of nine games in the playoffs. In the first meeting between these two, Murray was excellent as well, throwing for 268 yards and adding another 39 on the ground. They won 37-20 in a game that wasn't as close as the score indicated and coasted the entire second half. He has dominated the Rams defense this season, and I’m willing to take +943 odds for that trend to continue.

Kyler Murray and Sony Michel to be Heavily Featured

Building off the Murray parlay, we are going to add three more legs. With no Darrell Henderson again, I expect Sony Michel to remain the feature back despite the return of Cam Akers, who is back just seven months after tearing his Achilles. Last game, Akers rushed five times for three yards and did not look like his old explosive self. Meanwhile, Michel now has 18 or more carries in six straight games, rushing for over 74 yards in all put one performance, against one of the league's toughest run defenses in San Francisco. Michel has seen a good workload in the passing game as well, with four or more targets in four of the last six games. The final leg is A.J. Green over 42.5 receiving yards, as he should avoid Jalen Ramsey for most of this one. Green has seen six or more targets in four of his last five games, while he has dominated Los Angeles this season, putting up 102 yards on seven catches in his last game and catching five passes 67 yards and a touchdown in the first showing.

Here's a look at the latest odds for each game in the NFL.