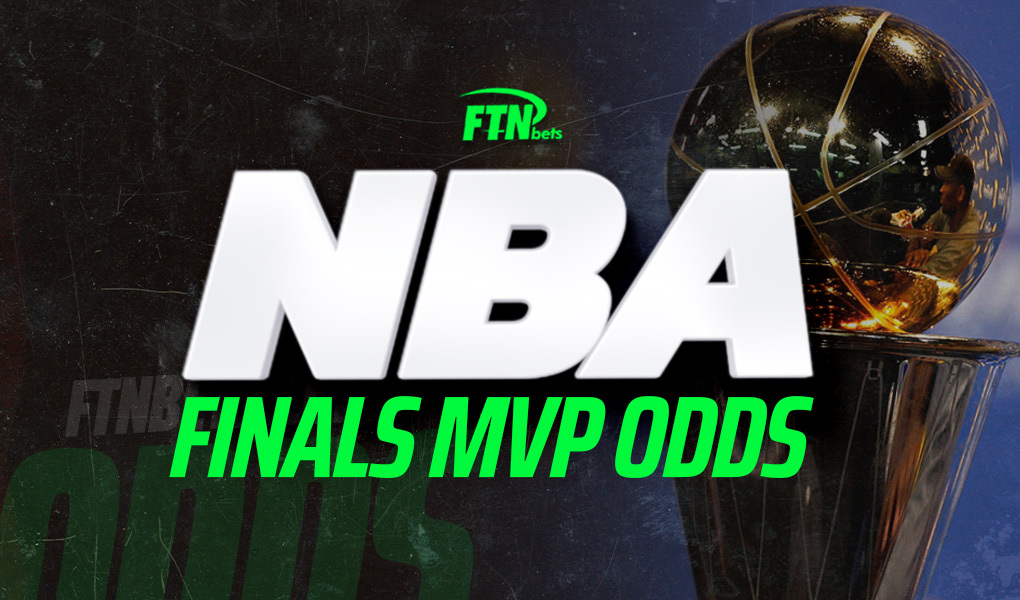 It’s a dream matchup for the 2022 NBA Finals with the Boston Celtics taking on the Golden State Warriors, and after two games, Stephen Curry remains the slight  betting favorite for NBA Finals MVP odds.

Sportsbooks like BetMGM have Curry at +100 odds to win the first Bill Russell NBA Finals Most Valuable Player Award in his illustrious career. The former MVP has never won this award despite winning three championships with Golden State and the Warriors are odds-on favorites for NBA Championship odds.

Standing in Curry’s way to win his fourth NBA Championship are the Boston Celtics, who are aiming for their 18th championship banner in franchise history. Naturally, Celtics superstar Jayson Tatum is right behind Curry for NBA Most Valuable Player odds at +135. Tatum leads Boston in scoring at 26.9 PPG and is playing in his first NBA Finals in his career.

The odds for the NBA Finals MVP market take a massive jump after Tatum with some bettors viewing this as the “value” range to place their bets. Third on the list is Celtics forward Jaylen Brown at +750. Celtics starters Al Horford (+4000) and Marcus Smart (+5000) round out the top five for betting options of Finals MVP.

Let’s examine why Curry is still the betting favorite for NBA Finals Most Valuable Player and if there’s value in looking at some longer odds for periphery players that could make a massive impact on the NBA’s biggest stage:

Who Will Win NBA Finals MVP?

Here are the current favorites for odds to take home the NBA Finals MVP, per BetMGM.

Why is Stephen Curry Favored for Odds to Win NBA Finals MVP?

Being the best player on the team that’s the likeliest to win the NBA Championship is usually a pretty good indicator of why they’d be favored to win the NBA Finals MVP. Stephen Curry easily fits that description.

Dropping 63 points in two games can't be overlooked for why Curry is in the driver seat for this award. The former NBA MVP has been steady as always by averaging 25.5 points per game in the playoffs with 30-plus points in eight of 18 games. He’s the engine that makes the Warriors’ offense go and with the defensive attention he draws on the perimeter, he floats all boats to allow snipers like Klay Thompson and Jordan Poole to have less-contested shots.

By now, most people are aware that Curry has yet to win NBA Finals MVP in his career. Does that make him a good bet at this stage? Well, it depends on how the Celtics defend him. Through two games, Boston has seemed to be a step behind on the tracking Curry in transition which has led to Curry having five wide-open three-point makes in the NBA Finals. Curry is 12 for 26 from behind the arc in the NBA Finals so giving him open looks is a death sentence for an opposing defense.

The series now goes back to Boston and if the Celtics defense is aggressive and attempts to take out Curry to make other Warriors beat them, bettors could see Steph’s box score stats like points, field goal percentage and three-point attempts drop comparatively to what we’ve seen in the previous two games.

However, Curry is so good that the Celtics defense may just gravitate to him too much and allow others to have open looks. The longer this series goes, the door opens up for more Warriors to make an impact and potentially sway the vote.

The NBA Finals is one of the few series that can see secondary players jump a level and execute on the biggest stage. By doing so, they (along with bettors) can be rewarded for NBA Finals MVP odds with wagering on players that aren’t the stars. With two games under our belts for the NBA Finals with the Boston Celtics and Golden State Warriors, here were the two players that initially stood out as potential winners of this award. Let's see what their NBA Finals MVP odds are now:

Without being too negative, it was a tough two games for Klay Thompson when it comes to NBA Finals MVP odds. The Splash Brother has scored a combined 26 points through two games while shooting 35% from the floor. Although his shot volume is there (23 shots, 15 from behind the arc), the Celtics defense has pestered him into rushing his movements and making him one-dimensional.

In 18 playoff games, Thompson is averaging 8.8 3PT attempts per game, third in the NBA Playoffs behind Curry and Luka Doncic. Despite having one less 3PT attempt per game than his Splash Brother, he’s actually shooting nearly the same as Curry from behind the arc at 38% compared to 39% for Steph.

At 100-1, it would take a shocking turn of events to see Klay regain the form we saw in previous playoff series. Hard pass for NBA Finals MVP odds considering he opened at +1400.

Although he hasn't really made a concerted impact through two games of the NBA Finals, Marcus Smart to win NBA Finals MVP isn't completely dead in the water. the NBA Defensive Player of the Year has only played a combined 45 minutes through two games and his defensive abilities have yet to be on full display with Curry raining threes.

Aside from his defensive ability, Smart did manage to get hot in Game 1 and finished with 18 points in the upset. He may only be averaging 33% from 3PT range in the playoffs but that doesn't seem to deter him from taking them as he's averaging 6.6 3PT attempts in postseason. He’s also third on the Celtics in shot attempts at a robust 13.1 and it's worth mentioning the Warriors allowed 14.3 3PT made by opponents in the postseason with 7.2 of them going to opposing guards prior to the NBA Finals

If he’s able to limit Steph to less than 25 points per game and hits some big shots, he certainly could sway voters of this award and be a great bet for NBA Finals MVP odds. However, he hasn't been able to do that through two games which is why his odds are now +5000 instead of +3000 or less. Bet with extreme caution.

The time has come where you want to place an NBA Finals MVP odds bet but are unsure what the odds mean. No problem. FTNBets will explain below how the odds work, what they mean and how much money you’d win if you win your bet.

When you go to an online sportsbook like BetMGM, you should see the betting options for NBA Finals MVP odds laid out like this:

The numbers listed beside each player are the betting odds for each selection. These are referred to as “American” odds and equate what you’d win if you placed a wager of $100. The player with the lowest number is considered the favorite to win. In this case, it’s Steph Curry.

The FTNBets Parlay Calculator can guide you to show you how much you’d win based on the NBA Finals MVP odds and the amount of money you’d need to bet.

How to Bet on Odds to Win NBA Finals MVP

When making a bet on NBA Most Valuable Player odds, it’s important to note the potential matchup and identify which team you think will win the NBA Finals. This award is almost always given to a player from the NBA Championship-winning team so make sure to follow that strategy when placing your bets.

The only player that has ever won NBA Finals MVP from the losing team was Los Angeles Lakers guard Jerry West in 1969. Of the four teams remaining in the 2022 NBA Playoffs, no player participating has ever won the NBA Finals MVP award except for Andre Iguodala of Golden State Warriors.

Betting on the NBA Finals MVP market can also allow you to get more “value” on the championship team by picking a star player to win the award than just betting on the team to win the title. For example, Steph Curry of the Golden State Warriors is the star player on the team and his odds are +225 to win the award compared to +150 odds for the Warriors just to win the NBA Championship. This is a way that bettors find more value for their wager, but it comes with inherent risk. If Curry was to get injured or if one of his teammates like Klay Thompson or Draymond Green have a great series with the Warriors winning the NBA Championship, this could reduce your chances of winning your bet with Curry. Keep this in mind before placing your NBA Finals MVP bets.