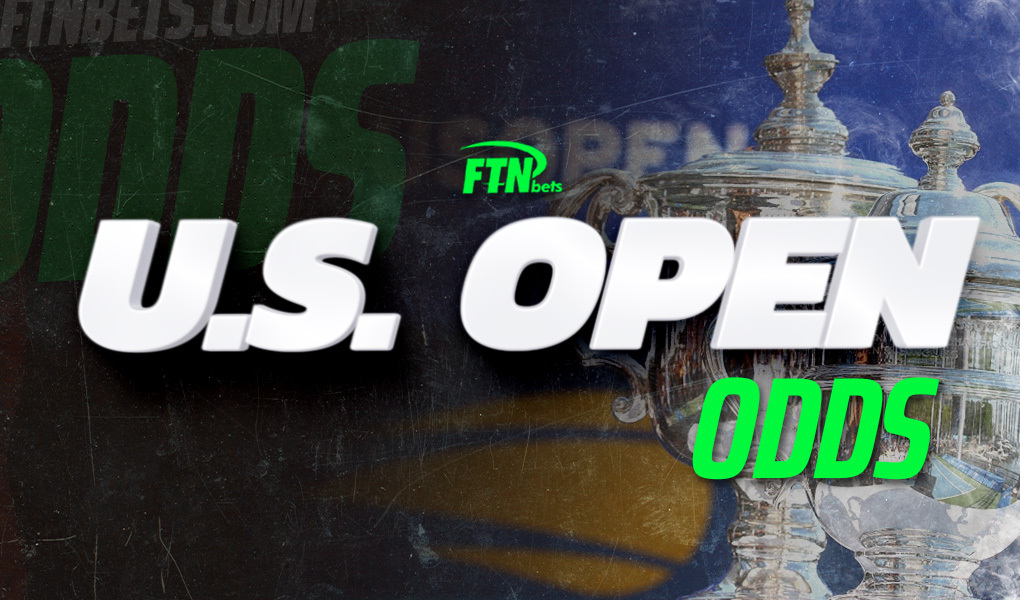 FTN looks ahead to the 2022 U.S. Open to find the best tennis bets and odds for this year's event.

The 2022 men’s U.S. Open is set to begin Aug. 29 at the Billie Jean King National Tennis Center in Flushing, N.Y., where Daniil Medvedev will look to overcome his injury-riddled first half of the year to pull off a rare repeat as U.S. Open champion. Here, we’ll take a look at the 2022 U.S. Open odds to provide you with the necessary information to bet on the event.

Three-time champion U.S. Open champion Novak Djokovic won’t be competing in 2022, and that opens the door for a handful of players to make a run at the championship.

The most notable beneficiary might be Daniil Medvedev, who defeated Djokovic in last year’s tournament final. He’ll return to New York to defend his U.S. Open title, but the 26-year-old Russian was forced to lay low for almost two months earlier this year due to hernia surgery. Post-surgery, he’s still looking to regain the form that brought him his first major last year.

Below is a list of the 2022 U.S. Open odds per FanDuel Sportsbook.

Who Are the Favorites at the U.S. Open?

The aforementioned Medvedev’s odds are a bit surprising considering his recent struggles, but oddsmakers are respecting the defending champ and his hardcourt prowess. If the world No. 2 can regain his old form, he’ll deserve every bit of the respect oddsmakers are showing him.

The King of Clay hasn’t been too shabby on hardcourts in his career, and that includes the four U.S. Open titles under his belt. His U.S. Open odds have come all the way down from +850 since he’s already captured two Grand Slam titles this year and won’t have to go through Djokovic.

Alcaraz has been climbing the ATP rankings for over a year now, but his glorious run at the Madrid Open earlier this year officially burst his under-the-radar bubble. The up-and-comer has been one of tennis’ best in 2022 and will look to build on his already-impressive resume.

The 2022 U.S. Open will serve as the 142nd edition of the tournament and it will be the fourth and final Grand Slam of the year, as it has been since 1987. The tournament is played at Billie Jean King National Tennis Center, home to the famous Arthur Ashe Stadium, and boasts 22 outdoor courts in total. The 2021 purse of over $57 million was the largest package in tournament history, with champion Daniil Medvedev taking home $2.5 million.

When and Where to Watch the U.S. Open

Essentially all of the major legal sportsbooks will offer 2022 U.S. Open odds, but be sure to check out which sportsbooks are available in your state. FanDuel, DraftKings and BetMGM are widely available books that offer lucrative welcome packages and sign-up deals.

Who are the Most Recent Winners at the U.S. Open?

Who has the most U.S. Open Championships of all time?

Who has the most Grand Slams of all time?

Who is the Oldest Player to Win the U.S. Open?

Setting up a sportsbook account is a simple process, and it would be wise to do so on as many platforms as possible. All they need is some basic information, and then you’ll be ready to place your first wager in no time. It is essential to have multiple accounts to shop for the best odds and take advantage of all the free money books like to hand out to new users.

Just about every sportsbook will have some version of a deposit bonus for you after you sign up. Be sure to read the fine print to ensure you’re getting the most bang for your buck upon signup.

Check out picks from our experts and be sure to do your own research as well. Find a player whose odds you particularly like and place a wager.