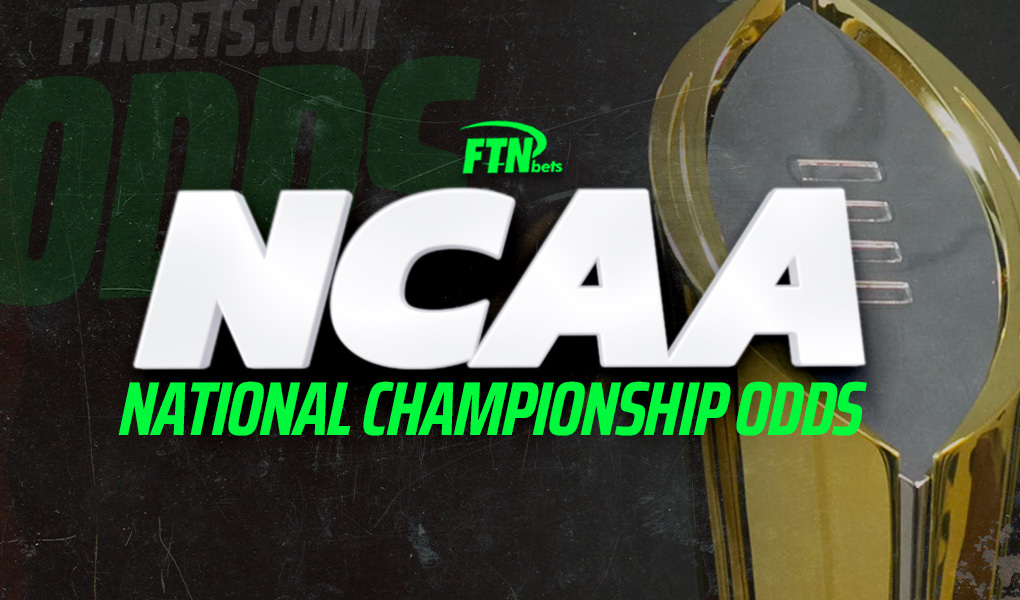 FTN's Doug Ziefel takes a look at the favorites to take down the college football national title in 2022.

The College Football Playoff opened the door for any elite contender to get their shot at the National Championship. However, the first non-Power Five conference team did not fare so well against the blue bloods of college football. Although, with every new year comes a renewed sense of optimism and for some programs a few new faces come along as well. With that being said, let’s take a look at the odds to take home this year’s National Championship.

Here at the top 15 teams with the best odds to win this year’s National Championship, per DraftKings Sportsbook.

Why is Alabama the Favorite to Win the National Championship?

Well, let’s start with the fact that they are the preseason No. 1 team in the country, according to ESPN. Legendary coach Nick Saban gets most of the team that lost in last year’s National Championship game back. Along with them, comes a flurry of skill position guys from the transfer portal and the No. 2 ranked recruiting class. This is all par for the course when it comes to Alabama as Saban has turned them into a college football dynasty. Alabama has been a part of every College Football Playoff since its inception and this year looks like it will be no different.

The Buckeyes are the No. 2 team in the preseason poll but are third on the odds board. Ohio State will be a popular pick to win the National Championship as they return 13 starters from last season, which includes some of the best skill position players in the country. We saw this team’s potential in the exhilarating Rose Bowl last year and if they can improve on the defensive side of the ball, this team could beat anyone in the country.

The Trojans have to be the most interesting team in college football as the addition of Lincoln Riley subsequently lead to a complete facelift for the program. Former Oklahoma quarterback Caleb Williams followed Riley to southern California, but they recently got even better. 2021 Fred Biletnikoff Award winner Jordan Addison transferred from Pitt. He and Williams are now one of the most potent QB/WR combos in the country. Many believe that this is USC return to the top of the college football world.

How to Bet on NCAAF National Championship Odds

National Championship odds are their juiciest before the season, so it is ideal to get them while the value is at its highest. Say you like Ohio State to win the National Championship this year. A winning bet placed now would line your pocket nicely as it would turn $100 into $550.