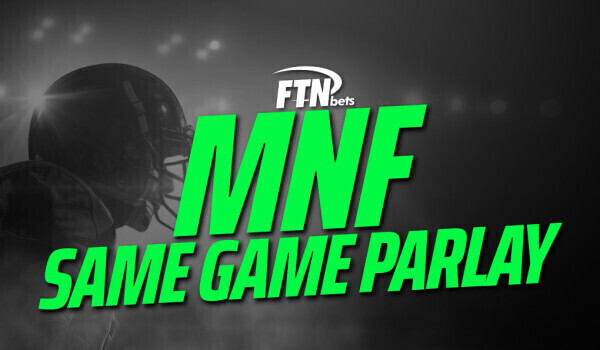 We have a nice NFC South battle on tap for Monday Night Football to close out Week 13 of the NFL season. The Tampa Bay Buccaneers are taking on the New Orleans Saints. Our NFL same game parlay of the day is going to try to capitalize on the aerial attack for both teams. Each has a clear No. 1 WR, and neither of them are players drafted first in either of those receiving groups in the preseason.

Both of these teams have underperformed in 2022, but the good news is someone has to win this game. With that entire division being under .500, this game has added importance for someone’s chances to make the playoffs as a divisional winner. Here is how I am going to make a profit with my same game parlay of the day.

Same Game Parlay of the Day

For tonight’s same game parlay, I am trying to stick to what I know, not what may happen. I know Michael Thomas has been out most of the year, and I know that his absence has elevated rookie Chris Olave to the No. 1 wide receiver role. How do I know this? Olave has a team-leading 56 receptions, seven more than Alvin Kamara. He also leads the team in receiving yards at almost double Kamara’s output and not surprisingly leads the team in targets at 92.

That equates to over five catches on eight targets for 75+ yards per game. I also know that the weakest part of the Tampa defense is their pass defense, as they are just middle of the pack for fantasy points allowed to the wide receiver position. They shut down opposing running backs, holding them to the third-fewest fantasy points, which means the way to attack them is through the air. The number we are taking on Olave is 20 yards below his seasonal average. He has the softest matchup and plays for the team likely to be trailing, which would put game script in his favor. Again, we are not trying to do anything crazy here. The most likely path to victory is usually the obvious one in football and sports betting.

On the Tampa side, we know that Chris Godwin has been super consistent since rounding into form after his injury. In every game since returning in Week 4, Godwin has finished with at least six receptions. He is averaging just shy of 10 yards per catch, which means his floor projection here should be 6-60. Godwin is actually playing better than a floor projection, as he is coming off a monster 12-110-1 on 13 targets last week against Cleveland.

Godwin is Tom Brady’s security blanket, especially with guys like Russell Gage and Cameron Brate being listed as questionable. We also know that the Saints are tougher against the run than the pass this year too. They are not as elite as the Bucs, but they rank top 10 in most rush defense categories. They rank middle-to-bottom of the pack in many pass defense stats, which is why Godwin is so interesting tonight.

As for the Bucs -3.5, I actually think that this spread should be at least 1.5 points higher. This may surprise many of you who know I am not a fan of Tampa this year, but it should also give you confidence that despite being someone who is lower than the field on the Bucs, I still expect them to beat the Saints by more than 3.5 here. If Godwin has a big game and helps the Bucs build a lead, that actually plays to the deep passing yardage totals from Olave in a negative game script. That’s the correlation I am looking for in this same game parlay of the day.