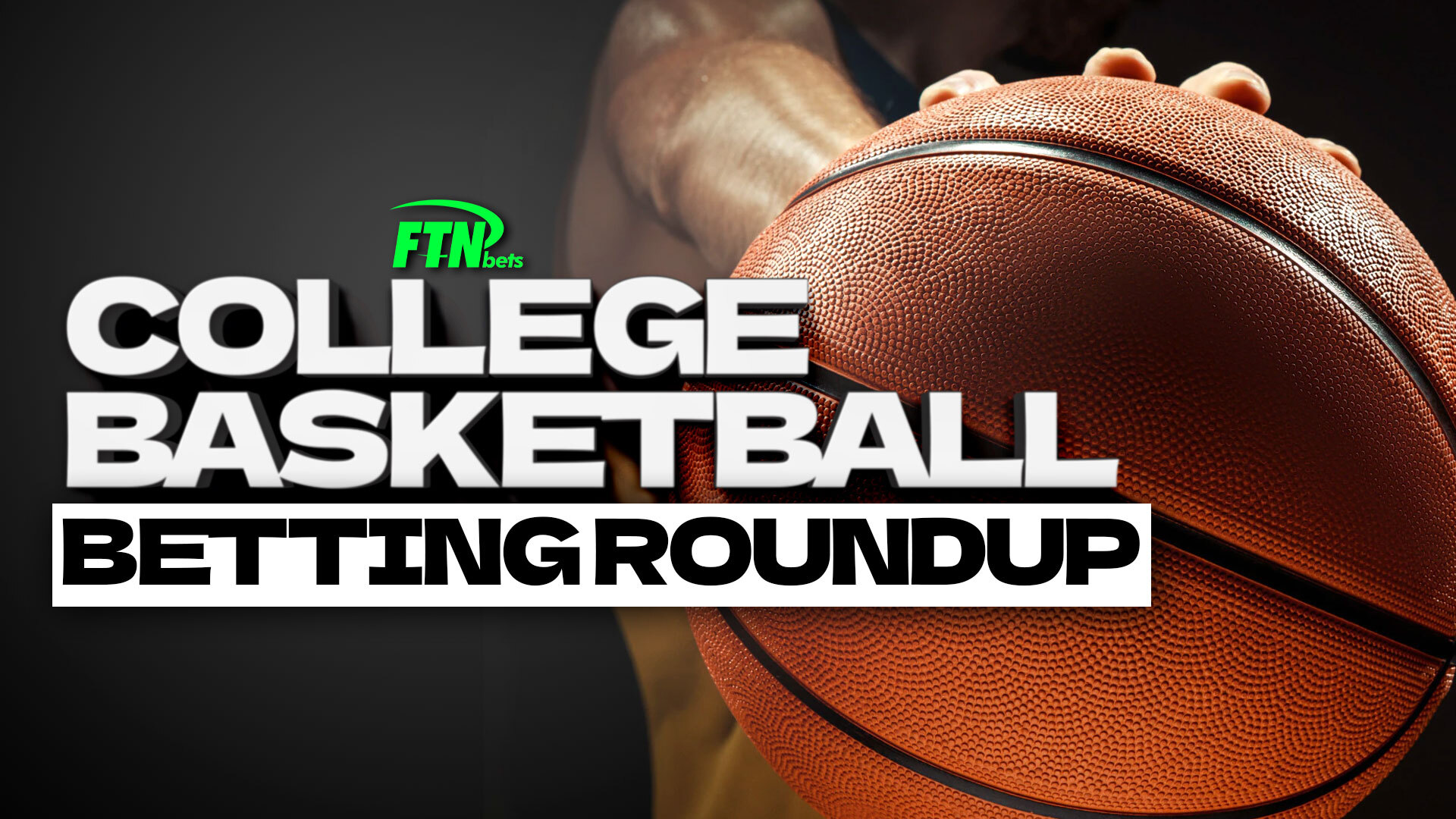 FTN's Nick Makowitz does a trip around the college basketball betting landscape to see where everything stands as we head toward February.

The end of the football season always means a lot of gambling eyes are turning toward the college basketball world. If you’ve been focusing on the pigskin all season and are just now checking out the college basketball landscape, you’re probably looking for an easy way to catch up on the season’s top storylines. Here, we’ll roundup the season by covering the best college basketball teams, buy-low and sell-high candidates, potential Cinderellas and those players you swear have been in college for a decade (shout out Perry Ellis, the OG).

As January draws to a close, Houston and Alabama have emerged as two teams in a class of their own. Houston did lose to Alabama, but they have throttled most of their opponents with suffocating defense and football-like physicality. Alabama dropped games to UConn and Gonzaga, each before winter break, but the Crimson Tide hit their stride in January. They play fast, are extremely physical and can score with anybody in the country. Led by freshman Brandon Miller, Alabama has the DNA to win the whole thing.

These are the legitimate national title contenders that have shown a few more flaws than Houston and Alabama throughout the season. Still, there’s an awesome mix of high-level talent and great coaching in this tier, making it completely reasonable to place a future on any of them. Nobody should be surprised when these teams are hanging around in the Sweet 16 and beyond come March.

This is probably the toughest tier to judge. Each team has flashed a championship-winning ceiling, but also shown vulnerabilities that make it hard to believe they could actually cut down the nets.

Xavier, Gonzaga and Baylor boast elite offenses but aren’t big fans of defense. Connecticut was 14-0 and ranked No. 1 but proceeded to lose five of six in the Big East. Kansas State and TCU have each knocked off Kansas, but TCU can’t shoot and Kansas State is massively overachieving with a first-year head coach. Iowa State squeezes the life out of opposing offenses but is flawed offensively itself, and Virginia, the outlier in this group, is as steady as usual but hasn’t dominated lesser opponents as much as one would hope.

Buying low and selling high is a strategy as old as betting itself, and depending on when you jump into the college basketball season, those opportunities will present themselves differently. Kansas State, Marquette and Iowa State are great examples of preseason buy-lows that have worked out well, with each team cashing more often than not for spread bettors.

While these were great teams to buy low on at the start of the season, it’s good to look for new teams and new opportunities as the year progresses.

Connecticut bettors have been on a roller coaster this season after the Huskies followed up their 11-1 ATS start with a brutal 1-7 ATS stretch. While UConn has been spiraling since being ranked No. 1 in the country, I have faith that this uber-talented roster and coach Dan Hurley will get the train back on the tracks.

Ohio State has fallen to the depths of the Big Ten despite having a deep, talented roster with a healthy mix of experience and talented youth. Chris Holtmann’s squad has spent the majority of the season ranked inside the top-20 at Kenpom, perhaps indicating that they’re not as far off as one might think.

Creighton was a preseason darling, and the Bluejays lived up to the hype early on. In the Maui Invitational, they knocked off Texas Tech and Arkansas before falling to Arizona in the title game by just two points. Starting center Ryan Kalkbrenner missed time with an illness and the Bluejays were winless in his absence. Now, Kalkbrenner is back and Creighton is starting to fire on all cylinders again.

After an extremely hot start to the season, Kansas finally fell victim to the brutal Big 12 schedule and lost a few games in a row. Kansas may have been a bit overrated early on after a few of their big wins turned out to be less impressive than initially thought. Still, Bill Self is arguably the best coach in college basketball, and he’ll almost certainly stabilize the reigning national champs and end their free fall with a few big wins.

There are plenty of underachieving teams that represent the antithesis of Kansas State, Marquette and Iowa State this season, including some blue bloods. Duke, Kentucky, North Carolina and Villanova have all been disappointing relative to preseason expectations, and they’ve all been black holes when it comes to backing them on the spread.

In a conference with Duke, North Carolina and Virginia, it was Clemson that started 7-0 in ACC play before dropping a road game to Wake Forest. The Tigers’ win streak was highlighted by a home win over NC State, a road win over a depleted Virginia Tech team and a home victory over a Jeremy Roach-less Duke team. Clemson’s schedule is soft through January, but February brings road trips to North Carolina, NC State and Virginia.

The Boilermakers were picked fifth in the Big Ten in the preseason, but they started 13-0 and climbed to No. 1 in the AP poll thanks in large part to 7-foot-4 center Zach Edey. Despite winning 19 of their first 20 games, luck has been on Purdue’s side. They mostly avoided the Big Ten’s elite big men, of which there are many, in their first nine conference games. I fully expect the grueling Big Ten schedule to catch up to them in the back half of the year, and I believe teams with bigs who can counter Edey will have more success than the teams Purdue has beat up on thus far.

Bruce Pearl is once again coaching his tail off for an Auburn squad that lost Jabari Smith and Walker Kessler to the NBA. The Tigers, though, have basically zero impressive wins, unless knocking off an injury-riddled Arkansas team at home counts. Simply put, they haven’t done much to warrant a top-20 Kenpom ranking, and the back half of the season presents the toughest part of their schedule. They’ll take a trip to West Virginia, play a home-and-home with Tennessee, host Alabama and travel to Rupp Arena to take on Kentucky.

The 2022-23 college basketball season has been a great one for mid-majors. The schools we usually categorize as Cinderellas have benefited a ton from the transfer portal and NIL. They’re older, more experienced and more skilled than they’ve ever been before, and it’s very possible that multiple mid-majors make deep runs in the NCAA Tournament.

The Owls have been so good this season that they’ve cracked the AP Top-25, and should they fall in the Conference USA tournament, they’ll likely be able to lean on a formidable at-large resume that includes an impressive victory at Florida. If you’re looking for a Cinderella team to buy come March, you’ll love Florida Atlantic’s deep bench and addiction to shooting three. 38% of their points come from downtown, good for 25th in the nation.

The Kent State Golden Flashes aren’t as potent offensively as FAU, but they are an old, elite defensive team that forces turnovers at a top-20 rate in the nation. While they lack some of the impressive wins that FAU has so far this season, Kent State has no bad losses. Entering the last week of January, Kent State has lost just three games – at Charleston, at Houston, at Gonzaga – and none by more than seven points.

Charleston plays similarly to FAU, jacking up threes and playing up tempo. They don’t shoot it with the same deadeye accuracy (34%), but they do rebound 35% of their missed shots. This is a super deep team that plays an analytics-friendly style of basketball where they look to hit threes and get to the free throw line while limiting opponents’ three point and free throw attempts.

One easy way to get immersed in college basketball season is by knowing who the best players in the sport are. College basketball provides that awesome variety of players with NBA-like skill and players who will be dropping 40 at a local YMCA in 10 years. Regardless of how they do it, here are some of the guys who have made the biggest individual impact so far this season:

If you’re someone who tunes into college basketball after football season ends, you’re probably also looking for familiar faces. No, Perry Ellis isn’t playing for Kansas anymore, but there are plenty of players that are carrying on his legacy by making it seem as if they’ve been in college for a decade. The list above mostly covers it, but don’t forget about Kihei Clark (Virginia), Hunter Dickinson (Michigan) and Tyger Campbell (UCLA).