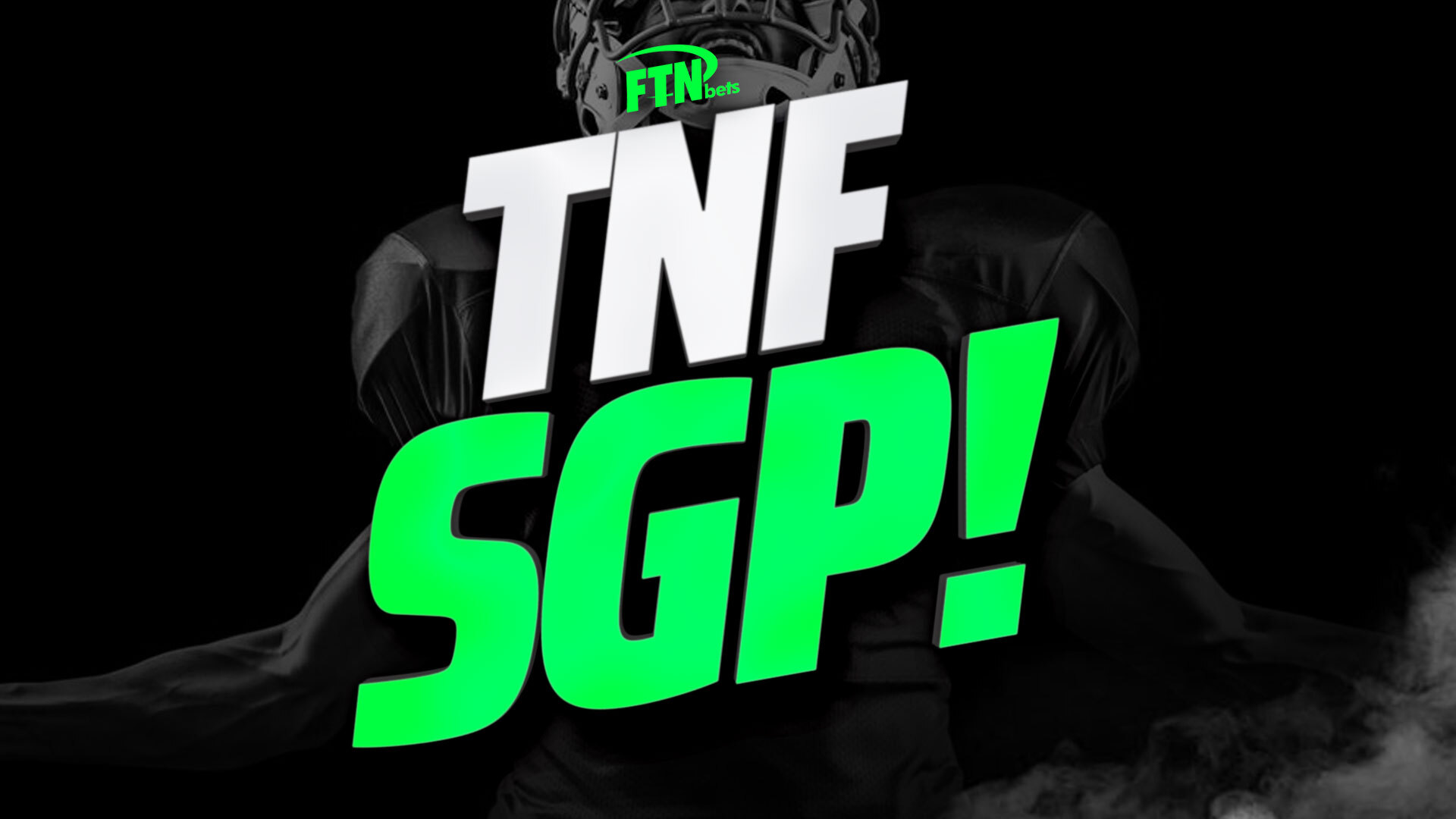 Every week of the NFL season, we at FTN will be writing up our favorite same-game parlays for the Thursday and Monday night football games, as well as for the Sunday slate. We will also be posting them in the NFL Bet Tracker, so if you want to bet them with us, head over to where you can find all of the FTNBets’ team’s picks.

The Thursday night game for Week 4 features the only remaining 3-0 team in the AFC traveling to take on the defending AFC champs. Despite being the lone remaining undefeated AFC team, the Miami Dolphins are 4.5-point underdog against the Bengals in Cincinnati.

This game does have a few question marks that could drastically change the outlook. Tua Tagovailoa either had a concussion or a back issue in Week 3, depending on who you ask. He says it was a back. The NFLPA wants the league to look into whether Miami followed concussion protocol. Tua sat out Monday’s practice and is listed as questionable. Teddy Bridgewater would get the start if he does not go.

Joe Mixon left the last game early with a leg injury. He seems to be fine, but definitely keep an eye on this with the short week. Tee Higgins took a helmet-to-helmet hit on a long catch in that game and was out with a concussion. He also seems to be good to go Thursday, but the situation is worth monitoring.

The 4.5-point spread does raise some red flags for me as I think it’s a bit above what expectations should be. Maybe Vegas is telling us they expect Tua to be out or limited. Just because a guy is playing does not always mean he should. Justin Herbert and the disaster that the Chargers were in Week 3 is a good lesson for people to remember before betting this game.

The Bengals offense has not put up the massive scoring numbers this year, but their touchdowns have been through the air when they scored. Joe Mixon has seen a lot of volume but has zero touchdowns on the year. Backup Samaje Perrine did score last week against the Jets, but even that touchdown came via the pass. Burrow has thrown for 6 touchdowns already and had 2 or more in two out of three games played so far. The Miami defense was torched by Lamar Jackson in Week 2 for three passing touchdowns and allowed 400 yards and two touchdowns to Josh Allen last week. The Bengals are favored, at home, in a game with a total around 48. We project the Bengals for three or more touchdowns. So far, their touchdowns have all been through the air, so it makes sense to count on Joe Burrow to throw two or more in this matchup too.

Ja'Marr Chase has been the better touchdown-scoring option for the Bengals through the first three weeks, scoring in the first and third games. Higgins has been in and out of the lineup with a few concussions knocking him out of the game in two of the first three weeks. When on the field though, he racked up over 70 yards on 6 catches against the Cowboys and over 90 on 5 catches vs. the Jets. The 49.5 seems like a low number, even if this is a tougher defense he faces Thursday. The Bengals passing attack is how they build leads for Mixon to protect running the football in the second half. That game plan worked well against a bad team like the Jets in Week 3. The Dolphins may be able to put up some points on their own, which would mean the Bengals project to have to pass more in the second half of this game. That is why I am riding the Bengals passing game in this one. I think we get a higher-volume game out of Burrow and that should trickle down to production for his top two pass-catching options.

What is a Same Game Parlay?

A same game parlay is a bet that links multiple outcomes together that all come from the same event. Every NFL game has hundreds of different bet types. Sports books will offer bets on the spread, on the total, on who will score a touchdown, how many yards certain players will have, and many more events. A bettor has the ability to make a straight bet on each of these markets individually. If a bettor decides he wants to get a bigger payout by linking multiple outcomes together, that is what a same game parlay is for.

Same-game parlays are different — you get an opportunity to add multiple events that increase your odds, and they are correlated. Same-game parlays are very similar to DFS game theory — you are telling yourself a story for how the game plays out and when you are right you win in a big way. Think Tom Brady has a huge game and throws for multiple touchdowns and over 300 yards? Well, he is going to have to take some receivers with him. Now the Buccaneers are putting pressure on the other team and they will have to respond by airing it out. Picking a receiver on the other team to run it back can give you serious odds and a big pay out. The reason to bet on the same-game parlays is because, when you are right, it pays off big. But it is very important when building them you aren't trying to tell two different stories.