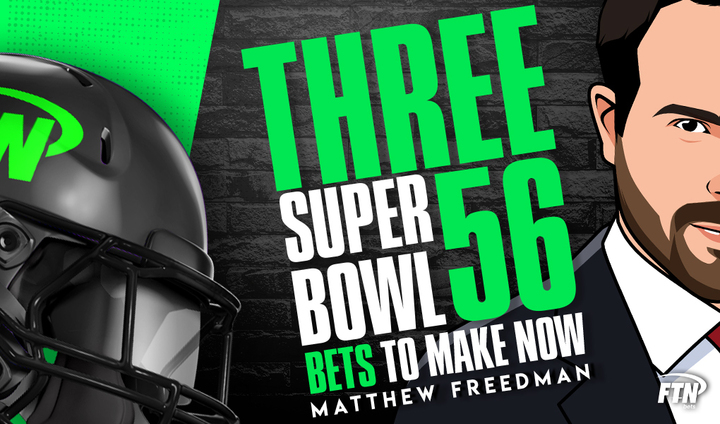 I’ve said it before, and I’ll say it again: When it comes to the NFL season-long futures market, I tend to bet on players who are longshots (+1000 or higher).

It’s the same with teams: I prefer longshots to chalk, primarily because I view season-long futures more as profitable entertainments and less as hardcore investments.

With that in mind, here are three Super Bowl bets I’m making right now using the best odds available in our Prop Shop Tool and the implied probabilities that accompany the odds (easily accessed via our new Betting Odds Calculator).

The Chargers are challenged in that they’re in a division with the strong Chiefs and potential-laden Broncos, but I still like them.

Quarterback Justin Herbert is an ascending second-year quarterback coming off a historic 4,336-31-10 passing campaign with a 66.6% completion rate, and I expect him to be better this year within new offensive coordinator Joe Lombardi’s system.

On top of that, Herbert should have an improved offensive line with the additions of center Corey Linsley, guard Matt Feiler, and first-round tackle Rashawn Slater.

On defense, with new head coach Brandon Staley (former Rams coordinator), the Chargers should also be better with the return of All-Pro safety Derwin James and addition of second-round cornerback Asante Samuel.

With playmakers and opportunity for notable development on both sides of the ball, the Chargers have underappreciated upside.

In the AFC East, much of the attention is on the Buffalo Bills, who have MVP candidate quarterback Josh Allen, and the New England Patriots and New York Jets, who have rookie quarterbacks Mac Jones and Zach Wilson.

But the Dolphins are the team catching my eye. With the arrival of head coach Brian Flores two years ago, they have focused on rebuilding the roster with a long-term analytics-based mindset, and I think this is the year that perspective turns into on-field production.

In his first month of action in 2019, Flores utterly tore down the roster. Unsurprisingly, the Dolphins went 0-4 in that span and looked like one of the worst teams in NFL history. Since then, however, the Dolphins have been galvanized into one of the league’s toughest teams, going 20-8 against the spread and markedly outperforming expectations.

As the saying goes, good teams win, but great teams cover -- and the Dolphins have covered more than almost any other team over the past two years.

On offense, quarterback Tua Tagovailoa could progress in his second season, and the team has upgraded its pass-catching capacity with wide receivers Will Fuller and Jaylen Waddle. As Chris Meaney and Jake Ciely discuss in their Dolphins team preview on Mean Streets, Tagovailoa now has some good receiving options.

On defense, the Dolphins have an upside-seeking unit with cornerbacks Xavien Howard, Byron Jones, Jason McCourty and Noah Igbinoghene in the secondary, and edge defenders Emmanuel Ogbah and Jaelan Phillips to rush the passer.

Given the Dolphins’ young talent and soft schedule, I can see them finishing as one of the highest seeds in the AFC with a little luck.

As I said to Preston Johnson on Last Word Cheetah last week, I have a +20000 ticket on quarterback Ryan Fitzpatrick to win MVP -- so, yeah, I like the Football Team.

The Football Team made the playoffs last year (albeit with a 7-9 record), and I’m doubtful that any of the other teams in the NFC East have improved enough to catch them.

The strength of the team is the defense, which is one of the league’s best units. Last year, Washington was No. 3 with 6.4 yards allowed per attempt and No. 6 with 46 sacks (per our Advanced Passing Defense Stats Tool). This year, the defense might be even better with the maturation of second-year edge rusher Chase Young (last year’s Defensive Rookie of the Year) and addition of veteran cornerback William Jackson (a perennially undervalued cover man).

Washington is No. 10 in Jeff Ratcliffe’s cornerback rankings, although I think there’s room for upside in the position group, and the defensive line is incredibly stout with Young, edge rusher Montez Sweat and defensive tackles Jonathan Allen and Daron Payne.

On offense, the Football Team should be markedly better than it was last year. Fitzpatrick is one of the same faces/new places players I’m happy to roster in fantasy, the team has added wide receiver Curtis Samuel, and each of wide receiver Terry McLaurin (third year), running back Antonio Gibson (second year) and tight end Logan Thomas (second year starting at position) could progress this season.

Fitzpatrick has the YOLO-imbued ability to get hot and play above his level for an extended run, and with Washington’s pass-catching talent, he could go off.