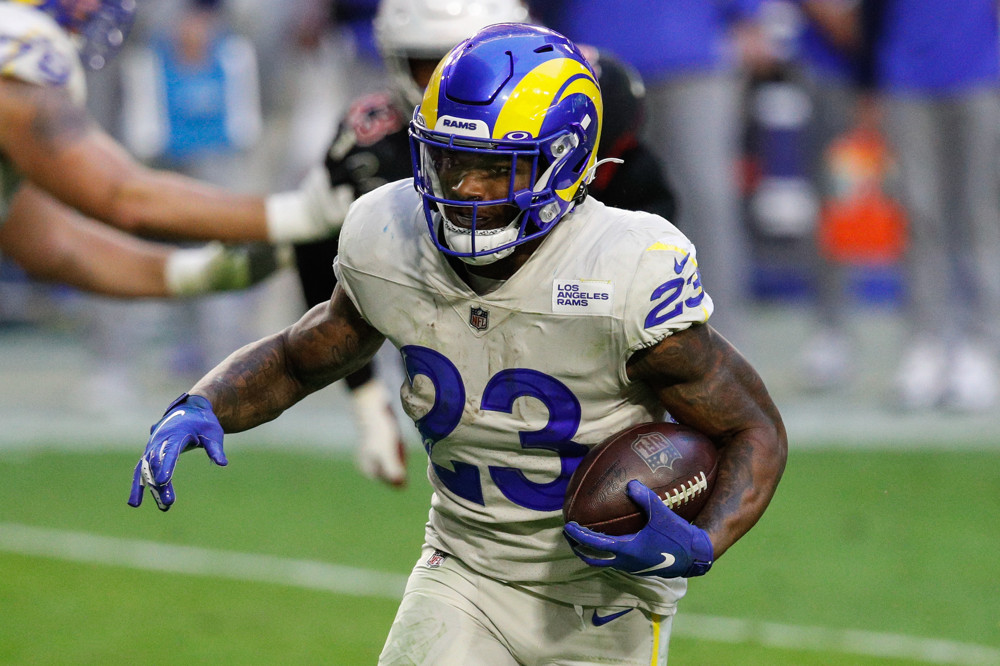 How the Cam Akers injury impacts odds for NFL futures

Injuries in the offseason are part of the NFL cycle every year as athletes train year-round to be in the best possible shape for the upcoming campaign. Well, the hype for one running back with the Los Angeles Rams in Cam Akers was extinguished quickly after the news broke of him being lost for the 2021 season due to a torn Achilles tendon. This development has left NFL bettors and fantasy football fans scrambling as it will greatly impact NFL futures and fantasy rankings.

This was a tough pill to swallow July 20, as Akers was due for a breakout season as the lead back in head coach Sean McVay’s offense. Akers was just coming into his own in his rookie year and in the final eight games of the season, he had 660 rushing yards and four rushing touchdowns to go along with 12 catches for 151 yards and one TD. He was a bit of a darling for FTN's Matthew Freedman, who is likely weeping right now while watching Akers 2020 highlights.

Let’s look at the shift from sportsbooks and see the trickle-down effect from Akers’ injury to NFL odds:

The run game for the Rams was undoubtedly their bread-and-butter for the last few seasons and with Akers no longer in the fold for 2021, Los Angeles does take a hit for Super Bowl 55 odds. They’ve moved from +1,200 to +1,400 and while that’s not a big shift, it does lower their implied probability by nearly 2%, which is massive for betting.

Darrell Henderson is expected to become the lead back with the Rams, and they’ll likely shop around to see if there are any veterans that can help stabilize a backfield that seemed certain to feature Akers exclusively. The Rams should still be OK for a Super Bowl bet because they have shown in previous years that they can be creative enough to manufacture points. That being said, not having a top RB to pace them will undoubtedly make things more difficult.

This is the NFL futures market that I’d likely fade the Rams in just because each team in the division has improved in the offseason. The NFC West was going to be a dog fight with or without Akers so this odds move should be more than .35 cents based on that factor. Look for the odds to keep moving and by the time the season rolls around, it wouldn’t shock me if the 49ers are installed as the betting favorite for NFC West odds.

Much like Super Bowl 55 odds, not as much of a shift in this market because the Rams are still in a good place for talent at key pieces of the roster. With 2021 being the second season where there’s an additional playoff spot in each conference, there’s less room for error for Conference Championship odds as opposed to the divisional futures.

The one positive note about the Rams is new QB Matthew Stafford is kinda used to being fairly successful without a Pro Bowl RB to fall back on. It’s obviously going to make things a bit more difficult for him but with his receiving corps and McVay’s system, I still think the Rams are a team nobody wants to see in the playoffs. The odds at +700 to win the NFC Championship still has value at this stage.