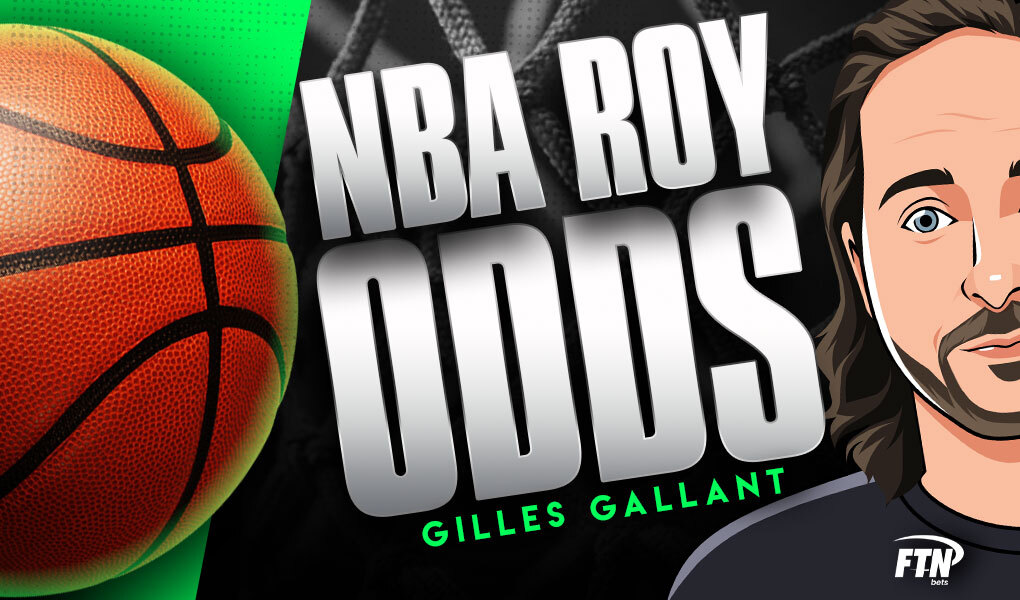 Find the latest betting odds for 2021-2022 NBA Rookie of the Year as our NBA expert gives his best bets and betting analysis for who will the award.

In what’s being described as one of the best NBA Draft classes in league history, one rookie stands alone as the betting favorite for 2021-2022 NBA Rookie of the Year odds.

Evan Mobley of the Cleveland Cavaliers is listed at -400 at sportsbooks like BetMGM to win the 2021-22 NBA Rookie of the Year award. The third overall pick out of USC was highly touted coming out of college with some debate about whether he should go first overall.

As for other contenders in odds to win NBA Rookie of the Year, look no further than Oklahoma City for the Thunder's Josh Giddey, who is +900 to win the award. The young Australian currently leads the Thunder in rebounds and assists and was taken sixth overall by OKC.

The preseason favorite for NBA Rookie of the Year odds was Cade Cunningham, who the Detroit Pistons took first overall and was listed at +250. Cunningham missed the first nine games of the season, so he’s been playing catchup to his contemporaries, but sportsbooks trust he may still make his presence felt with his odds at +1000 to win the award.

To round out the top five options for NBA rookie betting odds are Toronto Raptors Scottie Barnes (+1100) and Orlando Magic’s Franz Wagner (+2000). Barnes was the fourth overall pick and is a do-it-all forward who fills the stat sheet while guarding multiple positions. Wagner has been a catalyst on offense for the Magic with his ability to make plays and shoot from behind the arc and second on the team in scoring with 15.6 points per game.

Let’s break down why Mobley is the betting favorite and if there’s a long shot draft pick we should be considering for NBA Rookie of the Year odds.

Who will win NBA Rookie of the Year?

(All odds from BetMGM)

Why Is Evan Mobley Favored for NBA Rookie of the Year Odds?

There are a few statistical reasons for why Evan Mobley is favored for odds to win NBA Rookie of the Year, but on the surface, it’s mainly because of how well the Cleveland Cavaliers are doing in the standings.

Picked to finish near the bottom of the Eastern Conference, the Cavs sit at 35-23 through 58 games, and that’s mainly because of their defense, which starts with Mobley. The 6-foot-11 rookie can switch on to guards if needed but can also swat away shots like the best of them as averages 1.6 blocks per game, which ranks eighth in the NBA. As a result, the Cavaliers are holding teams to 102.5 points per game, which ranks first in the NBA. To put that statistic in perspective, the Cavs ranked 18th in that category last season while giving up 112.3 points per game. It shouldn’t be a shock to see the only difference on the roster from year-to-year is Mobley.

Then when you just look at Mobley’s individual stats, it’s hard not to get excited about this new hybrid of big man. He’s averaging 15 points and eight rebounds a game as the third scoring option while being one of six players to average at least 1.5 blocks per game and one steal per game. He also can run the floor like a gazelle. The only “knock” on him so far is he doesn’t get to the free throw line much (3.6 attempts per game) while only shooting 26.5% from behind the arc. Those are forgivable for an NBA rookie who is still feeling it out.

When betting on odds to win NBA Rookie of the Year, the odds can sometimes be confusing for a new bettor. Below, FTNBets will explain what to look for when getting ready to place a bet. After you’ve signed up for a sportsbook in your state and deposited funds to wager with, the NBA Rookie of the Year odds should look something like this:

Each of these players are the top-four options at your sportsbook to win NBA ROY and the numbers beside them are American odds. This means what your potential payouts would be if you were to bet $100 on them. The player with the lowest number is considered the betting favorite. In this case, it’s Cade Cunningham.

Let’s say you think Cunningham wins NBA Rookie of the Year and you bet $100 on him. If he wins, your sportsbook would pay you $350 — your $100 is returned and you’d get $250 in profit. On the flip side, maybe you think Jalen Suggs will ball out in Orlando and you decide to bet $100 on him for NBA Rookie of the Year odds. If Suggs wins, you’d get $900 paid to you by your sportsbook with your original $100 bet returned and $800 in profit.

To find out what you’d get based on the odds and betting amount, check out FTNBets parlay calculator to do the math for you.