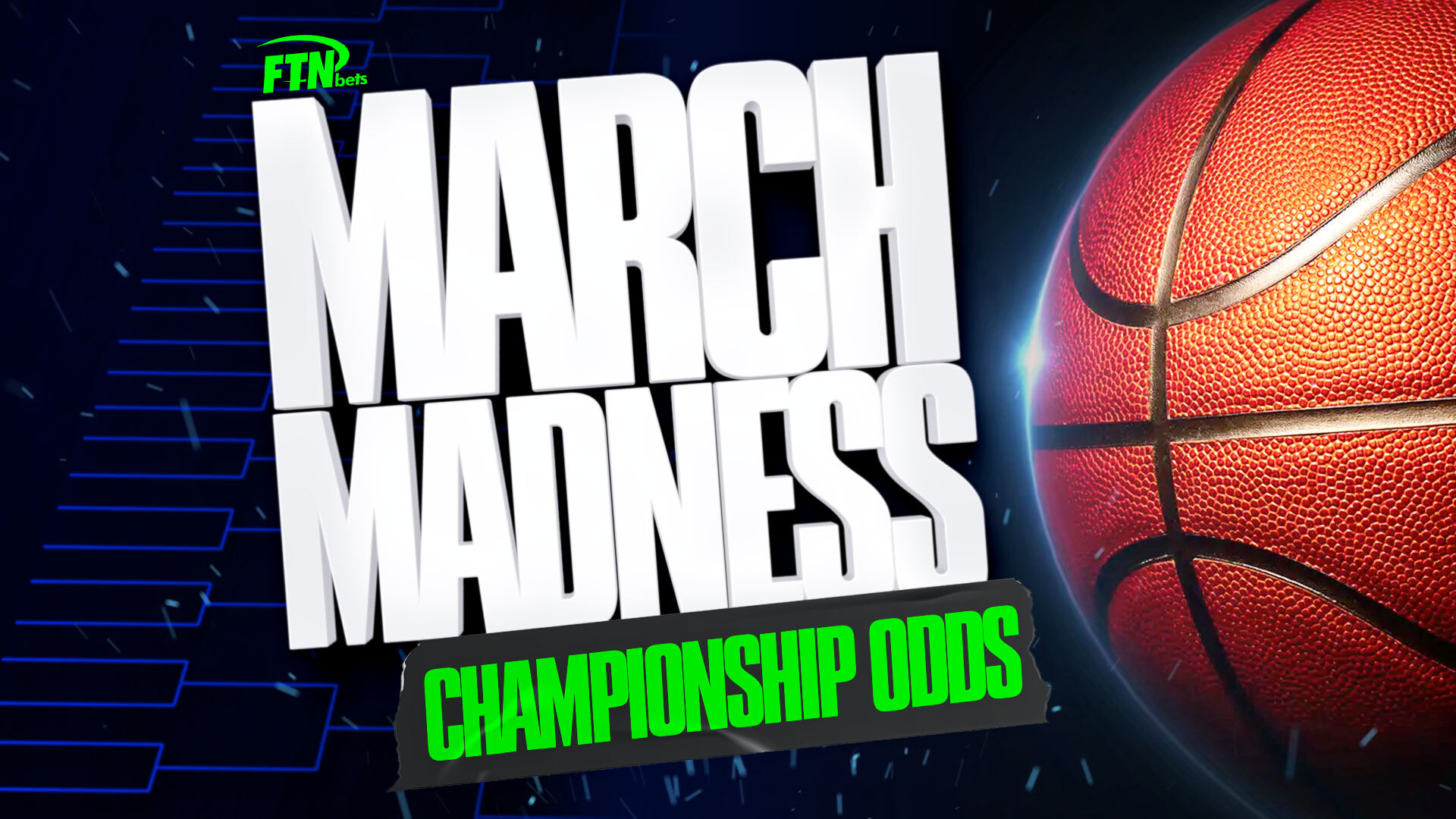 Looking for March Madness odds? Our NCAA basketball expert gives his best bets for odds to win the NCAA championship in 2022.

According to the latest NCAA men’s basketball odds to win the championship from BetMGM, Gonzaga is the +600 favorite to win their first title in school history and finally reach the pinnacle of college basketball. The Zags are 14-2 SU though 16 games but have fallen to Duke and Alabama in out-of-conference play.

After Gonzaga are the Duke Blue Devils at +800 for for NCAA basketball title odds. This season is the finale for long-time head coach Mike Krzyzewski, and the future Hall of Famer has led his squad to a 14-2 record. The Blue Devils lone loss came in an out-of-conference matchup with the Ohio State Buckeyes and a home loss to current ACC standings leader, Miami Hurricanes.

Making up the top five on the list for 2022 NCAA Basketball Championship odds are the Purdue Boilermakers (+800), Kansas Jayhawks (+1200) and Baylor Bears (+1200).  The Jayhawks are 14-2 for this campaign but were edged out in a tough game vs Dayton and on the road vs. Texas Tech

The reigning NCAA men’s college basketball champions, the Baylor Bears, are listed at +1100 for odds to win March Madness but saw three of their top players leave for the 2021 NBA Draft. The Bears are 15-2 on the season with convincing wins over the Michigan State Spartans, Villanova Wildcats, Iowa State Cyclones and Oregon Ducks but lost two conference matchups to Texas Tech and Oklahoma State over the last week.

Here are the top 30 teams on the odds board for 2022 March Madness odds and to see the full list, head over to BetMGM:

Why is Gonzaga the favorite in 2022 March Madness odds?

In years past, the Gonzaga Bulldogs were known as the plucky mid-major that was “the little engine that could” by surpassing expectations and going deep into the NCAA March Madness tournament. Well, after reaching the championship game twice since 2017 and getting an unbelievable recruiting class in 2021, Gonzaga deserves to be the favorite for 2022 March Madness odds.

The incoming freshmen can’t be overlooked and go a long way to explaining why the Zags have to be the favorites for odds to win March Madness. Superstar freshman Chet Holmgren has looked fantastic in Spokane and his versatility has been on full-display through 17 games. Holmgren leads the team in rebounds and blocks while also ranking second in points scored per game for Gonzaga. What might be the most impressive is he's shooting 61% from the floor and 38% from behind the arc. Forgive the hyperbole but he's a problem.

His lanky frame can look deceiving for the eye test but the best part about Holmgren isn’t he won’t be counted on to be the sole contributor in the frontcourt. Gonzaga already has a stud down low in  forward Drew Timme, who averaged nearly 20 points per game in the 2021 March Madness Tournament and is putting up 18.6 points for the 2021-2022 campaign.

The two losses were troubling for Gonzaga as it was to high-end competition like the Duke Blue Devils and Alabama Crimson Tide. This isn't saying Gonzaga couldn't beat these teams on a neutral court should it matchup again but saying it could be problematic down the road. When you get deep into the tournament in the Elite Eight or Final Four, every team is a top team.

That being said, by playing in the WCC conference, the Zags will pile up the wins and will most certainly get a No. 1 seed in the NCAA tourney. At +600, it's not the best value for a team that still has to win six straight games in March but by tournament time, you'll be lucky to get Gonzaga at a better price. For reference, they were +200 entering the March Madness tournament last year.

What are March Madness odds?

To understand March Madness odds, you first need to understand the annual championship tournament played for NCAA college basketball. Each year in March, 68 of the best teams in NCAA basketball qualify for a winner-take-all tournament that determines the national champion.

The field is reduced to 64 after four play-in games, leaving four regions of 16 teams, seeded 1 through 16 by a voting committee based on their regular-season and conference tournament results. The No. 1 seed plays the No. 16 seed, the 2 seed plays the 15 seed, the 3 seed plays the 14 seed, and so on. If you lose, you’re out of the tournament. If you win, you advance to the next round with the goal of winning six straight games to win the NCAA championship.

The NCAA basketball odds to win the championship, or March Madness odds, are determined by oddsmakers with sportsbooks like BetMGM, FanDuel, DraftKings and many more. For college basketball teams, it can be difficult to win six games in a row in this type of survive-and-advance scenario. So many factors come into play for oddsmakers to consider when it comes to NCAA basketball odds to win the championship.

Understanding the odds to win the NCAA Tournament

If you’re a first-time bettor in NCAA basketball odds to win the championship, the way the March Madness odds are listed can be confusing for new bettors not used to American betting odds.

After you’ve signed up at a sportsbook that offers odds to win the NCAA Tournament, you’ll see NCAA championship odds listed like this:

These odds indicate what it would pay out if one of these teams were to win six straight games in the NCAA Tournament and win the national championship. Since these are American odds, the numbers beside each team show what a bettor would win if they were to bet $100 on a respective team. The team with the lowest number beside them is the considered the betting favorite. In this case, it’s the Gonzaga Bulldogs at +550.

Using American odds, if you were to bet $100 on the Gonzaga Bulldogs in NCAA Tournament odds and they win, your sportsbook would pay you $650 for your winning pick — your $100 is returned and the book would pay you $550 in profit.

Use FTNBets Parlay Calculator to find and convert odds and help you understand potential payouts.