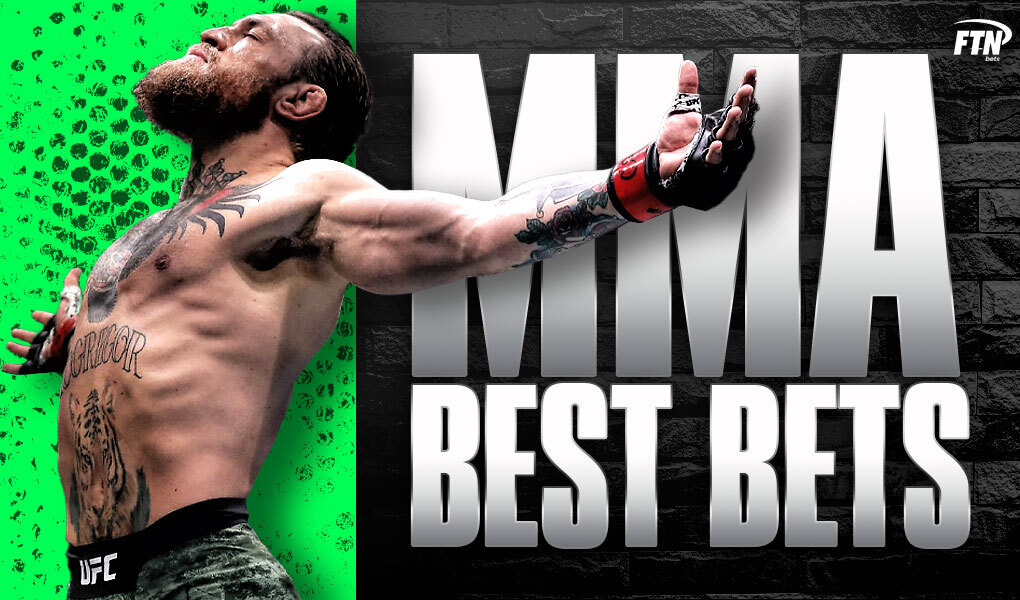 Welcome to a combined betting breakdown for both UFC Vegas 33: Strickland vs. Hall and Bellator 263: Pitbull vs. McKee! This has been a bizarre fight week across the MMA world with the UFC having upwards of four fights canceled on their UFC Vegas 33 card throughout the week, while Bellator has the best fight in their promotion history going down at the same time on Saturday night.

Normally in this article, I just highlight my favorite three bets for the UFC card, but due to all the cancelations and the general lack of talent on the card, I only have two bets on the card. Instead of keeping the article to discuss those two bets, (which happen to be on the first two fights of the night) I figured I could include a smaller blurb for all four of my bets this weekend. Normally in this article, I write a few paragraphs for each fight, but because of the increased volume this week, I’m going to try and keep the breakdowns a little shorter than normal, and then will take any and all feedback from the discord as to which style they prefer!

You can find all my plays free in the FTN Bets Tracker. I’ll be writing this best bets article weekly with extended breakdowns for up to three of my best bets and occasionally including some leans if I don’t have three plays. I will be in the FTNBets Discord for about two hours before the early prelims this weekend to answer any questions that readers have, we’d love to continue building the community through Discord.

Cosce makes his UFC debut after picking up a third-round finish on the Contender Series last summer, but he had his original UFC debut date pushed back after a potential fight with Nicholas Dalby fell through. Cosce is a solid athlete at just 27 years of age but, to be honest, his skills both in his Contender Series fight vs. Matt Dixon, who gassed out badly, and on the regional scene against an extremely low level of competition just didn’t impress me much. Cosce isn’t particularly bad at anything that I’ve seen, so it’s not that there are a ton of holes in his game, he just seems like a decent athlete who punches pretty hard and has a questionable gas tank. Rowe also received a contract off of Contender Series, but then dropped his UFC debut to Gabe Green. Rowe is an extremely tall fighter for this weight class, but doesn’t always fight at an optimal range and is susceptible to being hit with punches as he carries a very low guard. He struggled to defend kicks as well in his debut. However, Rowe is a pretty solid grappler who was able to land both takedowns and reversals in his debut. To me, this is about as coin-flippy a fight as it gets. Cosce is the better athlete and likely the more powerful striker, but he’s at a nine-inch reach disadvantage and I actually think Rowe is the crisper striker when he lets his hands go, in addition to what figures to be a significant grappling edge. At +150 there was certainly value in this spot.

It looks like we’re finally going to see this matchup take place in an octagon this weekend after a previous iteration of the bout was canceled due to a bad weight miss by the Benoit side. Benoit has been around for a while at 125 pounds in the UFC (though oftentimes he weighs in over the 126-pound limit) and is mostly known as a power punching threat for the weight class. He’s a solid grappler on tape but rarely looks to implement a wrestling gameplan and prefers to just stand with opponents. That’s good news here for Adashev, who is a former kickboxer who is 3-3 since making the transition to MMA, including an 0-2 UFC run with losses to Tyson Nam and Su Mudaerji. Adashev has not been impressive to this point, as he was knocked out early in his debut and was largely dominated in his second matchup with only a few moments of success. I honestly think Benoit is the better fighter anywhere this fight goes, but he’s proven to be a tough guy to trust with his low output approach that relies on big moments. Instead of backing a side, I’m embracing the volatility of this matchup and taking a shot on the under at plus money. Benoit is a hard hitter for this division and we’ve seen Adashev hurt before. Adashev is theoretically a decent kickboxer and we’ve seen Benoit looking compromised recently, it’s possible the weight cut has hurt his durability. Lastly, and this likely won’t matter, but if this fight hits the ground with some sort of scramble, I would not be surprised to see Benoit submit Adashev almost immediately.

I don't want to oversimplify this matchup, but this is a fight between two guys I’m a massive fan of and think the matchup strongly favors one side. Emmanuel Sanchez is an awesome action fighter who typically beats opponents with his rapid pace and offensive output but has struggled to defend takedowns in previous fights against guys such as Tywan Claxton and Georgi Karakhanyan, and is very content to try and play guard off his back. Burnell, on the other side, is an extremely strong wrestler and top control grappler. Burnell is somebody who was cut from the UFC a while ago after a loss to Arnold Allen that was firmly in Burnell’s control up until the finish, but he’s really come into his own under the Bellator banner. Burnell has struggled with his cardio previously, but I don’t see the pressure of Sanchez being able to get through a wrestling-heavy attack that Burnell is almost a guarantee to implement. I’ll take the better grappler and wrestler against somebody who is reliant on his striking and has a bad habit of conceding takedowns.

For anybody that has been following my plays in the Bet Tracker, this is one that has been pending for a looooooong time. Pitbull is a long-time champion in Bellator and is well-known as one of the best 145ers on Earth, but he takes on McKee, who is undefeated and has some impressive wins on his record prior to this Grand Prix finale. Honestly, I just don’t view McKee as an elite fighter at this point in time. There is no doubt that he is an insane athlete with serious finishing ability that can carry him to victory at any point in a fight, but in terms of pure skill, I believe there are some serious holes in his game. He is an above-average striker and a strong offensive wrestler, but his takedown defense is seriously lacking from what I’ve seen and he’s been reliant on getting submission wins off his back before, which just feels unlikely at this level. Pitbull is an extremely well-rounded fighter who hits like a truck at this weight division and has been fighting the absolute best that Bellator has had to offer for years. McKee should be the larger man in this fight, and I understand how dynamic an athlete he is, but in terms of pure skill and strength of schedule, I just don’t see this fight being anywhere close to 50/50. I’ll take the more well-rounded, battle-tested veteran here.