FTN's Jonah Shiffman breaks down the main fight on the UFC 270 card.

Let’s take a look at the opening odds, early betting pick and breakdown of Saturday’s UFC 270 main event. UFC 270 takes place Saturday at the Honda Center in Anaheim. This event is of course the first PPV offering from the UFC in 2022, more than a month removed from UFC 269 Dec. 11.

There are currently 15 fights scheduled for UFC 270, but the card is certainly built around the two title fights at the top of the bill. In the co-main event, Brandon Moreno and Deiveison Figureido will complete their trilogy for the flyweight championship. On the other end of the weight scale, the heavyweights will take center stage in California this weekend for the main event. Francis Ngannou will look to unify his undisputed championship belt against Cyril Gane, who is currently holding the label of the interim champion. The main event this weekend figures to be one of the biggest fights in heavyweight history and has seemingly been building for a long time now.

Here are the latest odds for Ngannou vs. Gane, courtesy of DraftKings Sportsbook.

To the surprise of some, Gane enters this bout as the favorite. Gane is priced at -155, meaning you have to lay $155 to win $100 on “Bon Gamin” to turn his interim belt into an undisputed title. Ngannou is lined as a small underdog in this matchup with a betting line of +135, meaning a $100 bet would profit $135 should “The Predator” successfully defend his title for the first time.

This is a fight that has seemingly been building ever since Cyril Gane made his UFC debut in 2019 and obviously carries massive stakes in the heavyweight division. Not only is this fight a title unification match with both men carrying some form of UFC gold into Saturday night, but it’s also a matchup of former training partners who now find themselves as the clear-cut top two heavyweight fighters on planet earth. This fight also carries massive stakes outside of the octagon in terms of Francis Ngannou’s UFC career, as it’s been highly publicized that this is the final fight on his UFC contract and negotiations between the champ and the UFC have seemingly hit a speed bump.

Inside the cage, Ngannou has been a special talent since the moment he debuted inside the octagon way back in 2016. He won five consecutive fights to begin his UFC career before losing his first title shot against Stipe Miocic and then also falling to Derrick Lewis. Since the Lewis loss, Ngannou has once again won five straight fights, this time beating Miocic for the heavyweight strap last year. Stylistically, Ngannou is an enigma we’ve never seen before in terms of his ability to end fights with one punch. He carries a massive frame and power punching that has allowed him to win his last five fights all via knockout in a combined 8 and a half minutes of time inside the cage. That little time spent inside the cage tells us that Ngannou is a lightning-fast starter and is extremely dangerous in the early rounds with his ability to land flush on opponents and turn their lights off with ease. However, that little time spent inside the cage also doesn’t tell us a whole bunch. Ngannou was exposed to some extent in his first fight against Miocic as somebody with poor cardio and questionable takedown defense. Since then, we’ve only seen him fight one full round and that was in his rematch with Miocic where Ngannou was certainly impressed with his takedown defense but was also not forced to fight longer than six minutes. It feels like much of the MMA public takes a hard stand on Ngannou as either some unbeatable force or as a one-dimensional power puncher, and I think his true talent lies somewhere in the middle.

Gane is undefeated since transitioning to MMA, including a flawless 7-0 UFC record where he has yet to face any sort of adversity. Stylistically, Gane appears to be one of the most talented heavyweights that we’ve ever seen in MMA. He is 6-foot-5 with great footwork and a speed advantage over most light heavyweights on the roster, let alone heavyweights. Gane has fought 22 rounds inside the UFC and is yet to lose one as he boasts a great ability to win minutes. Gane has a strike differential of nearly +3, meaning he lands almost three more strikes per minute than his opponents. While that may not sound like much, it adds up quickly and is a statistic that indicates Gane outstrikes his opponents by 75 strikes over a full five round bout. Gane has also displayed some elements of a well-rounded ground game with five takedowns through eight fights and a submission victory. If there’s a knock on Gane that we’ve seen so far it may be his lack of finishing ability. Although Gane has finished half of his victories including a knockout over Derrick Lewis for the interim title, he doesn’t seem to possess the type of one-punch knockout power that we see so often at heavyweight. Although Gane remains incredibly skilled, if he’s unable to put opponents away at such a volatile weight class it remains possible that his opponents have a chance for a one-punch knockout late in fights even if greatly out-skilled.

Although some may be surprised by a force such as Ngannou being an underdog in this title fight, Cyril Gane is clearly deserving of his status as a betting favorite. This is a relatively easy fight to breakdown as it boils down to one key question: how likely is Francis Ngannou to land a knockout sequence in the first two rounds? Although determining the X-Factor question is easy, the answer is difficult. It seems very likely that Gane will win this fight if it goes the entire 25-minute duration and he’s likely to win nearly every round leading up to that as he just throws so much more volume than Ngannou. Gane figures to be at a cardio and skill advantage in this matchup, but Ngannou has finished all ten of his UFC wins inside the first two rounds. Ngannou’s best chance in this matchup is obviously to land an early devastating blow, but Gane has proven to be very difficult to hit through his career, absorbing just 2.4 strikes per minute. If Ngannou is unable to impose his will early on in the fight, Gane will utilize more attritional strikes such as his jab and teep kick to the body as the fight goes on and he begins to take over. I currently have no bet on this fight, but I certainly favor Gane and may look to play him in the prop market or bet his moneyline if it comes back closer to the -135 range. 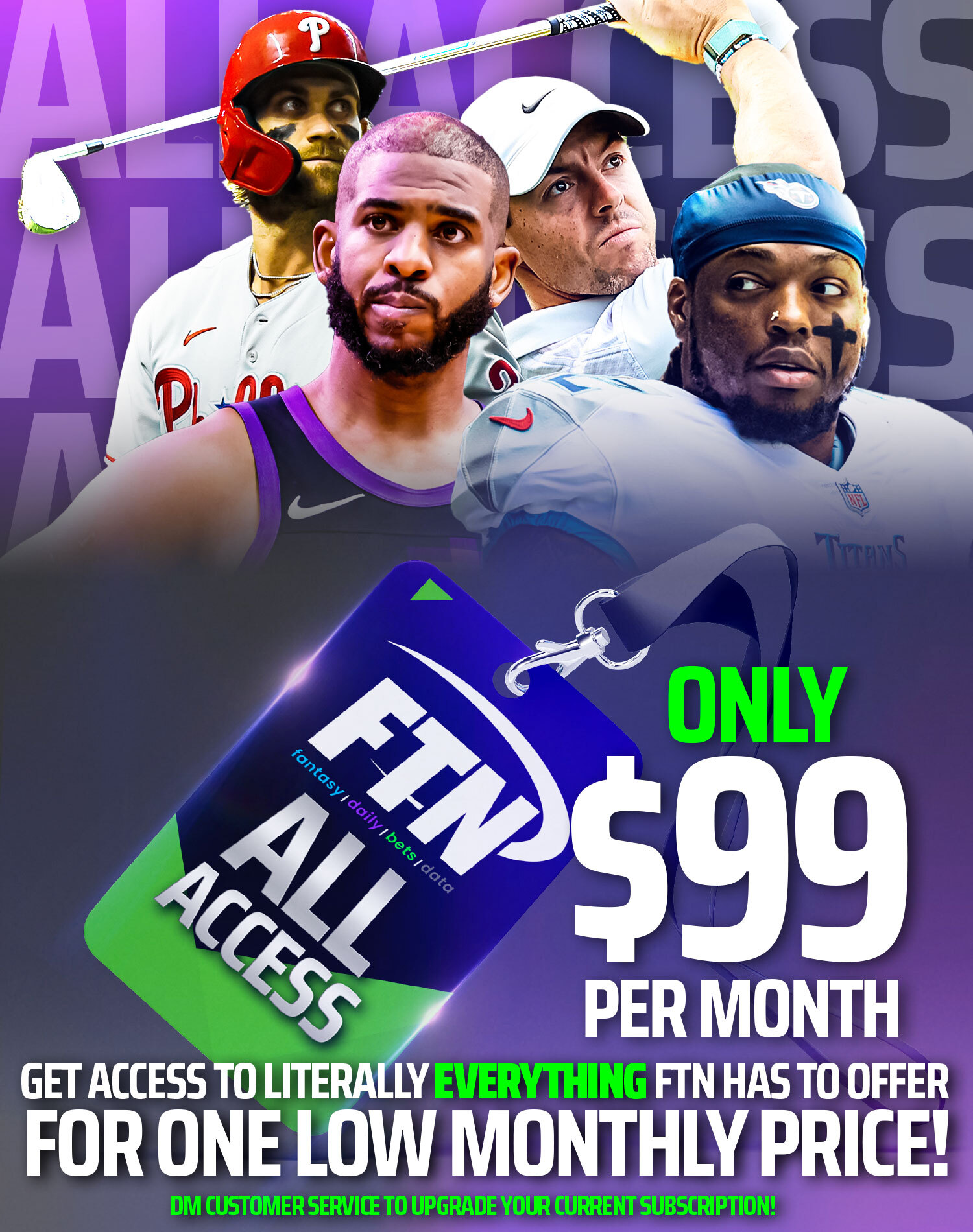