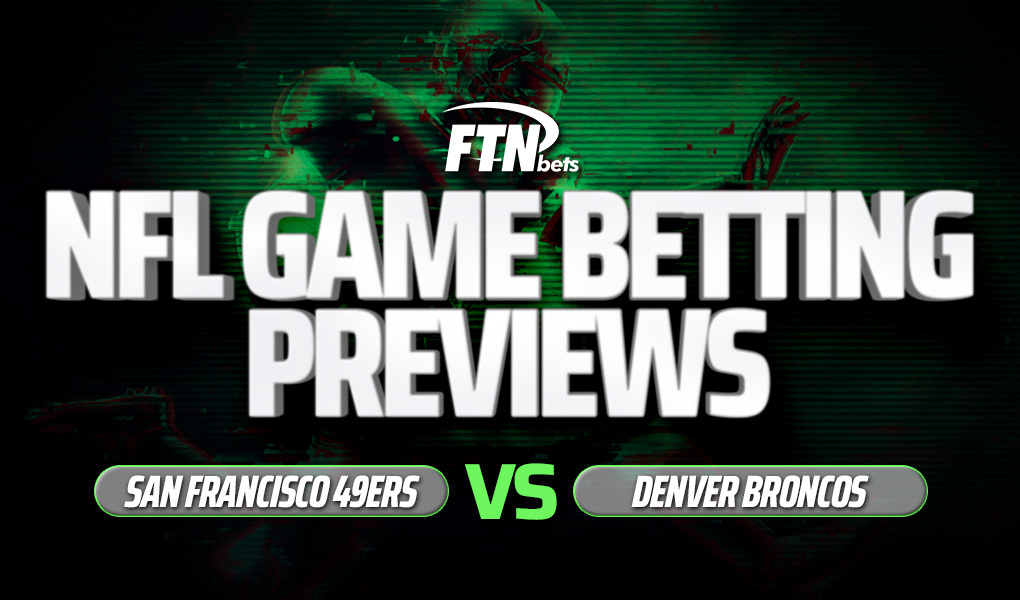 FTN's Nick Makowtz previews the Week 3 NFL game between the Denver Broncos and San Francisco 49ers from a betting perspective.

The Denver Broncos will host the San Francisco 49ers Sunday night in a matchup of two teams that aren’t exactly what we thought they’d be in Week 3.

The Broncos will enter at 1-1 after two anemic offensive performances. Russell Wilson couldn't lead his new team to a victory over his old team in Week 1, and the 16-9 Week 2 win over the Houston Texans certainly didn’t inspire much confidence for Broncos fans.

On the other side, the 49ers have been forced to once again hand the keys to Jimmy Garoppolo after Trey Lance suffered a season-ending ankle injury. Lance was supposed to unlock this team’s offense, but oddsmakers are suggesting the Niners are a better team with Garoppolo at the helm.

When is Denver Broncos vs. San Francisco 49ers Week 3?

Here’s a look at the latest point spread and total for Sunday’s game.