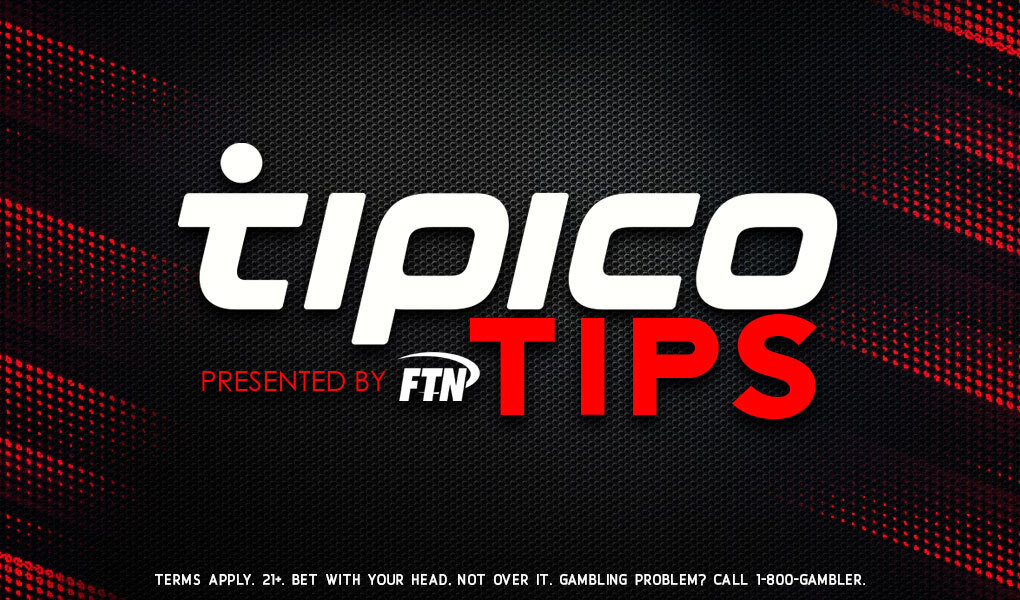 FTN's Benny Ricciardi uses Tipico Sportsbook to pick out some of his favorite bets for league leaders in the NFL in 2021.

The NFL season starts in under 50 days. With football this close, the topic of today’s Futures Friday is going to be NFL league leaders. As with any futures market, the more likely an outcome is to occur, the lower the payout for betting on it to occur is going to be. The inverse of this is true as well. The lower the odds something has to happen, the higher the payout will be if and when it does.

Finding the balance between which favorites are worth the risk and which you should try to beat all comes down to the question of value. Odds are based off an implied probability of winning. Something at even money should win 50% of the time.

If you think that particular event should happen more often than 50% of the time, then taking that bet is a good idea. If you expect it to happen less than that implied amount, then we should be looking for a longshot to play in order to capitalize on that expectation. This is an important concept to understand as it will be the key driver for every bet we talk about today, using Tipico Sportsbook for our odds.

In 2019, Derrick Henry led the NFL with 1,540 rushing yards. He repeated as NFL rushing champ in 2020 with 2,027 yards. The two rushing crowns put Henry on an elite list with names like Adrian Peterson, Jim Brown, Earl Campbell, O.J. Simpson, Gale Sayers, Eric Dickerson, Ezekiel Elliott, LaDainian Tomlinson, Emmitt Smith and Barry Sanders. The list gets even shorter if you only include those who won rushing titles in back-to-back years like Henry just did over the last two seasons. This year, he attempts to make it three in a row, a feat only accomplished by Brown, Smith, Campbell and a guy named Steve Van Buren from the 1940s. Henry is favored to do just that at every sportsbook in the country. Tipico Sportsbook is currently offering the best odds on Henry to be the top rusher in the league this year. He is sitting at +450 on Tipico to lead the NFL in rushing. That’s 50 basis points better than PointsBet and William Hill and 100 better than his price on DraftKings. At +450, Tipico is pricing him with an 18% chance to repeat as the rushing king. Henry was about 60 carries ahead of Dalvin Cook last year for most rushing attempts and more than 100 clear of third-place Josh Jacobs. He racked up 500 more rushing yards than Cook, his closest competition in that department. Henry did not just win the rushing title last year, he literally ran away with it. The volume and production of Henry is head and shoulders above his peers. Injury is about the only thing that will slow down this juggernaut from again dominating the yardage ranks by season’s end. While that is always a concern with any futures bet, Henry is as durable as they come. +450 is a very generous price on the biggest workhorse back in the NFL over the last two seasons.

Can Patrick Mahomes lead the league in passing yards?

Patrick Mahomes is an absolute monster. He is talented, he has some of the best weapons in the league, and his coaches scheme those talents as well or better than any other staff. That said, Mahomes and I have both lead the NFL in passing yardage the same number of times. I know that sounds shocking, but it’s true. Last year, Deshaun Watson lead the league in passing yards with 4,823. The year before it was Jameis Winston at 5,109. Does that mean either of them are better quarterbacks than Mahomes? Definitely not in Winston’s case and probably not in Watson’s, but being the better quarterback does not mean you will throw for more yards. The guys who tend to lead the league in passing yards do not always play on the best teams. Great teams tend to be winning, which means they do not have to sling the ball 40-50 times per game as they are more likely to be playing with a lead and milking the clock. Teams like the 2020 Texans and 2019 Buccaneers had defensive issues that left them in quite a few shootouts and comeback situations. Those are the kind of games quarterbacks need to rack up 50 passing attempts and those monstrous 350- to 450-yard games on their way to winning the passing title. If you put Mahomes on a team where he needed to sling it 45-50 times a game for them to win, he could put up some of the same type of video game numbers, but that is not the case with the Chiefs. I guess my point here would be that talent is only one of the variables we have to consider when trying to handicap who will lead the league. At a short price of +270, I would rather play against Mahomes.

The shorter-priced guys are not always the best bets in a futures pool to begin with, and this definitely goes for quarterback futures. Not only is this one of the most injured positions in the NFL, but the best of the best are usually also on the best teams and so tend to be playing with a lead. The guy who wins this crown is likely going to be on a bad or middle-of-the-road team that has trouble stopping opposing offenses. A few of the guys I like here are all in that +2000 range where you can even take your money and spread it on two or three options. If any one of them hits, you still walk away with a nice profit. The three guys I have focused my money on at Tipico are Russell Wilson, Joe Burrow and Kyler Murray, all at +2000. We have seen all three of these guys have monster passing performances when their teams needed them. We also know that these three guys play for teams that are expected to finish in third or fourth place in their respective divisions. That means they are likely to be losing more often than winning, which opens each guy up for the opportunity to sling it 45-plus times and get those 300-plus yards-per-game average. At 20-1 on each, you can split your investment up and still end up with a better return on investment than if you put all that money on Mahomes. Remember, I am by no means knocking Patrick Mahomes here. He is one of the most gifted young quarterbacks in the NFL. If this was a barroom argument over who you wanted to take in a draft to start and build a team around, I would be all about Mahomes. Unfortunately, that is a different exercise from trying to pick who will lead the league in passing. For the answer to that question, I would rather be looking in that second tier of available options at much juicier payouts.