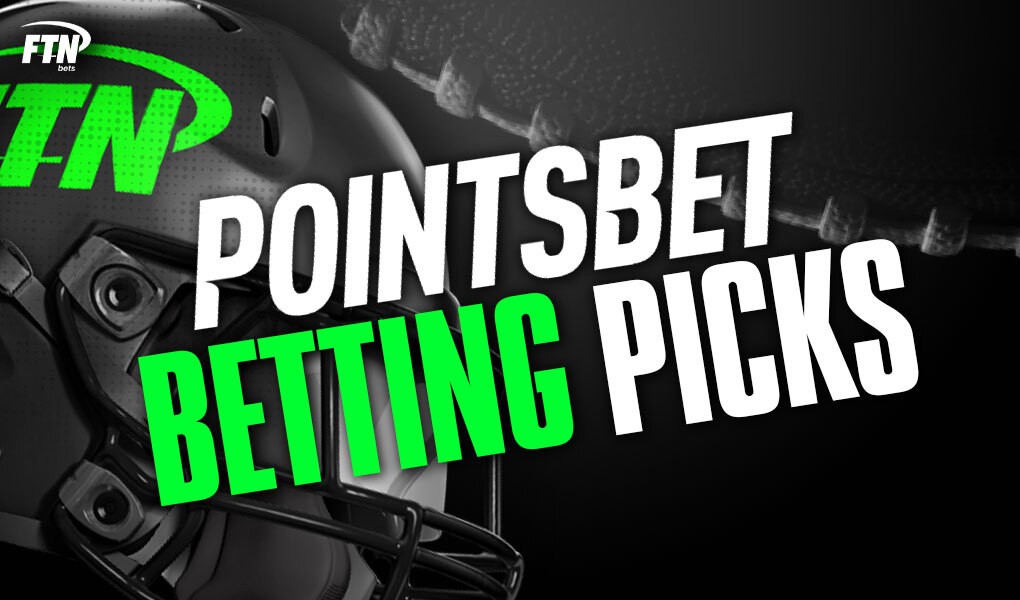 FTN's Benny Ricciardi highlights three of his favorite bets on PointsBet for Week 1 of the NFL season.

PointsBet is offering some ridiculously good deals for the start of the 2021 NFL season. Every straight spread bet is priced at an even money +100 for the week. They are also offering a bonus up to $250 on top of your first deposit that you can take advantage of by clicking here.

While I will happily bet spreads at even money, I also wanted to point out some of the prop bets that they have available. One thing that PointsBet did a horrible job of this week is pricing their quarterback props, which is what we are going to take advantage of. Using the FTNBets Prop Shop, I noticed that PointsBet was consistently coming in with prop numbers that were either way higher or way lower than the market. Maybe it was their strategy to try to capture the top spot on prop bet screeners or something, but it also creates a lot of value for us as bettors.

Here are three I am taking advantage of for Sunday.

Here are three bets I’m targeting for Week 1 on PointsBet.

These two teams play fast in neutral gamescripts, both ranking in the top four last year. That should mean a ton of plays for each in this one. More plays translate into more passing attempts, more completions and more yards than average. Ryan Tannehill has multiple projections in the 270-290 range, which is 10% higher than the listed prop number here. That gives us a nice cushion. Plus, I think I might be able to throw for 246 yards if my WR combo was Julio Jones and A.J. Brown.

Josh Allen is a stud and I project him for a big game … just not all of it through the air. Pittsburgh is a good defense and a team that will try to control the clock and pound the run. Allen projects under 270 on many systems, and there are multiple paths to him not reaching this slightly lofty total. The game could be slow, the Bills could jump out to a lead, Allen and the running backs could pick up yards on the ground. Outside of Stefon Diggs, the other pass catchers for Buffalo are rather pedestrian. The Steelers want to feed Najee Harris and pound the rock as much as they can. They have a great defense and want to rely on that defense giving them short fields to work with. I’m not saying Allen can’t light this defense up, but I’m more concerned with the fact that he probably does not even have to for Buffalo to win.

I know what you are all thinking: Jared Goff sucks. And you might be right. But if he does, that is actually a positive here. The Lions are very likely to be trailing early. That means they are going to have to go to the air. I have seen him projected as high as 290 yards on some systems and that's a massive 30% above the yardage prop here. I have also seen him projected for 40 passes in this game, which is obviously a high number. He can throw a couple picks and be 60% accurate and still have 25 completions if he slings it 40-plus times. I was expected to see a number like 240-250ish for him here, so we have quite an edge at 222.