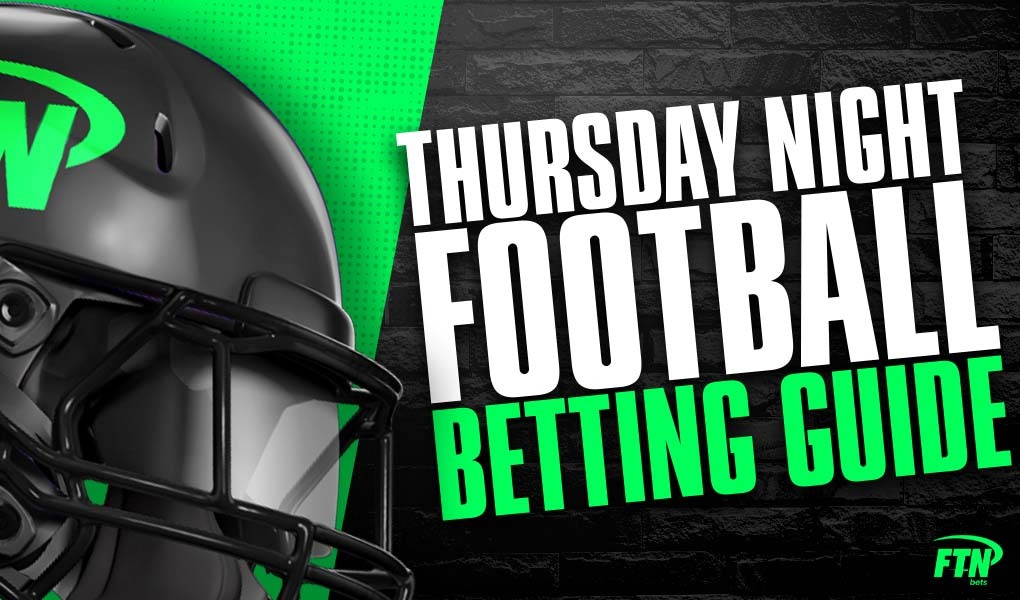 FTN's Benny Ricciardi runs through some of the best bets for the Thursday Night Football game between the Carolina Panthers and Houston Texans in Week 3 of the NFL season.

Week 3 of the NFL season kicks off Thursday with an interesting matchup between the Carolina Panthers and the Houston Texans. The Texans may have dodged a longer-term bullet, with the Week 2 injury to Tyrod Taylor looking like it won’t keep him out all season — but he is not going to be ready to go Thursday.

That means we have a 2-0 Panthers team fresh off a beating they handed out to the New Orleans Saints playing one of the worst teams in the NFL essentially starting its third-best QB on a short week. As you can imagine, this one is not likely to go well for Houston.

This game opened at -4.5 before the Sunday games and quickly jumped to -7.5 by the time it was over. That had to do with how good the Panthers looked in thrashing the Saints and the fact that the Texans’ starting QB was unable to finish the Sunday game with an injury. It has continued to creep up to -8, and this is one of those games that teaser bettors have already hammered down to -1.5 or -2 now to get through the 3 and the 7. The question then becomes how much Taylor is worth to Houston. QBs are by far the most important players for the spread of any game. Taylor may be toward the lower end of NFL quarterbacks, but he is still worth at least a field goal or more above his replacement, Davis Mills. My number on this game matched the -7.5 spread being offered early in the week. I normally do not chase points when they go beyond my number, but Houston is a trainwreck right now and I do not mind laying the -8 on Carolina. My bigger plays on this game involve Carolina as the first part of multiple teasers, so I’d be happy if they just win this game by two. I preferred the tease at -7.5 down to -1.5 but would still play it here at -8 and up to -8.5 as that would still get us below the -3.

As for the total, it scares me. 43.5 seems low, especially considering the Panthers offense has been very efficient. The problem is what do we really expect from the Texans? This was one of the worst projected offenses in the NFL for the 2021 season. Tyrod Taylor may not be great, but he’s a veteran who has won football games before. If he was playing, I would like the over, as they managed to score against Jacksonville and were winning against Cleveland when he went down. Without him, I have very little faith the Texans get to double-digit points, and that means we would need a massive 31-35 points out of the Panthers to sniff this over. That’s a lot of low-percentage ifs. The under seems to be the more prudent play here. Carolina should have no trouble scoring, but if the Texans do not match them, the end of this game could be a slow, methodical, and boring end.

This game should be very one sided, which is a potential boon for Christian McCaffrey touches. He has been in on 80% of the snaps so far this season. That’s a high number, but it’s actually a bit low for him based on his historical usage. McCaffrey is the NFL’s ultimate weapon. He is a workhorse back who will carry the ground game but is also an elite receiving threat who will contribute through the air. The Panthers project for at least 3 touchdowns here, and McCaffrey should be the guy who gets the last one as the Panthers are likely to have the lead and control the clock. CMC has averaged a TD every 23 touches throughout his career. This year he has 59 touches and only 1 TD. He’s averaging just shy of 30 touches per game. This is a game where his carries could end up putting him over 30, and that only increases the chances he grabs multiple TDs. He is -380 to score one on FanDuel, which implies a 79.1% chance he finds the end zone. This same two-TD number on BetMGM is only +137, which implies a 42% chance he gets it done. At +200, that’s only a 33% chance so we have a massive edge on this mispriced number vs. the market.

PointsBet hung a bad number here, as it is more than 15 basis points higher than any other site. Davis Mills may not be a stud, but he is in a negative gamescript that screams pass heavy and playing from behind. It may sound crazy, but think about it this way: If he gets one TD pass in the first half when the game is still relatively close and then has to sling it 20-plus times in the second half to try to bring them back from down multiple scores, this is not a crazy request. In today’s pass-happy NFL, multiple TD passes are not that hard to come by in a game. The price gives him just a 35% chance to do this, and while I have him doing it less than 50% of the time too, my number is closer to 45%, a big edge for us on this one at a big plus-money price.

The best part about working at FTNBets is that I work with a bunch of smart analysts who can put me on to certain things I did not see. Shout out to my boy Gilles Gallant for this one here. Sam Darnold has played 40 career games and thrown 40 career interceptions. That means he averages one per game. To get plus money on that seems like a mistake, even if this is a game that does not scream massive pass attempts. Darnold is definitely better than he was on the Jets, but still is not elite. Tipped balls, miscommunications, and even the occasional great play by a defense can all lead to an interception. If this was -110, I would avoid it, but at better than even money it is worth a wager.