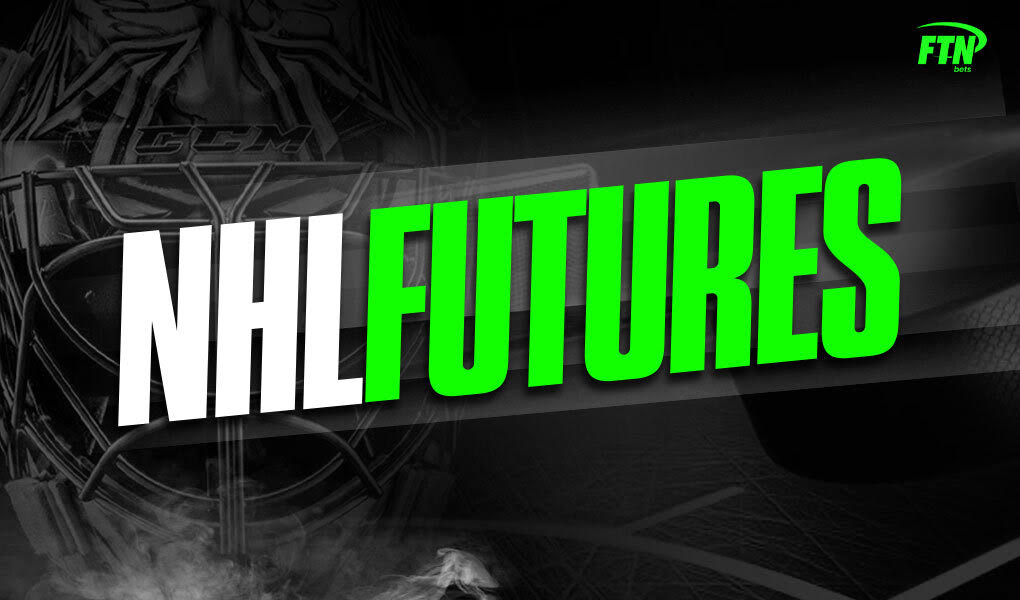 The 2021-22 NHL season begins on Tuesday, October 12, so make sure you get in on some of these NHL Futures. Below you’ll see two teams I’m backing to win the Stanley Cup as well as a couple long-shot suggestions. You’ll also see my 2021-22 NHL predictions including division winners and award predictions such as Hart Trophy, Vezina Trophy, Maurice Richard Trophy, James Norris Trophy and the Calder Trophy.

I also came across some season goal total props for several players at CoolBet. Out of all the NHL bets listed below, those are my favorite ones.

(Check out our NHL season preview with the full fantasy hockey draft kit!)

This is still good value for the Golden Knights considering they’ve made the playoffs in all four of their seasons and made it to the Western Conference Final three times. They lost in the Stanley Cup Final in their first year in the league and they’ve been bounced in the third round in back-to-back seasons. There’s reason to believe it will work the third time, not just because the third time’s a charm.

The Pacific division is awful. The Golden Knights are -160 favorites to win with only the Edmonton Oilers standing in their way from a potential third-round date with the Colorado Avalanche. We saw how that played out last season, and I believe we’d see a similar result.

The Avs are favored to win the Stanley Cup again, but all they’ve done is have good regular seasons. I don’t see why they should be favored over a Vegas team who dominated them in the playoffs last season. Colorado also has a tougher path to the third round with the old playoff format back, and we’ve yet to see the Avs’ core make it to the Conference Final.

If you’re looking for a favorite atop the board it’s here with Vegas. Most books have them at +600, so jump on this now because they’ll run away with the division. Once that starts it’ll be too late. The Golden Knights lost Marc-Andre Fleury and they’ll miss him, but they’re still strong all over the ice and Robin Lehner is more than capable of going on a run. The third line has potential with the additions of Nolan Patrick and Evgenii Dadonov. They didn’t really get much offense from their bottom six last year.

I absolutely love the Florida Panthers this season. I was very impressed with the fight they gave Tampa Bay in the first round last year, despite the loss. The Panthers have improved their roster with the addition of Sam Reinhart and re-signing of Sam Bennett. Meanwhile, the Lightning have lost a few key pieces from their back-to-back cup runs. The Atlantic Division is tough but the Boston Bruins, Toronto Maple Leafs and Montreal Canadiens have all lost key pieces. It’s hard to fully buy into last season’s numbers given the setup in 2020, but the Panthers were among the leaders in a lot of important 5v5 categories: CF/60 (6), SF/60 (1), GF/60 (7), xGF/60 (5) & HDCA/60 (6).

The Panthers could very well be the highest scoring team in the league in 2021. Aleksander Barkov is a superstar, and Jonathan Huberdeau is one of the most underrated players in the league. In fact, this duo is the most underrated duo in the league. They should both be first-round picks in fantasy drafts and they’re not. Huberdeau and Bennett showed amazing chemistry last season, and Owen Tippett is ready to break out. Carter Verhaeghe’s 18-goal season wasn’t a fluke, and he could fall into 25 alongside Barkov. So could Reinhart, as he’s  scored at least 17 goals in each of his five seasons and he’s scored 20+ in four of them. They’re bottom six is deep as well with Frank Vatrano, Patric Hornqvist and Mason Marchment.

Aaron Ekblad was playing like one of the best defensemen in the league before suffering a season-ending injury. He scored 11 goals and had 22 points (11 PPP) in 35 games. He was playing a career-high 25:05 and would have set personal-best numbers across the board if not for the injury. MacKenzie Weegar stepped up big time in Ekblad’s absence, as his 24 points at 5v5 points were the third-most among defensemen. Gustav Forsling and Brandon Montour have offensive potential as well.

Spencer Knight may be the missing piece in Florida, as the rookie won all four of his regular-season games last season (.919 SV%) and one of two against the Lightning in the playoffs. He’s not going to be perfect, and Sergei Bobrovsky is going to get his fair share of starts as well, but Knight has another level to his game that Bobrovsky once had. Florida allowed the sixth-fewest high danger chances at 5v5 last season, but they were in the bottom-10 in save percentage. The 13th overall pick from 2019 has the potential to take Florida to another level.

I can’t find Sorokin at the moment, which is surprising to me because I think he breaks out. If anything happens to Semyon Varlamov, Sorokin would take off. 12-1 is “Field” at DraftKings. Kuemper is a risky fantasy pick given the early ADP, but he has the potential to win 40+ games, and he’ll have great ratios if he stays healthy.

I like the Islanders to win the Metro, but +480 is good value for a strong Hurricanes team.

The Habs will be without Shea Weber all season and Carey Price for at least the first month. They lost one of the best defensive forwards in the game in Phillip Danault, and the departure of Jesperi Kotkaniemi has made them very thin down the middle of the ice. They also aren’t used to such a short offseason having played in the finals just three months ago. Joel Edmundson won’t be ready until maybe November, so that’s two of their top four defensemen, two of their top three centers and their starting goalie from last season, all off the roster to start 2021-22.