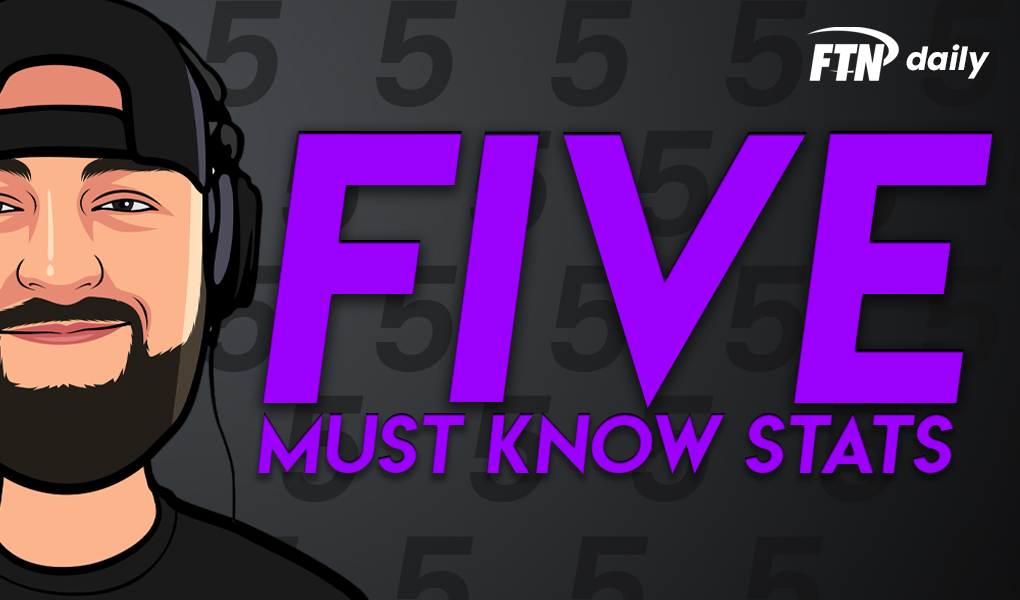 FTN's Derek Brown offers up 5 key stats to know for bettors preparing for Week 12 of the NFL season.

Every week during the NFL season, I’ll be diving into five must-know stats for fantasy football to help pull back the curtain in various ways. Highlighting game scripts, matchups, defensive plans of attack, and much more, this article will help you set your lineups in daily fantasy and your season-long leagues.

The Buffalo Bills have been a much-improved team in many facets this season, but one area they have quietly struggled is tackling. The Bills’ defense has allowed the eighth-most missed tackles (79). This has led to difficulties stopping the run. Buffalo is ranked 29th in explosive run rate...