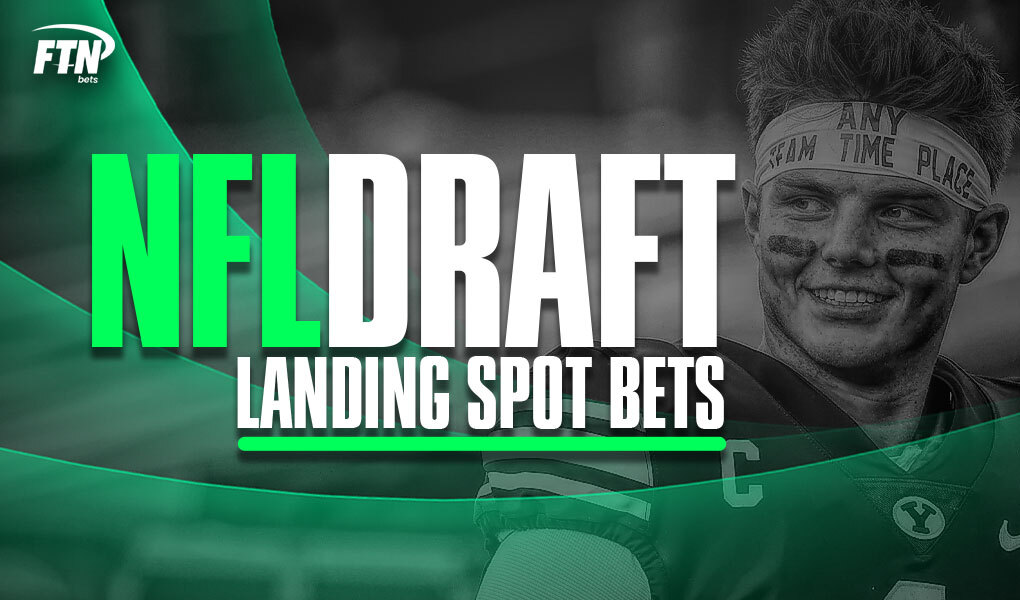 FTN's Eliot Crist takes a look at the 2021 NFL Draft to identify the potential landing spots for key prospects.

Everyone wants to know who is going where during the NFL draft. It is why we all obsess over mock drafts, scroll down to our favorite team and immediately judge the entire draft based on who the analyst gave our favorite team. Betting on who goes where is a tricky task for the NFL draft -- there is no more variance in an event than the NFL draft. One unexpected pick can cause a domino effect that can cause everything to fall apart. For this reason, the lower in the draft you go, the more you really need to get long odds on a player to go to a team for the bet to be worth it. It is likely better to bet a position that the team drafts and half the odds than an actual player. That being said, there are values to take advantage of right now, but because of the variance are only worth a half unit play each.

Sometimes you bet the landing spot, other times you bet the value in the number. Smith is currently +240 at FoxBet to be the Giants pick and +225 at PointsBet to be the selection. His prop is 11.5, so this fits perfectly with his total, and there are rumors that the Giants are big fans. He was the pick I mocked in the Bet The Mock series and, at the time, I said Smith at +225 simply wasn’t enough value, but at 5-1, there is plenty of value. The Giants are said to be interested in adding more playmakers for Daniel Jones and the Heisman trophy winner DeVonta Smith would do exactly that. The Giants' top position odds is WR at +250 followed by the offensive line, but I do not expect Slater to be there, slanting the odds even heavier toward receiver.

Surtain’s player prop over-under is currently set at 10.5 and the juice is now on the under. This is because of how much steam there has been that Surtain is the Cowboys pick. This has been called the worst kept secret in the league and mock drafters are buying into the hype. In the last three days, there has been 14 industry mocks released, he has been the Cowboys pick in 10 of them (71%). I think that if Surtain goes top 10, it will be to the Cowboys so instead of paying -140 for under 10.5, give me the +140 it's the Cowboys who take him.

The Panthers currently sit at just +120 to select an offensive lineman with their first pick in the draft, and Sewell is -500 to be the first offensive lineman off the board. I am not buying that Sewell falls all the way to eight, meaning Slater should be staring at the Panthers as a blue-chip prospect at a position of need. In the last three days, Slater has gone to the Panthers in 61% of industry mock drafts so getting the implied probability of 25% seems like a steal.

(Find all my Draft Bets on the FTN Bet Tracker.)