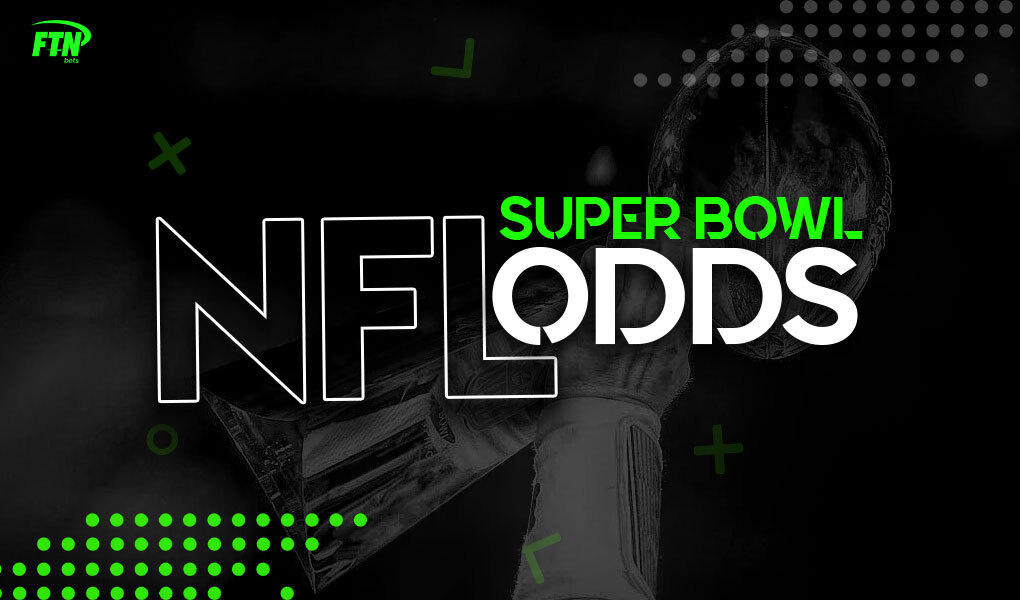 Super Bowl 57 Odds: Chiefs Favored To Win It All

Who's the favorite to win Super Bowl 57? FTNBets has the latest Super Bowl betting odds & futures with expert analysis. Bet on Super Bowl LVII at State Farm Stadium in Arizona.

Fans, players and, most importantly, bettors of the NFL didn't have much time to soak in the Los Angeles Rams' Super Bowl 56 win at the end of February before offseason transactions shifted the immediate focus to Super Bowl 57 odds. Despite the recent news, the Kansas City Chiefs remain the betting favorites according to the latest odds to win the Super Bowl.

The Chiefs opened at +700 betting faves at BetMGM for odds to win the Super Bowl and have opened as the chalk option for the third straight offseason. The Chiefs fell short in the AFC Championship game to the Cincinnati Bengals and will try to get back to the Super Bowl for the third time in four seasons. That being said, the Chiefs will have more competition within their own division as the Denver Broncos traded for quarterback Russell Wilson from the Seahawks and immediately vaulted to +1200 odds after opening at +2200.

The second team on the oddsboard for Super Bowl 56 odds is the Buffalo Bills at +800. After having a shootout for the ages with the Chiefs in the Divisional Round, sportsbooks feel confident in the Bills chances to be in contention next season.

As for the Bengals, sportsbooks are not considering their Super Bowl run a one-year fluke as Cincinnati is fourth in Super Bowl odds at +1200. By having a quarterback of the future in Joe Burrow, bettors should expect Cinci to be a contender for odds to win the Super Bowl for years to come.

Who Will Win Super Bowl 57?

A look at the latest Super Bowl odds from BetMGM:

Why is Kansas City Favored for Super Bowl Odds?

After making the Super Bowl in two of the last four seasons and the AFC Championship game in four consecutive years, it’s hard to make a betting case against the Kansas City Chiefs as favorites for Super Bowl 57 odds. The high-octane offense of the Chiefs is led by superstar quarterback Patrick Mahomes along with a plethora of skill-position players like tight end Travis Kelce and wide receiver Tyreek Hill. Being a favorite to win the Super Bowl is nothing new for the Chiefs.

After finishing the 2021 regular season with a 12-5 record and ranking fourth in the NFL in points scored per game, there’s still plenty of upside for a Chiefs team that was leading by double-digits at halftime in the AFC Championship game. It’s not quite time to panic and do a complete roster overhaul. That said, the Chiefs’ defense may need some more retooling in the offseason for bettors to truly feel good about their odds to win the Super Bowl.

In both the AFC Divisional Round and Conference Championship, KC’s defense came up short when facing elite competition and was picked apart by QB Josh Allen and Joe Burrow. Let’s be real: the Chiefs just barely scraped by the Bills with a touchdown in overtime after giving up 36 points in regulation. The AFC title game alone should’ve been a major red flag, but there were warning signs during the regular season of Kansas City’s defense being overrated too. Through the first seven games of the season, the Chiefs allowed 29 points per game and were 3-4 in the standings. They managed to correct it in the second half of the season when they limited teams to only 16.5 points over the final 10 games but the writing was on the wall entering the playoffs.

The Chiefs will likely address some positions on defense through the draft and free agency that could help push them over the top even with limited cap space. Players on their last legs may also stray to KC in a push for one last run to the Super Bowl.

At this stage, you’re not getting the best value for Super Bowl odds by betting on Chiefs now at +750. Wait until you see the upcoming NFL schedule, see how the offseason plays out and you may be able to get a bit better value.

What Are The Denver Broncos' Super Bowl Odds After Trading for Russell Wilson?

The Denver Broncos may not have been considered a contender for Super Bowl 56 odds but you could tell with how the Super Bowl 57 odds were laid out that oddsmakers had a hint of them planning to make a move. Since signing Peyton Manning from the Colts, the Broncos have always been looking for the next franchise QB to hang their hat on and they've got that now by making the win-now move of acquiring Russell Wilson from Seattle.

Wilson arguably had the worst season of his career in 2021 as he broke a finger on his throwing hand, which limited his accuracy. His throwing percentage dropped to 64.8%, the lowest it has been since the 2017 season, and he also stopped scrambling as much, which showed by his rushing yards dropping to a mere 183 yards in 14 games. If this is the version of Wilson the Broncos are getting, this will sink the franchise. However, if Wilson is able to regain his from 2020 when he threw for 40 touchdowns and had a career-high completion percentage (68.8%), the Broncos could do some serious damage in the AFC.

The great news for Wilson and potential Broncos' bettors is they have a lot of intriguing weapons on offense with WR depth (Jerry Jeudy, Courtland Sutton, Tim Patrick) and a running back in Javonte Williams (Melvin Gordon is a free agent). It also helps when you have a top-three defense backing you as Denver ranked third in scoring defense (18.9), first in opponent rushing touchdowns and third in opponent passing touchdowns.

Getting out of their own division will be the first test as playing against the Chiefs, Chargers and Raiders twice a season was already a challenge but Wilson just came from the NFC West. Not exactly a pushover division. The Broncos should be able to at least get a Wild Card spot but even that isn't a given with how strong the quarterback play is in the AFC Conference. At +1200 odds, I'd rather take a wait-and-see approach before feeling comfortable going all-in on Denver.

Although you may have to wait nearly a year before a Super Bowl future cashes as a potential winner, there’s still incredible value for bettors to be considering some mid-tier teams now for Super Bowl 57 odds. For example, the Cincinnati Bengals, who just played in Super Bowl 56, opened with +10000 odds prior to the start of the 2021 NFL regular season so a shrewd bettor can find Super Bowl odds to be quite lucrative by betting them now.

Here is a mid-tier team that could potentially break through in the 2022 season and contend for odds to win the Super Bowl:

The Minnesota Vikings are one of the many teams in the NFL that can’t seem to get out of their own way. Some inexplicable losses and poor coaching in the latter stages of the season is right out of the “Loser Playbook” and the Vikings ran it into the ground. They were edged out of the NFC Playoffs despite having injury woes to players like RB Dalvin Cook and WR Adam Thielen which limited the offensive upside.

Even if QB Kirk Cousins doesn’t get mentioned in the upper tier of his contemporaries, he was pretty decent for the 2021 season with 33 passing touchdowns and only seven interceptions. The latter stat is why I’m encouraged about the Vikings’ potential for the 2022 regular season.

The good news for the Vikings is, by default, still the second-best team in their own division and would launch to first if the Packers show any sign of struggle in 2022. Quarterback Aaron Rodgers is planning to return, so the probability of that outcome may be low, but that doesn’t mean the Vikings should be outright dismissed as a result either. At these odds, I’m willing to take a shot on a purple uprising in the NFC North.

The time has come, and you want to make a bet on Super Bowl futures for the 2022 season, but as a new bettor, you don’t know where to begin. Don’t sweat it, because FTNBets has got you covered. The first thing a potential bettor needs to know is which sportsbook is available in your respective state and to set up a betting account.

After going through the different online sportsbooks that offer Super Bowl odds, you’ll need to set up an account with verifiable info. Submitting a copy of identification like a driver’s license that has your current address is the fast track way to be certified and to start betting.

Now that you’re signed up and have funds to bet with, the next step is being able to understand and interpret the odds in front of you. For reference, let’s use the top five NFL teams with the best odds to win Super Bowl 56 from the preseason:

Value is key when betting on Super Bowl odds, and these change weekly depending on what happened in certain games. Key players can get injured, trades can happen or even a team’s coach can be fired for underperforming. Line movements for Super Bowl futures happen regularly so if you see odds that pique your interest, it’s best to grab it ASAP.