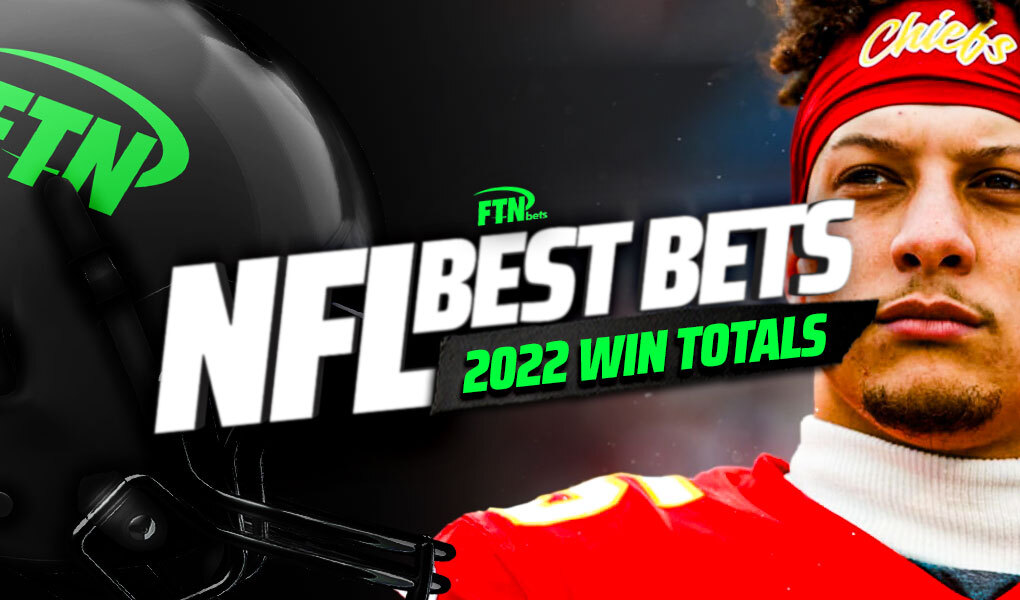 FTN's Jeff Ratcliffe uses the NFL schedule release and the FTN projections to identify the best bets for win total over/unders for the 2022 football season.

The 2022 NFL schedule is officially released, which means we now have an opportunity to get some team futures wagers in on regular season wins. To help us identify the best lines to attack, we can lean on the fantasy football projections we have over at FTN Fantasy.

Using our projections, we can establish points for and points against for each team. If you have those numbers, it’s surprisingly very easy to calculate expected win totals using Pythagorean expectation. If you aren’t familiar with that methodology, it has its roots in sabermetrics and was initially devised by the godfather of sabermetrics, Bill James. I not going to bore you with the formula here, but it’s worth a Google search if you’re into that sort of thing.

After we calculate expected win totals, we can then compare these totals to the lines to establish which bets give us the biggest edge. We’ll take our lines from DraftKings Sportsbook. Here are the projected totals and betting lines for all 32 NFL teams listed in order of edge from biggest to smallest:

You’ll notice that the Cleveland Browns currently have no line. Of course, this is due to the murkiness of Deshaun Watson’s immediate future. A suspension is likely for Watson, but the NFL has yet to announce anything one way or another. However, if you’re curious, we can get a sense of what the line might be. There are 272 games in the regular season and the total of all the existing lines is 263. That means the Browns’ line would likely be 9 if there was one.

They’ve been arguably the most dominant team of the last half-decade, but the times have changed for the Chiefs. With the AFC West looking to be a juggernaut, there will be no easy divisional games this season. The Chiefs also face teams with winning records from last season in each of their first eight games. While a 10-win season is still very much in reach for Patrick Mahomes and company, there’s enough meat on the bone to make this wager appealing.

The Ben Roethlisberger era is over, and we don’t quite know what to expect from the Steelers on the offensive side of the ball in 2022. The good news is that their defense remains one of the league’s better units. But Pittsburgh will almost certainly be starting a rookie quarterback for some, if not all, of this upcoming season. Add to that the fact that they’ll have to face tough defenses Tampa and New Orleans along with a brutal divisional schedule, and we have the makings of a healthy under here.

We’ll stick in the AFC North with last year’s Super Bowl runner-up. The Bengals are moving in the exact opposite direction as the Steelers. With Joe Burrow ascending and an arsenal of offensive weapons, the Bengals have the firepower to go toe-to-toe with any team in the league. They also have an underrated defense. Simply put, this line is too low.

Mike McDaniel stepped into a good situation with a Dolphins team that has gone 19-14 over the last two seasons. He also has the added benefit of having one of the league’s most explosive weapons in Tyreek Hill on the roster. All that said, this line is a bit ambitious. Miami has to face the NFC West and AFC North along with two games against the Bills. Hammer the under on this one.