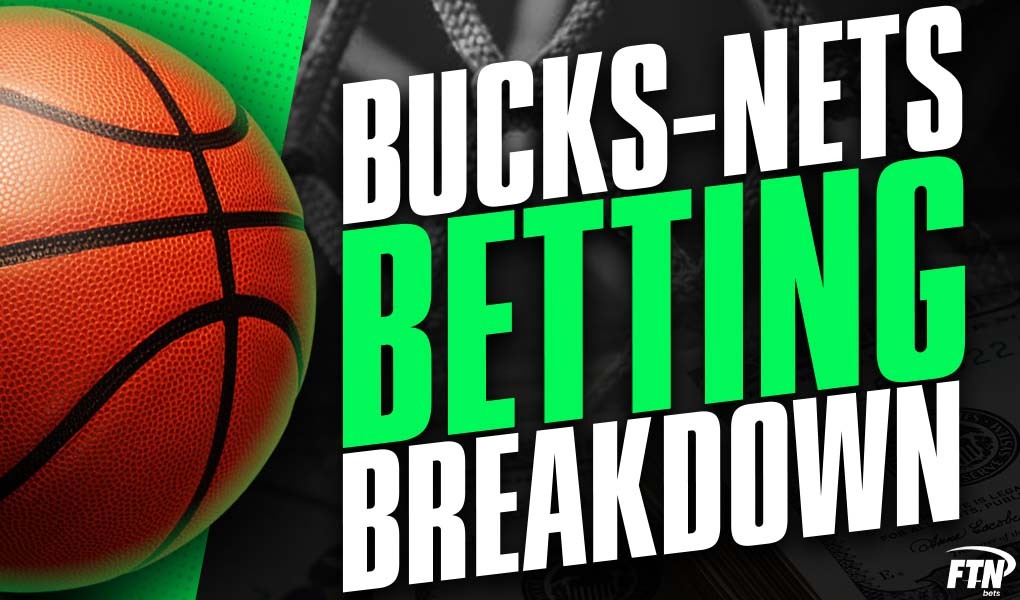 FTN's Joe Metz runs through all the key pieces of betting information to know heading into the Nets/Bucks Opening Night tilt to kick off the NBA season.

Many of the season’s headlines stem from this game. Will Milwaukee be able to repeat as champions? Will the Nets stars stay healthy enough to make a deep run? It’s a long 82-game season, but Game 1 is one of the most anticipated of the season. Let’s dive into the best bets for the Nets vs. Bucks game.

How do I watch the Nets vs. Bucks?

Looking for the latest odds for this matchup? Here are the latest, courtesy of DraftKings Sportsbook.

Opening Odds for Nets vs. Bucks

This game is projected to be as tight as you can get, with the visiting Nets only favored by one over the defending champions. The Bucks were one of the best teams in the NBA in 2020-21 against the spread when playing at home, posting a 26-21 (55.3%) record ATS. Brooklyn was rather mediocre as the away team, posting a 21-20 record against the spread as the road team. With more variables heading into the 2021-22 season, however, we could see trends shift with external factors getting involved.

While Kevin Durant isn’t the only MVP-caliber player on his own team, his MVP odds reflect that he remains the favorite on the Nets. Durant currently sits with the second-highest odds to win MVP this season (+600 on DraftKings Sportsbook), second to only Luka Doncic. Assuming he maintains a clean bill of health, Durant should be primed for a monstrous season. He also dominated the Bucks in the playoffs, topping 30 points in five of seven games and logging at least 48 in two of the last three games of the series.

Durant continued his success against the Bucks in their latest preseason game, as well.

Giannis Antetokounmpo is right up there with Durant on the MVP odds board, sitting with the fourth-highest odds (+900) on DraftKings Sportsbook. After his 50-point outing to clinch his first NBA championship, it’s only right to see him within the top-five players in MVP odds.

The elephant in the room is the vaccination status of Kyrie Irving. As things stand at the time of writing (Oct. 12), the Nets have released a statement that Irving will not be allowed to participate in any practice or game until he is fully vaccinated.

Given the fact that the two doses of the COVID-19 vaccine are typically spaced out (and even the one-dose Johnson & Johnson vaccine requires two weeks before the person is considered “fully vaccinated”), it’s highly likely that even if he decides to get vaccinated, he will be absent in this particular game. There’s a high probability that this line ends up moving in favor of the Bucks once Irving is officially ruled out for the game, making this some line movement to monitor.

The other aspect of this news is the value of the futures bets for Durant and James Harden. While the former is one of the favorites for MVP, Harden still sits at +2000 on DraftKings Sportsbook, a number that could surely change as Irving misses more and more time.

The Bucks come in with a clean bill of health for their core, while Donte DiVincenzo is still nursing the injury that kept him out of the playoff run. They’re also returning the vast majority of their core, minus PJ Tucker, that they had during the playoff series against the Nets last season.

They come in with an implied total of 54.5 regular-season wins (per DK sportsbook), trailing the Nets by only two games for the most projected wins in the entire NBA. This game itself is rather uncharted territory for the Bucks, as they found themselves as home underdogs on only three occasions last season, going 1-2 against the spread.

This is one of the tougher games to pick, especially being the first game of the season. Given the Nets’ uncertainties with Irving, getting the Bucks as an underdog feels like a value on the surface. With that said, the Nets added weapons to mitigate this kind of situation, as Patty Mills is a veteran point guard that is more than capable of filling in for Irving. Because of this, I will be avoiding the spread of this game. I do, however, have an interest in the total.

Two of the three games between these teams last season saw more than 240 total points scored, while all seven of the games in the playoffs between these teams went under the 239.5 implied total. Being the first game of the season and the potential championship hangover for the Bucks, I like taking the under here at 239.5 or higher.

Next, here are our betting picks for Nets vs. Bucks

NBA betting props for Nets vs. Bucks will be released the day of the game, stay tuned for picks, props and more.

How to Bet on This Game