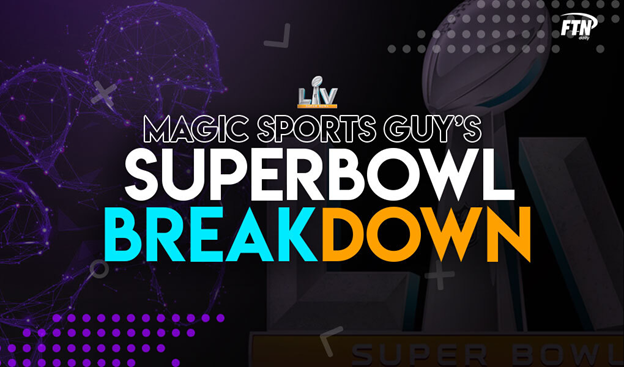 FTN's Kevin Adams dives in on the Super Bowl betting outlook, finding the best values for all sorts of bets. 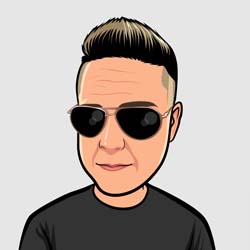 I like to make fun of some of the ridiculous splits that get tossed around Super Bowl week, since most have no predictive value. These are for entertainment, informative purposes, not to tell us who to bet on or play in DFS.

Chiefs left tackle Eric Fisher tore his Achilles against Buffalo. Martinas Rankin will start in his place, but likely at right tackle, with Mike Remmers moving over from his normal spot to protect Mahomes’ blind side, as they did last week. Remmers and G Andrew Wylie had their statuses upgraded to full participation Thursday. Mahomes was pressured on 28% of his 39 dropbacks in the Conference Championship (below his season average of 33%).

Mahomes was sacked only once last week (which was credited to Mahomes, per PFF), and completed 6-of-10 attempts for 8.1 YPA. This is the second starting lineman to go down for KC, with Mitchell Schwartz on IR and unlikely to be activated for the Bowl.

Tampa Bay pressured Mahomes on 34% of dropbacks in Week 12, which is in line with his season average (6.9 YPA with 9 TDs and 3 INTs this season). He completed just 7-of-15 attempts, but he was able to connect with Tyreek Hill on one of those so finished with 109 yards and a TD under pressure.

Running back Clyde Edwards-Helaire was the other Kansas City player to move from limited Wednesday to full participation Thursday. That is a big move for CEH, who never made it out of limited status prior to the Buffalo game. Seeing him as a full go is encouraging 10 days before the game. Edwards-Helaire and Darrel Williams will be joined by RB Le'Veon Bell to create a three-headed backfield committee for KC. Handicapping the playing time and touches for DFS and prop bets will be a challenge. Williams has dominated in these playoffs, handling 15.5 touches per game, but that was with no CEH and a struggling Bell against Cleveland and no Bell and a recovering Edwards-Helaire against Buffalo.

Sammy Watkins is the other notable Chiefs offensive player to keep an eye on. Watkins is supposed to return after a four-week layoff. Assuming he is back in full, the values of both Byron Pringle and Demarcus Robinson take a serious hit. Pringle has gotten seven targets on 49 pass routes (5-36-0) in the Chiefs' two playoff games, while Robinson saw just two targets on 60 routes (1-14-0, none last week). Robinson saw his production cut in half with Watkins in the lineup this season, and now is behind Pringle as well.

Mecole Hardman’s splits were almost identical with and without Watkins, so he retains his value in showdown contests.

On the defensive side, KC has standout CB L'Jarius Sneed is being evaluated for a concussion, but with the extra week I expect him to be cleared and a full go by kickoff.

Unlike Kansas City, Tampa is being much more guarded with the injury report, going as far as posting this message on their injury page (KC does not have it):

“Teams participating in the Super Bowl are required to produce injury reports during the bye week. That includes a report on Friday that will have game-status designations for the players' expected status if there was a game on Sunday, January 31. These game-status designations do NOT refer to Super Bowl LV. There will be another round of injury reports the week of the game.”

Bucs defensive tackle Vita Vea returned last week after missing 13 games to play 46% of defensive snaps. You would expect the two-week recovery and his second game back to lead to more snaps. Vea finished as one of the highest-graded pass rushers by PFF prior to his injury and also is a beast against the run.

These are all posted at FTNBets, and I will continue to add to it as more lines are released.

These teams averaged exactly 10.2 points per second quarter this season (tied for second). Kansas City has averaged 13.7 points in the second quarter over their last three games (Tampa, 12.3).

The Chiefs have averaged 1 punt per game in their last three and 2.9 per game for the season, averaging 2.3 allowed (1u).

The thought is they are going to try to score TDs once inside the 10-yard line (0.5u).

29 of 54 MVP awards have gone to a QB, with Tom Brady leading the way with four. Other playerss with multiple MVPs include QBs Joe Montana with three and Eli Manning, Bart Starr and Terry Bradshaw with two each.

Last year, Patrick Mahomes made it 10 of the last 14 MVP awards going to a QB. I picked Damien Williams (133 total yards and two TDs) as the best value on the board that also had the most realistic chance to win, so was tilted when they passed him up for the Baby Goat (286-2-2). It makes sense from a marketing perspective — Disney and the league simply couldn’t resist having the face of the NFL lifting the trophy and visiting Disney World.

Mahomes is the chalk once again, but this time there is an easy pivot to Brady at +200, the likely winner if Mahomes and the Chiefs don’t win. The best value on the board is Travis Kelce at +1000. Kelce would fit the bill for the marketing side of things after winning the Walter Payton NFL Man of the Year award. A tight end has never won the award, but Kelce is hardly a traditional TE, finishing fifth in receptions and second in receiving yards among all players in the regular season.

Leonard Fournette also stands out as a value play, assuming a Tampa win fueled by the defense and the exploitation of the Chiefs run D. Fournette has been a beast in his three playoff games, averaging 20.6 touches per game with a TD in each. If he scored multiple TDs and gets his 20 touches for 100 total yards while Brady throws a pick or two and doesn’t have the best game, he would be the logical choice. It is a long shot, but that’s why he is sitting at +2500.