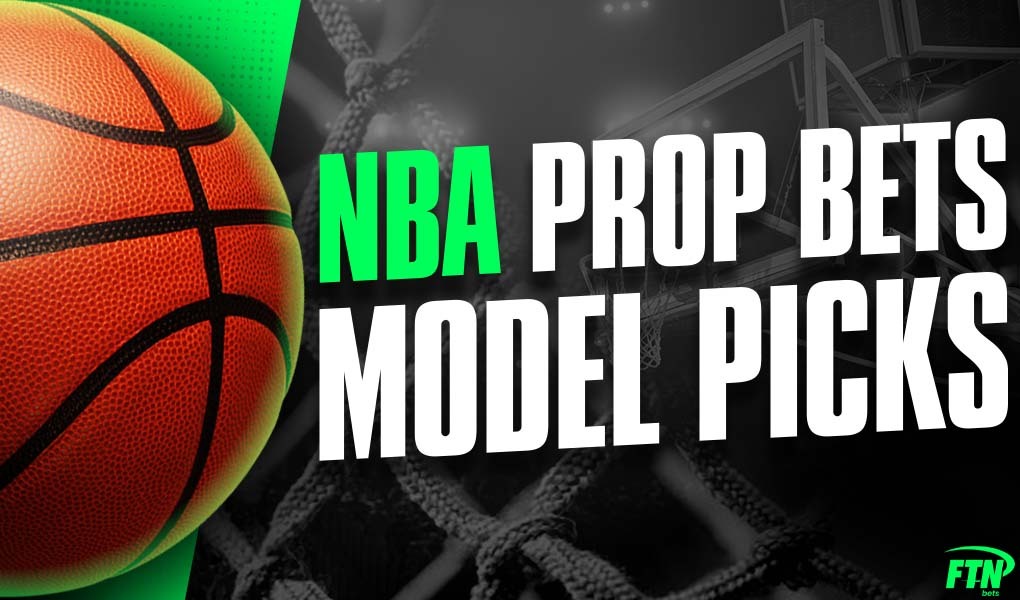 The number of picks I provide will vary each day, but my goal is to provide at least 2-3 picks that are backed by my model's numbers and provide some explanation as to why I like the bet, or how the model got to its conclusion. Let’s get into the picks.

Also: We have launched a new NBA prop betting tool, so check that out.

The Spencer Dinwiddie projection is quite bonkers, as it is way above any other model/book I have seen, but I am OK with it. With Luka Doncic off the floor since the trade, Dinwiddie has a 34% usage rate and is averaging 0.85 points and 0.18 assists per minute. I have him projected for north of 34 minutes Wednesday. Those calculations alone would put him 28.9 points and 6 assists. Now, it is likely that those per-minute averages will normalize a bit, although is per-minutes assist number over the course of the year is still 0.18, while the point per-minute average is 0.45 over the course of the entire year. If you meet those two in the middle for the sake of comparison, that puts us at 0.65 PPM, which totals out to about 22 points in 34 minutes. That is likely a conservative calculation, and that is without even considering the factors of this elite matchup against the Houston Rockets who are dead last in DEF and second in pace, which should lead to an elite environment for Dinwiddie.

Andre Drummond has been over this number in five of his last six games, and in his 14 games as a Net is averaging 11.4 points. Kyrie Irving will be active as this game is on the road, and I think that is what is pushing his number down to 8.5. So far since the trade, Drummond is averaging 0.52 points per minute with both Kyrie Irving and Kevin Durant on the floor, and he will obviously have time where one or maybe even both are on the bench, but even if he shared the floor with both of those guys all game, he would need just 18 minutes at that current rate to hit his over here.

Kyrie Irving hasn’t played since March 15, so he should be plenty rested and is coming off of a 60-point performance. Over the last 30 days, he is averaging over 35 PPG and has two performances of 50-plus in his last three games. This game has the highest total of any on the slate, and Memphis plays at the third-fastest pace in the NBA, which should lead to a very good scoring environment for Kyrie and the Nets.