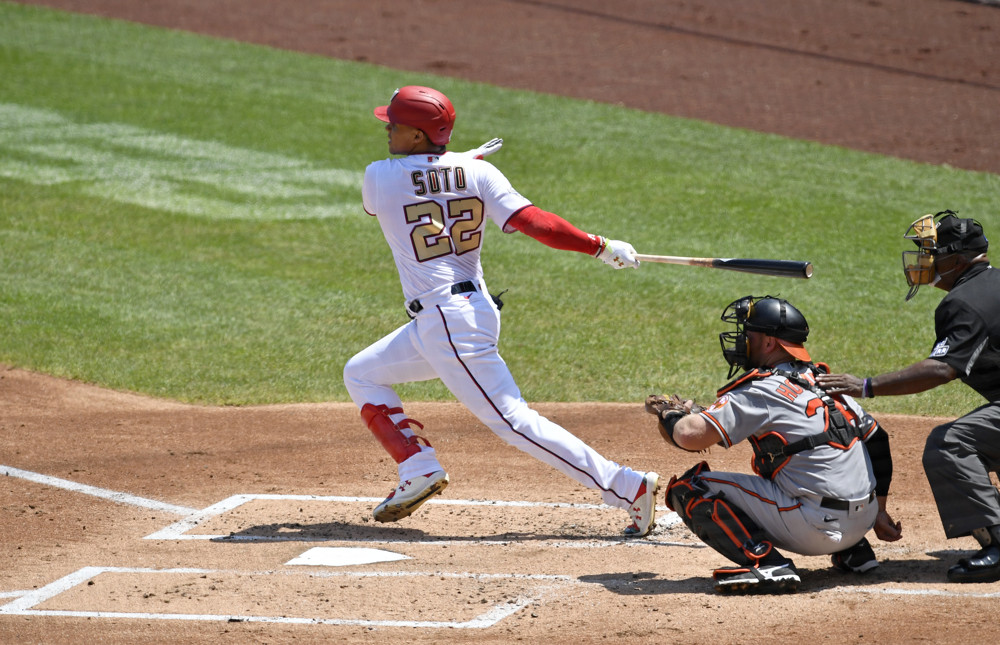 Prop Bet of the Day: Don't bail on the Nationals' chances

FTN's Matthew Davis explains why even a somewhat slow start doesn't have him off the Washington train in the NL East.

Looking to scratch an action itch? You bet we got you covered. Every day our ravenous bettors scour the web for their favorite player props to boost the bankroll. Today’s featured line comes from Matthew Davis.

The Nationals opened 2020 as a -220 favorite to win the NL East division. On Opening Day, they lost Juan Soto to a positive COVID-19 test, and Stephen Strasburg has missed time with nerve issues. The team is currently in fourth place in the NL East, but only three games back of the Miami Marlins in first. With the slow start out of the gate and three other teams ahead of them, their division prop has shifted to +350. I’m still confident the Nationals are still supreme in the NL East with the +350 being an overreaction. Here’s why:

Starting rotations need depth, talent and experience for a team to win a division. If not, the team will eventually crumble as bullpens cannot sustain being overworked and it’s difficult for any offense to carry a team for a long period of time. And the other divisions in the East are in a pickle:

The division’s offenses are in a better place, with the Nationals’ 98 wRC+ the only one in the division under 100. That said, since Soto’s return last week, the team’s wRC+ has risen to 105. Washington has a lineup stacked with speed and power. Their contact rate of 78.2% is currently the third-highest. Positional flexibility and experience are both huge positives for the Nationals as well. With an offense that can keep up with anyone and a rotation with depth and experience it’s going to be hard for the Nationals to lay down. They are only three games out of first even with Soto and Strasburg missing the beginning of the season. Going from -220 to +350 in less than three weeks is absurd.