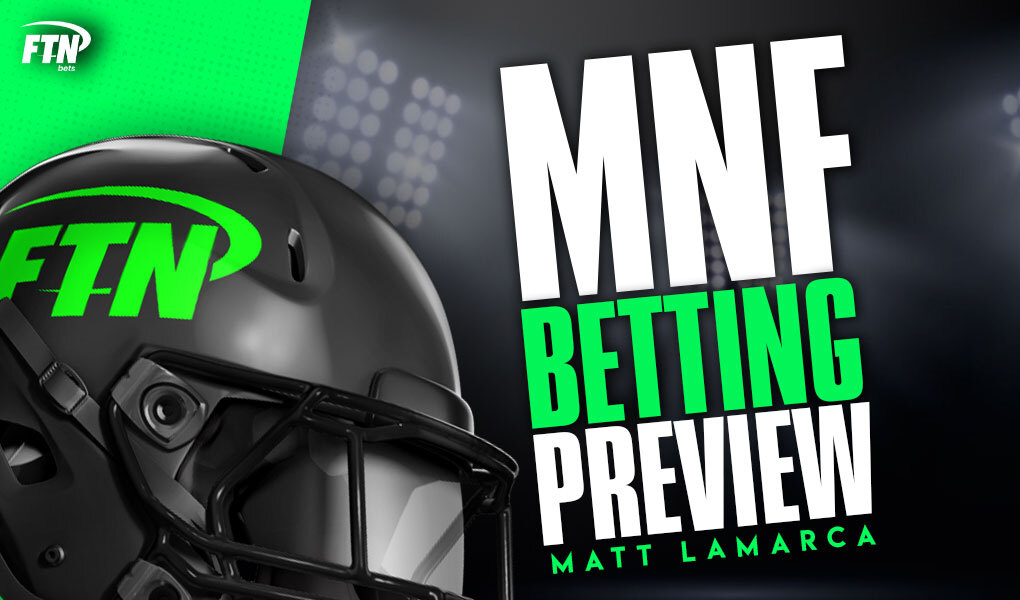 FTN's Matt LaMarca offers up a preview of the Seattle Seahawks vs. Washington Football Team Week 12 matchup, with a look at odds and betting picks.

Week 12 comes to a close with a Monday Night Football showdown between the Seattle Seahawks and the Washington Football Team.

Both of these teams are in the midst of disappointing seasons. The Seahawks have posted a record of just 3-7, so they might have to run the table to have a chance of making the playoffs. There was hope they’d be able to turn things around with Russell Wilson back in the fold, but they’ve lost two straight games with their star quarterback.

The Football Team won the NFC East last season, but they’re currently for third in the division at 4-6. Their odds to go back to the playoffs have dipped to just +640 on FanDuel Sportsbook.

Which of these teams will get a much-needed win on Monday Night Football? Let’s dive in.

Looking for the latest odds for this matchup? Here they are, with the best prices from DraftKings Sportsbook:

I never thought we’d live in a world where the public prefers Taylor Heinicke to Russell Wilson, but here we are. The Seahawks have received just 40% of the spread bets to start the week, so the Football Team is a big time public dog. The Football Team has won two straight games -- including an upset over the Buccaneers -- while the Seahawks have looked terrible in back-to-back games. That’s clearly impacting the public’s perception of both teams.

The sharps seems to be taking a more macro look at these squads. The Seahawks have received 71% of the spread dollars, which represents a solid discrepancy when compared to the bet tickets. There have already been two steam moves tracked on the Seahawks, as well.

As for the total, the betting activity hasn’t been nearly as interesting. The line has bounced between 46.5 and 47.0 for most of the week, and it’s currently sitting at the lower number at most sportsbooks. The betting activity has been split pretty evenly, with the under receiving 57% of the tickets and the over getting 51% of the dollars.

Russell Wilson was in the midst of another fantastic season before getting injured. He racked up 10 touchdown passes with one interception through his first five games, and he also averaged 10.81 adjusted yards per attempt. That was good enough to make him the league-leader in that department.

He was forced to miss three games with a finger injury, and he has not looked like the same player since returning to the lineup. He’s thrown two picks and zero touchdowns, and his adjusted yards per attempt has dropped to just 4.21.

Still, Wilson has established himself as one of the best quarterbacks in football, so there’s no reason to doubt him as long as he’s healthy. He’s historically posted a record of 78-66-7 against the spread during the regular season, and he’s been excellent in games that are expected to be close. He owns a mark of 31-23-3 when the spread is between -3.0 and +3.0.

Taylor Heinicke was not supposed to be the Football Team’s starting quarterback this season, but an injury to Ryan Fitzpatrick forced him into the lineup. He’s held his own at the position. Heinicke has racked up 15 touchdown passes with nine interceptions, and he’s averaged 7.0 adjusted yards per attempt. Not bad for a guy who was planning on being a math teacher at this time last year.

Unfortunately, Heinicke hasn’t been nearly as adept at covering spreads. He’s just 3-7 against the spread during the regular season, despite the fact that he’s covered in back-to-back weeks.

Given Wilson’s struggles at quarterback recently, I’m sure the Seahawks would love to lean on their running game. Yet their backfield is in shambles at the moment. Starting running back Chris Carson will miss the rest of the year with a neck injury, while backups Rashaad Penny and Travis Homer have also been ruled out for Week 12. That leaves Alex Collins and DeeJay Dallas to handle the running back responsibilities against the Football Team.

With that in mind, this seems like a spot where the Seahawks should simply #LetRussCook. Chef Wilson’s knife skills haven’t looked great recently, but this is a prime bounce-back spot. Washington ranks 30th in Football Outsiders pass defense DVOA, and the team is without arguably their top defender in Chase Young. If Wilson can’t get right in this matchup, it’s time to really start worrying about his injury.

The Football Team’s passing attack could get some big-time reinforcements this week. Logan Thomas seems likely to be activated from injured reserve after missing the past six games, and he’s an excellent tight end when healthy.

Washington is also expected to get Curtis Samuel back this week. The receiver was one of their biggest additions over the offseason. He was a difference-maker for the Panthers last season, but he’s been limited to just two games this year.

If both players are active, this will be the first game all year where Thomas and Samuel have been in the lineup at the same time.

Very rarely do you get to back a quarterback like Wilson and fade the public at the same time, but that’s the case this week. That’s something I’m definitely looking to take advantage of.

In addition to being one of the best quarterbacks in football, Wilson has historically been excellent when coming off a loss. He’s posted a record of 27-15-4 in that situation, good for a return on investment of +24%. He failed to cover in that spot last week, but I’m going right back to the well on Monday night.

How to Bet on this Game

If you want to bet on this matchup and don’t already have a sportsbook account set up, check out FTNBets’ top sportsbooks page. You can see what shops are available in your state while also comparing lines, odds, promotions and bonuses to ensure you get the best value for your investment.