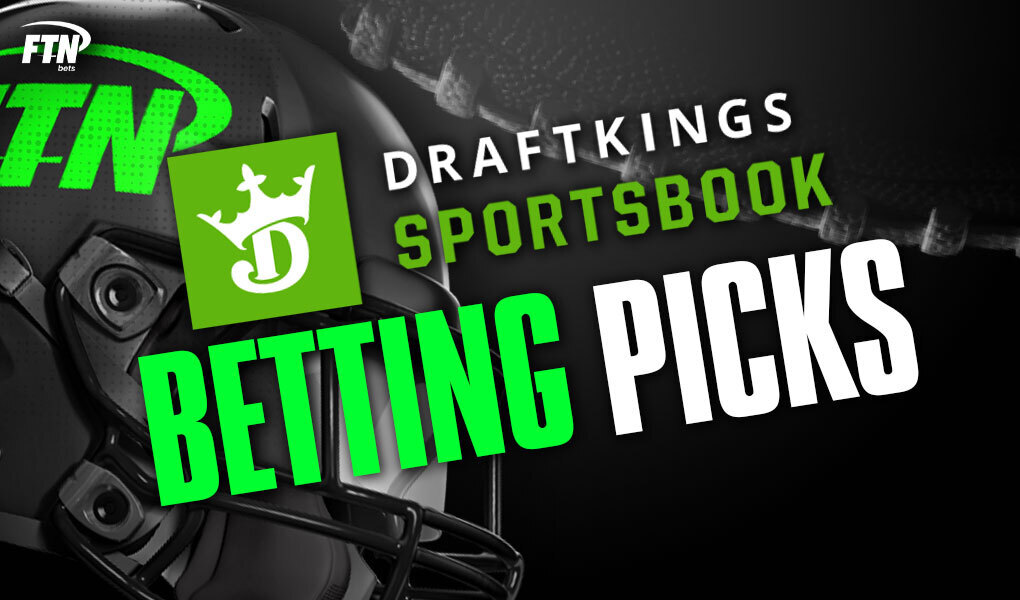 FTN's Matt LaMarca highlights three of his favorite bets on DraftKings for Week 13 of the NFL season.

Across the sports betting market, there tends to be strong uniformity in NFL sides, totals and moneylines — but not total uniformity.

Using our NFL odds page to lineshop, I’ve identified the following three lines that right now offer the most value at DraftKings Sportsbook relative to the rest of the market.

For all of this week’s best bets, make sure to check out our FTN Bet Tracker.

The Ravens opened up as 2.5-point road favorites against the Steelers, but the line has steadily crept up to 4.5. The juice on that number varies throughout the industry, with the -110 on DraftKings Sportsbook standing out as one of the best.

This used to be one of the best rivalries in football, but both of these teams have been disappointing. It’s hard to say that about the Ravens, who would be the No. 1 seed in the AFC if the playoffs started today, but most of their wins have been pretty unimpressive.

Overall, the Ravens have a Pythagorean Win Expectation of just 6.1-4.9, and they rank just 13th in Football Outsiders DVOA.

That said, the Steelers have been far more disappointing. Their offense has been an abomination this season, with Ben Roethlisberger looking like a shell of his former self. Najee Harris has been fine as a rookie, but he hasn’t turned around the running game the way that the team hoped.

In other words, this is the perfect bounce-back spot for the Ravens, and I expect them to take advantage.

The Jets moneyline is all over the place across the industry. This likely stems from the Jalen Hurts news. He’s officially questionable with a sprained ankle, and some folks across Twitter have reported that he’s been ruled out. However, the big guns like Adam Schefter and Ian Rapoport have yet to confirm his status. Schefter’s most recent report was that the Eagles will test out Hurts during pregame warmups before determining his availability.

However, if there’s a saying in the speculation world, it’s that it’s often better to be first than be right. What that essentially means is that if you wait until you know something with 100% certainty, it’s often too late to use that information to make a profit.

With that in mind, if you want to lock in the Jets now, the best place to do it is on DraftKings Sportsbook. You can grab the moneyline at +200 there, while it’s down to +175 at certain locations.

Even if Hurts is active, I’m not sure that the Eagles deserve to be favored by as much as they currently are. The Eagles have played some solid games recently, but they’ve also had some clunkers. They managed just seven points last week vs. the Giants, so this line feels too aggressive.

This is a very interesting matchup, and it’s setting up as a big “sharps vs. squares” spot. The public looks at these two teams and sees offense. The Buccaneers offense has been fantastic this season, leading the league with an average of 31.5 points per game. Unsurprisingly, 62% of the bets have sided with the over in this contest.

However, the sharps are hammering the under, which has received 84% of the dollars.

The Bucs offense has been not nearly as potent when playing away from home this season, averaging approximately -12.5 fewer points per game on the road. Meanwhile, the Falcons offense has taken a clear step back recently. They rank 27th in points and yards per game, and they’ve scored 24 total points over the past three weeks. With that in mind, this game could be lower scoring than expected.