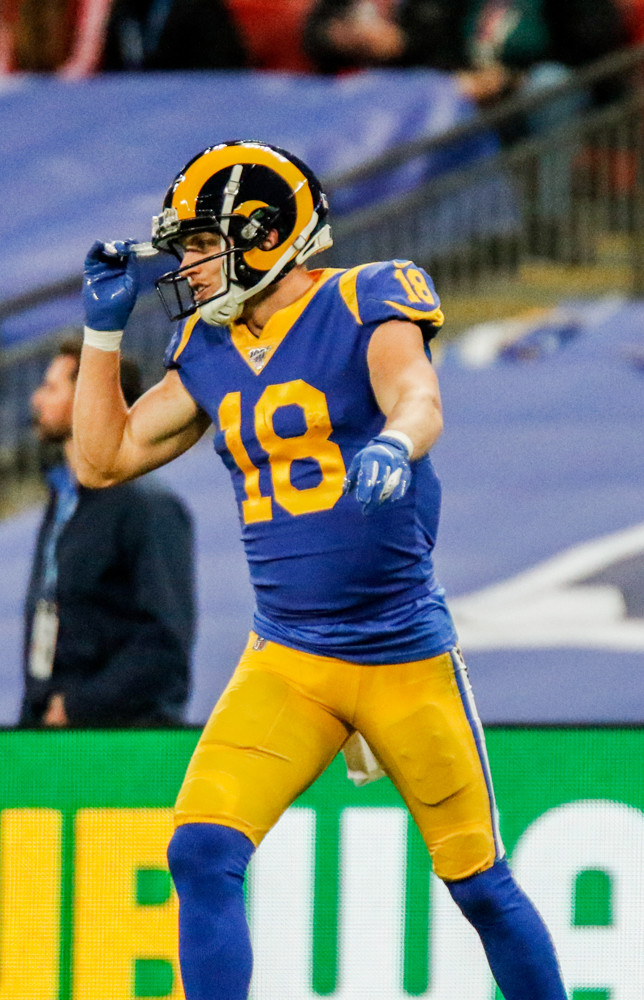 Most touchdowns? Most yards? With the Super Bowl this weekend, it's time to pick your favorite props bets and player matchup wagers.

Player matchup props are among the many, many prop bets available for Super Bowl 56. They give bettors the chance to predict how some Los Angeles Rams’ players will perform compared to players on the Cincinnati Bengals in Sunday’s game.

Will Matthew Stafford or Joe Burrow have the better Super Bowl? What about Cooper Kupp and Ja’Marr Chase?

After finishing second in the NFL with 41 regular-season touchdowns, Matthew Stafford has been even better in the playoffs. The veteran has a 115.6 passer rating this postseason, with two touchdown passes in each game. Stafford has thrown for multiple touchdowns in nine of the last 10 games. His penchant to throw interceptions could affect his passer rating, but not this prop bet.

Joe Burrow might play better than Stafford and still put up worse numbers. The quarterback’s 12 sacks in the AFC playoffs don’t bode well for his chances against Aaron Donald and Von Miller. Los Angeles has surrendered a lower opponent passer rating than any of Cincinnati’s previous opponents. The Rams only gave up three total touchdowns in the NFC playoffs.

Since returning in Week 18 from a torn Achilles, Cam Akers hasn’t rushed for more than 55 yards in a game. The running back is coming off consecutive 48-yard performances, even though he got 24 carries in the Divisional Round. Akers is averaging 2.8 yards per carry with no runs longer than 15 yards.

Joe Mixon made the Pro Bowl with a 1,205-yard season. He ran for 88 yards in the AFC Championship Game. Mixon is the only Cincinnati running back who has more than two carries this postseason. Sony Michel has run the ball 24 times for the Rams, making him a threat to take carries away from Akers.

Cooper Kupp might outgain Ja'Marr Chase and Joe Mixon by himself. That’s how automatic he’s been. Kupp has gone for more than 90 yards in 18 of the Rams’ 20 contests. He’s averaging 121.8 yards over his last nine games, following a 142-yard day in the NFC Championship Game. If Cam Akers reaches his average of 21 receiving yards, that should be plenty for this bet to hit.

Chase recorded 43% of his 1,455 regular-season yards in three outstanding games. The rookie has failed to reach 78 yards on 12 occasions, including a one-catch game against Denver in Week 15. Much like Broncos cornerback Patrick Surtain II did, Jalen Ramsey can limit Chase’s effectiveness. Mixon is only averaging 22 receiving yards in 19 games.

The biggest long shot among the player matchups, Tyler Boyd to score more touchdowns than Van Jefferson is a worthwhile bet. Before failing to reach the end zone in the Conference Championship and Divisional Round, Boyd had a touchdown catch in four straight games. Jefferson has gone seven consecutive games without a score.

Jefferson had six touchdowns in his first 13 games, but he’s gotten fewer targets since Odell Beckham has taken a bigger role in the offense. Boyd has 10 playoff receptions, twice as many as Jefferson. If the Rams look to make sure that Chase doesn’t beat them, Boyd will be a beneficiary.

Sure, the Rams are favored to finish with more points than the Bengals, but the way the two teams score makes Evan McPherson a strong bet. McPherson is 12-for-12 on field goal attempts in the playoffs. Cincinnati has scored five postseason touchdowns. Los Angeles has eight offense touchdowns and seven field goals this postseason.

Matt Gay missed a kick in each of the last two games. His longest field goal in the last six games is a 46-yarder. McPherson has made all five attempts from at least 50 yards in the last six games. Gay has scored eight points or fewer in four of the last seven games. During that span, McPherson has totaled at least nine points in every game. Between McPherson’s range and Los Angeles’ stingy defense, it could create the opportunity for a bunch of Cincinnati field-goal tries.