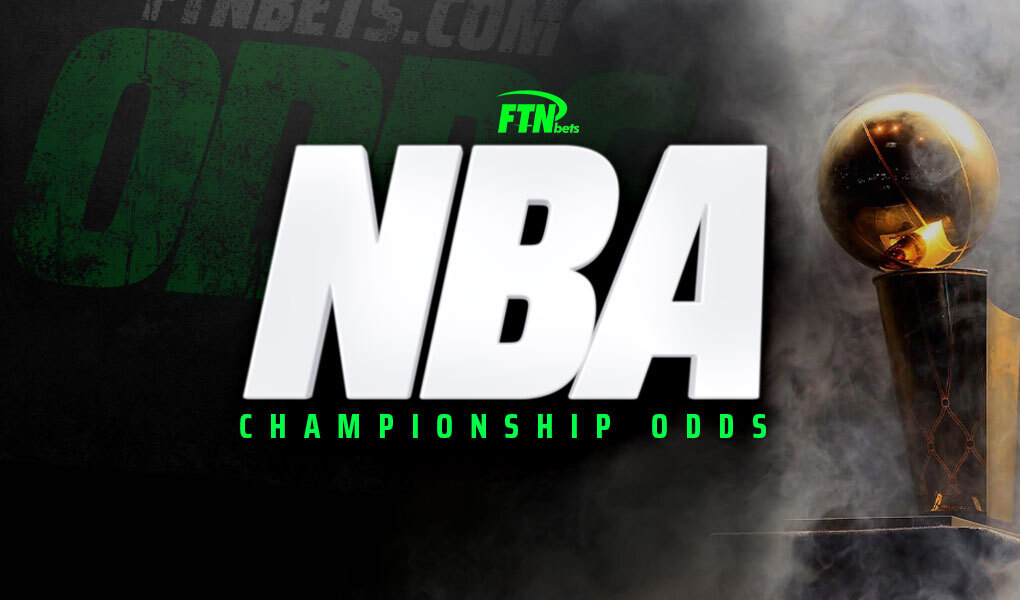 Looking for NBA Championship odds? FTNBets has a betting preview for the 2023 NBA season.

The team that came up short in the 2022 NBA Finals is the betting favorite for the next title. The Boston Celtics enter the regular season with the best odds to win the championship in 2023.

The Celtics have +500 odds (16.7% implied probability) at BetMGM to win the 2023 NBA Finals. After making their fourth trip to the Eastern Conference Finals in six years, Boston is considered to be the most likely champion in a league filled with legitimate title contenders.

Immediately following the Celtics are the defending champion Golden State Warriors with +600 odds. Golden State rebounded from a 2-1 series deficit to eliminate Boston in six games. It marked the franchise’s fourth championship in seven seasons.

The favorites in the Eastern and Western Conference each had to deal with their own controversies shortly before the start of the 2022-2023 season. Boston suspended head coach Ime Udoka for the season because he violated multiple team policies. Draymond Green was fined and spent a few days away from the Warriors when a video of the forward punching Jordan Poole in practice was leaked to TMZ.

It might not be long before Giannis Antetokounmpo and the Milwaukee Bucks take over as the favorites in the conference. Milwaukee pushed Boston to seven games in the second round of the playoffs without Khris Middleton. The Bucks have +650 odds to win the 2023 NBA Finals.

The Brooklyn Nets and Los Angeles Clippers are up next with +700 championship odds apiece. The two teams might have the most talent in the league. Brooklyn is hoping to get a full season of Kevin Durant, Kyrie Irving and Ben Simmons on the same team. The Clippers are as dangerous as anyone when Kawhi Leonard and Paul George share the court.

The Phoenix Suns have +1000 odds for the championship. Phoenix followed up a trip to the 2021 NBA Finals with the league’s best regular-season record. The Suns were upset in the second round of the playoffs.

Let’s take a look at why oddsmakers have the Celtics as the NBA championship favorites heading into the season and if there’s a longshot team worth consideration to win the title.

Who Will Win The NBA Championship?

Why are the Boston Celtics Favored For NBA Championship Odds?

The Celtics certainly had an eventful offseason after coming two victories shy of winning the 2022 NBA Finals. Boston made some smart additions, trading for Malcolm Brogdon and signing Danilo Gallinari. Shortly after joining the Celtics, Gallinari suffered a torn ACL that will keep him out for much of the regular season. Many of the positive vibes surrounding Boston disappeared when Udoka was suspended.

Where does all that leave the Celtics to start the 2022-2023 campaign? Boston still has one of the NBA’s best rosters, and it’s possible that the team will be even better during its conference championship defense. Coming off an All-NBA First-Team selection at just 24 years old, Jayson Tatum could take another leap and be a top MVP candidate. Jaylen Brown is one of the league’s best two-way wings in his age-26 season. Marcus Smart is the reigning Defensive Player of the Year. Robert Williams might actually be the team’s best defensive player, though he’s set to miss a few weeks because of knee surgery.

Boston’s run through the East was built on defense. The Celtics led the league with a 106.2 defensive rating. They shut down Kevin Durant in the first round of the playoffs and every Bucks player besides Giannis Antetokounmpo in the second round. In their four conference finals victories, Boston held the Miami Heat to 90 points per game.

The ceiling for the Celtics is about as high as any team in the East. No one knows how the loss of Udoka will affect the team. If it hurts Boston on the defensive end, the Celtics could have a disappointing season.

Can the Warriors Repeat as NBA Champions?

It’s not hard to imagine Golden State winning multiple championships because this same core of players has already done it. Sure, Durant was part of two title teams, but the Warriors have also won a pair of rings without the 12-time All-Star. Stephen Curry silenced any doubters he might’ve had left, winning his first NBA Finals MVP. The greatest shooter of all time is surrounded by an abundance of championship experience and young players who could make considerable strides over the next year.

Klay Thompson and Draymond Green might not be the offensive players that they once were, but they remain terrific complements to Curry. Thompson is almost sure to be improved now that he has a season under his belt following a pair of season-ending injuries. Green’s antics are worth monitoring, but he’s had multiple locker-room blowups in the past and they’ve never stopped Golden State from winning the West. Whether or not money was an impetus for his fight with Jordan Poole, Green should be motivated in a contract year. Andrew Wiggins was Golden State’s second-best player in the Finals, averaging 18.3 points, 8.8 rebounds, 1.5 steals and 1.5 blocks per game.

Poole has All-Star potential after finishing second in total points on the Warriors during the regular season. There’s a reason why the shooting guard is in line to sign a massive contract extension. James Wiseman, Jonathan Kuminga and Moses Moody are all under 22 years old with tons of untapped potential. They could be used as trade bait or become part of a championship core that has several years left in its window.

The Warriors also return the West’s best defense, the most underrated part of their dynasty. Barring a serious injury to Curry or massive team in-fighting, Golden State is just about guaranteed to be a contender.

Longshot Bet To Consider For Odds To Win NBA Championship

Inevitably, there will be a team that wildly exceeds expectations and threatens to make a title run. Last season, it was the Memphis Grizzlies, who went from a play-in tournament team to the West’s No. 2 seed that gave the Warriors all they could handle in the second round. The Pelicans fit the description of a team that could take a significant step forward in 2023, making them a worthwhile longshot bet at +4000.

Much like Memphis did two seasons ago, New Orleans got a taste of postseason experience, pushing Phoenix to six games in the first round. The Pelicans turned their season around by trading for CJ McCollum. New Orleans had both a top-10 offense and defense after the All-Star Break. Brandon Ingram could represent the Pelicans in the All-Star Game. A returning Zion Williamson has the potential to be the superstar that gets New Orleans into serious championship contention.

Williamson was a revelation in his only full NBA season. The former No. 1 overall draft pick scored 27.0 points per game on 61.1% shooting. Williamson was close to automatic in the paint and even ran the offense at times, making him one of the most unguardable players in the league. If Williamson can gel with the team that played so well in March and April, the West better be on the lookout for the Pelicans.

The time has come for you to bet on the 2023 NBA Championship odds but you don’t know where to start or what the numbers beside the teams mean. No problem because FTNBets will explain it below. The first thing a new bettor needs to do is set up a sportsbook account that is available in your state and then deposit money to bet with. Once that’s complete, you’re ready to bet on odds to win the NBA Championship.

The numbers beside each team represent American odds, which means it’s what your potential payout would be if you were to bet $100 on that option. The team with the lowest number beside them is considered the betting favorite for this market. In this case, that’s the Celtics at +500.

If you think the Boston Celtics will win the 2022-2023 NBA Championship and you bet $100 on them, you’d win $600 from your sportsbook — your $100 is returned and you’re rewarded with $500 in profit. On the flip side, let’s say you think the Golden State Warriors will return to championship glory and you bet on them for NBA title odds, you’d win $600 in profit for a $100 bet from your sportsbook.