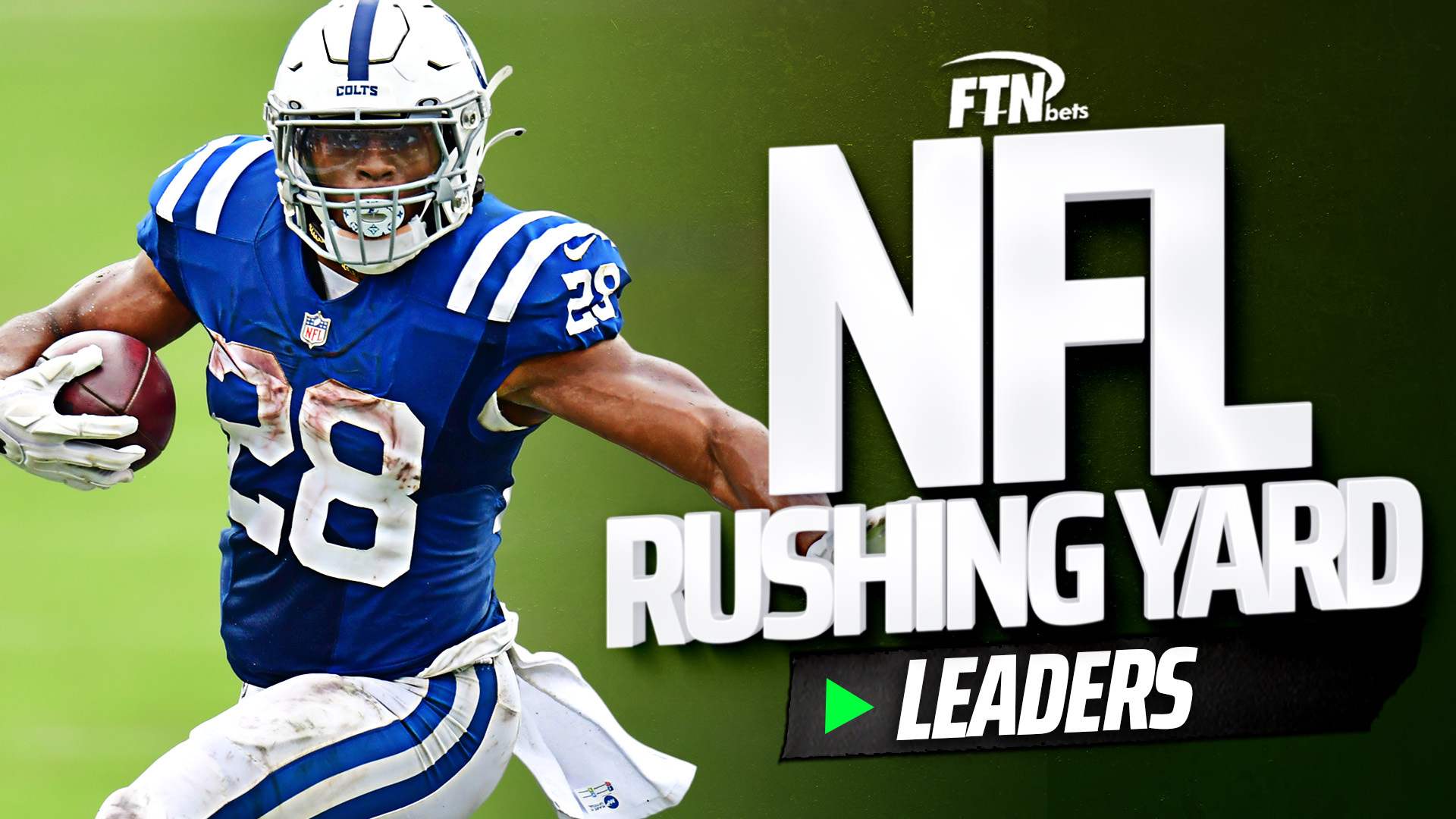 FTN's Tony Riccobono breaks down the odds and best bets for who could lead the NFL in rushing yards in 2022.

In just a few short weeks, one player has leapfrogged some of the league’s top running backs in the chase to become the NFL rushing leader. Josh Jacobs has the best odds to win the prop bet for the most rushing yards in the 2022 season.

Jacobs is favored with -175 odds (63.64% implied probability) at DraftKings Sportsbook to be the 2022 NFL rushing leader. Through Week 13, Jacobs leads all players with 1,303 rushing yards. After Week 10, Jacobs had +1100 odds to win the rushing title, making him a distant fourth in the race.

Nick Chubb has +350 odds to be the NFL rushing leader and is viewed as the biggest threat to Jacobs. Chubb ranks second in all of football with 1,119 rushing yards and 93.3 yards per game on the ground.

Derrick Henry’s +550 odds give him the third-best chance to finish the season as the rushing leader. The Tennessee Titans star has 1,078 rushing yards after 12 games. Prior to missing half of the 2021 campaign because of a foot injury, Henry won consecutive rushing titles.

Saquon Barkley is the fourth and final running back to amass over 1,000 yards before Week 14. Barkley’s odds for the rushing title are up to +1400 after totaling just 124 rushing yards in the last three games.

Let’s take a look at the favorites to be the 2022 NFL rushing leader and the best bet for this RB prop bet.

Who Will Be the 2022 NFL Rushing Leader?

Below are the odds to lead the NFL in rushing yards in 2022, per DraftKings Sportsbook.

Why is Josh Jacobs Favored to Have the Most NFL Rushing Yards in the 2022 Season?

The Las Vegas Raiders running back has put some distance between himself and the rest of the leaderboard over the last few weeks. While Chubb, Henry and Barkley have slowed down their pace, Jacobs has put together the best stretch of his career. Jacobs has 482 rushing yards in the last three games, highlighted by a 229-yard performance that included an 86-yard game-winning touchdown against the Seattle Seahawks.

Time is running out for someone to catch Jacobs. The 24-year-old has a 184-yard lead with only five games left to play. It’s no coincidence that Jacobs’ big stat lines have coincided with the Raiders’ three-game winning streak. Jacobs has more than 20 carries in four straight games. Las Vegas might keep feeding the running back until the offense slows down.

The two-time rushing champ is first with 258 carries, a category he led in both 2019 and 2020. Tennessee’s offense will continue to revolve around its running game, giving Henry the opportunity to gain ground on Jacobs.

Henry has experienced some poor luck over the last month. He was limited to just 11 attempts in a blowout loss in Philadelphia. The Denver Broncos’ stingy defense held the veteran to 53 yards on 19 carries. Henry rushed for over 100 yards in each game Weeks 4-9. The talent that allowed Henry to rush for the most yards in 2019 and repeat as the 2020 rushing leader with 2,027 yards is still there.

Looking to learn how to bet on the NFL rushing leader? FTNBets can show you the way. First, bettors must create an account with a sportsbook that operates in their state. Once you’ve deposited money, you can place a wager on this running back prop.

Visit the NFL player futures section of a sportsbook, and the odds should look something like this:

The numbers next to each player represent the odds, as well as the payout for a winning $100 bet. The player with the lowest number is the favorite. In this case, it’s Josh Jacobs.

Let’s say you bet $175 on Jacobs to have the most rushing yards. If he finishes the regular season as the rushing leader, $275 in total should be added to your account. That includes a $100 profit and the $175 you originally wagered.