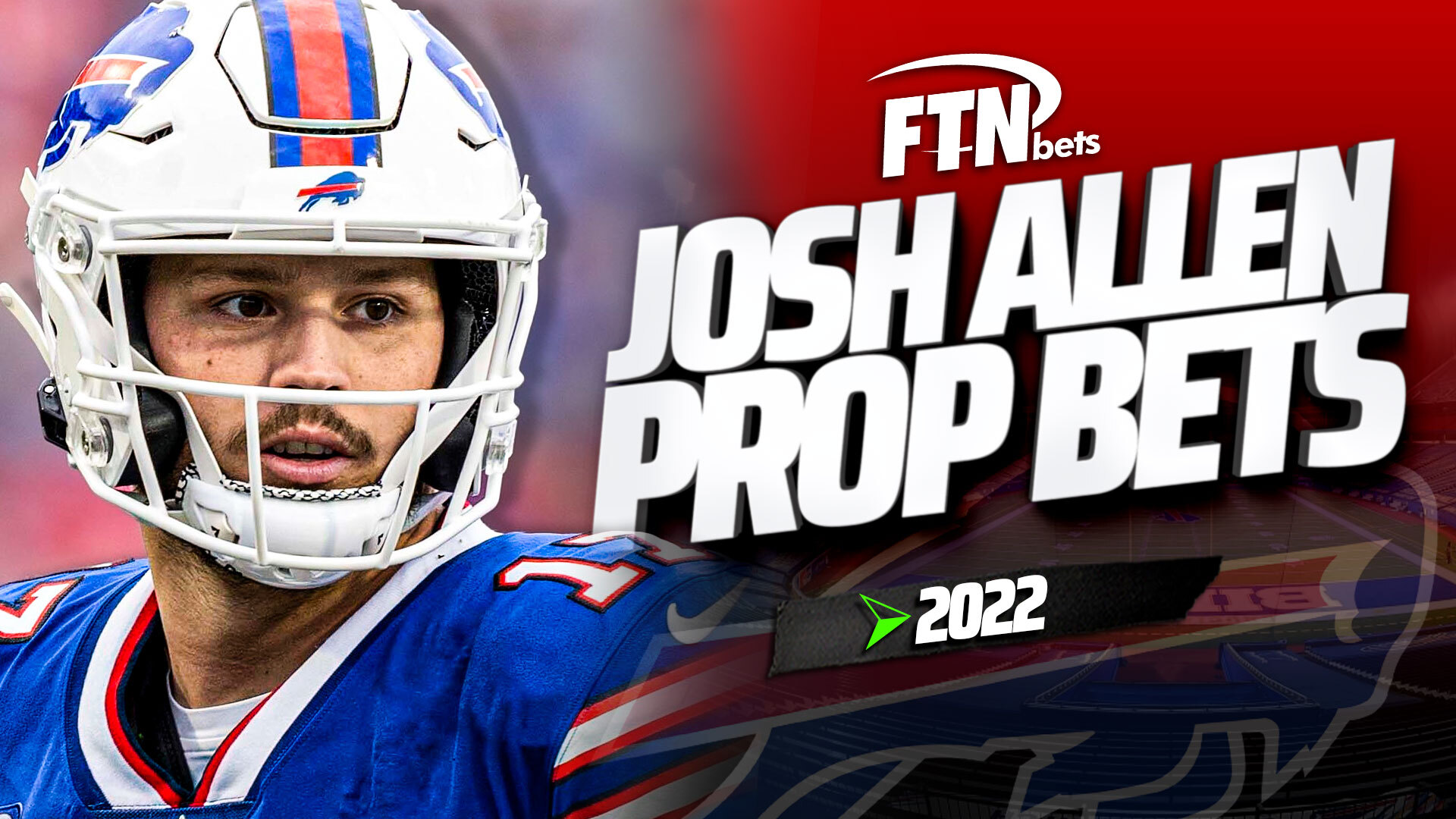 FTN's Tony Riccobono breaks down some of the key prop bets for Josh Allen in the 2022 NFL season.

Expectations couldn’t be higher for Josh Allen following a historic performance in the NFL playoffs. The Buffalo quarterback is the betting favorite to win the 2022 MVP award, which is reflected in the totals for his season-long prop bets.

Allen has an over/under passing yards total of 4,400.5 at DraftKings Sportsbook for the 2022 NFL season. Allen has a projected total of 35.5 touchdown passes, tying him for the second-highest over/under among all quarterbacks.

Allen recorded 4,407 passing yards, 36 passing touchdowns and 15 interceptions in the 2021 regular season. The 26-year-old took his game to a new level in postseason matchups with the New England Patriots and Kansas City Chiefs, completing 77.4% of his passes for 637 yards, nine touchdowns, no interceptions and a 149.0 passer rating. Allen became the first quarterback to ever have consecutive playoff games with four touchdown passes and no picks.

Let’s take a look at the odds for Allen’s passing totals in the 2022 NFL season and the best bet for each prop.

All odds per DraftKings Sportsbook.

How Many Passing Yards Will Josh Allen Have in 2022?

Maybe Allen is headed toward an MVP campaign, but he can win the award without throwing for more than 4,400 yards. Allen needed to start all 17 games and record a career-high 646 pass attempts in 2021 to barely finish with more than 4,400.5 yards. If Allen misses just one game, his chances of going over his passing yards total will be in jeopardy. The Bills are -225 favorites to win the AFC East. Buffalo could have the division wrapped up early and rest Allen in Week 18.

It’s unknown how the loss of Brian Daboll will affect Allen and Buffalo’s offense. Daboll is the only offensive coordinator that Allen has played for in the NFL, and he’s widely regarded as one of the league’s top playcallers. Even if the offense takes a few weeks to find its footing, that could be enough to keep Allen from going over his passing total.

Buffalo allowed the fewest passing yards in 2021, and the teams who finished just behind the Bills are on their 2022 schedule. The Patriots had the No. 2 pass defense. The Chicago Bears will host the Bills a season after finishing third in passing yards allowed. The Cleveland Browns and their No. 5 pass defense are on Buffalo’s schedule, as well.

How Many Touchdown Passes Will Josh Allen Throw in 2022?

It’d be hard to justify betting the over on Allen’s touchdown prop after predicting him to throw for less than 4,400 yards. Aaron Rodgers was the only quarterback last season who threw for more than 35 touchdowns while finishing below 4,400 yards. Since 2015, Russell Wilson and Lamar Jackson are the only other quarterbacks to put up such a stat line.

For a quarterback who runs as much as Allen, reaching 36 passing touchdowns again is a tall order. Allen is averaging close to eight rushing touchdowns per season. His rushing attempts increased to a career-high 122 attempts in 2021, and he led the league with 6.3 yards per attempt.

Patrick Mahomes and Tom Brady have high touchdown prop totals, but they also have 50-touchdown campaigns on their resume. Allen’s career high is 37 touchdown passes. It’s risky to bet the over on Allen’s total without more of a track record of seasons with 40 scores or more.

How To Bet Josh Allen Props

Once you’ve set up an account with a sportsbook that operates in your state and you’ve deposited money, you’re ready to bet on player futures. In the player props section, quarterbacks are given a passing yards total, along with odds for both the over and the under.

Josh Allen’s regular-season passing yards total, for example, is 4,400.5 yards. The under has -120 odds, while the over has +100 odds. When the odds have a minus sign, the number represents how much you would have to risk in order to make $100 for a winning bet. If there’s a plus sign next to the odds, the number represents how much you would profit for a winning $100 bet.