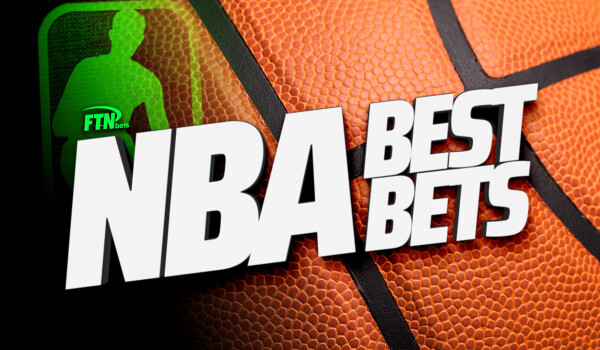 FTN's Marshall Gershon picks out his favorite bets and props of the day for Tuesday's NBA slate. 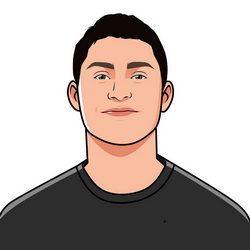 We have four games on tonight’s NBA Slate. It is an interesting slate, as all four feature spreads of four points or less, so hopefully we get to watch some competitive basketball.

My three favorite bets will be listed in this article. I’ll have more bets up later this afternoon in our NBA bet tracker. Without further ado, let’s dive into my three favorite player props for tonight’s slate of games.

I was honestly expecting this line to be 3.5 (-110) on the over. While Zach LaVine has only hit this prop in two of his four games this year, he's averaging seven 3-point attempts per game, and has eight and nine attempts in his last two starts. He's getting a full 30+ minutes when he plays, and the matchup couldn’t be better. The Nets are giving up the second-most 3s per game so far this year and by far the most to opposing shooting guards at 5.56 per game. Last game, the Nets allowed Buddy Hield and Chris Duarte to each attempt 10 3s. Grab this line at plus odds while you can.

Coming into the season, there was concern that the Warriors, coming off their NBA title, would limit the playing time for their starters in preparation for the long season. While that is true for some of their players, it simply has not been the case for Stephen Curry. He has played at least 30 minutes in every game so far this season, and that has resulted in 30+ points in six of seven games. The Heat defense has been average at best this season, but even if tonight’s the night Miami’s top defense returns, it is still tough to guard Curry. FTN’s Kyle Murray has him projected for 28 points tonight, but I actually like him to score 30+ once again. He scored 33 against Miami just a few days ago.

Draymond Green To Record a Double-Double

Draymond Green’s minutes went up in each game he played this season before getting blown out in Detroit, maxing out at 35 minutes against Charlotte. To me, that indicates that Draymond is 100% healthy and will get a full run of minutes in meaningful, close games. Tonight should be a close one versus Miami, so I'm anticipating at least 30 minutes in this game from Dray. While he has yet to record a double-double this season, Draymond is a nightly threat for 10+ points, rebounds or assists. This line usually lives at around +300, so we’re getting a value here, as the books haven’t quite adjusted to Draymond playing full minutes again. This bet is worth half a unit.