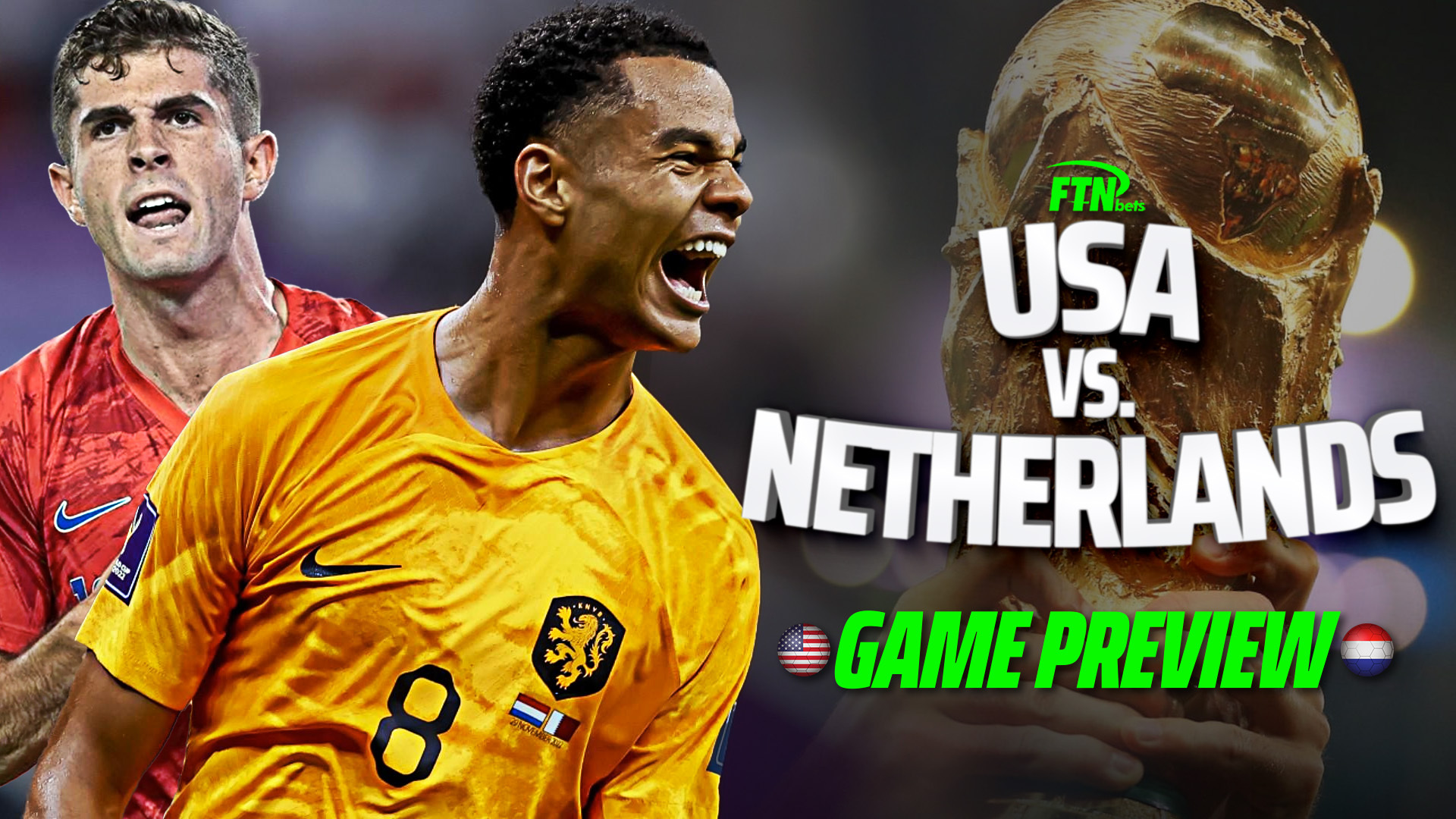 After surviving the group stage of the 2022 FIFA World Cup, it’s win or go home for the United States Men’s National Soccer Team in a match against the Netherlands Saturday. Unfortunately for the USMNT, the betting odds suggest that the Round of 16 will mark the end of the USA’s time in Qatar.

A win over the Netherlands would guarantee the USA its best finish at the World Cup in 20 years. In each of their last two World Cup appearances, the Americans have come up short in their first match of the knockout stage.

Can the USA beat the Netherlands? Let’s take a look at the upcoming World Cup match from a betting perspective.

When is USA vs. Netherlands?

The USA went undefeated in three group play matches. That included a scoreless draw with England, against whom the USA was an even bigger underdog than it is against the Netherlands. The USA entered the match on Black Friday as a +550 underdog.

The Netherlands was an odds-on favorite in all three of its group play matches. The Dutch were never upset outright, but they did play to a 1-1 tie with Ecuador.

A 1-0 victory over Iran was the USA’s only win in Group B. The Netherlands won Group A by defeating both Senegal and Qatar 2-0.

Wout Weghorst is second with +195 odds, followed by Luuk de Jong at +240. After scoring a goal in every game during group play, Cody Gakpo has +270 odds to put the ball in the back of the net against the USA.

Seven players for the Netherlands have better odds to score a goal than any USA player. Jesus Ferreira is considered to be the USA’s most likely goal scorer with +320 odds. Josh Sargent and Haji Wright are next with +370 odds.

Tim Weah, who scored the USA’s lone goal against Wales, has +480 odds to get on the board against the Netherlands. Christian Pulisic has +490 odds to follow up his deciding goal against Iran with a score in the Round of 16.

Davy Klaassen and Noa Lang are the co-favorites to register an assist with +300 odds. Klaassen had a goal and two assists for the Netherlands in group play. Gakpo (+320), Steven Berghuis (+330) and Steven Bergwijn (+350) are all given a better chance than any American to get an assist.

Brenden Aaronson leads all USA players with +500 odds to get an assist against the Netherlands. Weah, Pulisic and Weston McKennie have +600 odds. Sergiño Dest has +700 odds after assisting on the only goal in the USA’s group play clincher.

No one expects the USA to win the World Cup. Doing so would make the Americans the most unlikely World Cup champions of the last several decades, if not all time. The USA doesn’t have better than +7500 odds to win the World Cup at any of the top sportsbooks, and the team can be found as high as +10000 at PointsBet.

The Netherlands might be best described as a realistic long shot to win the World Cup. The Dutch aren’t among the favorites, but they are viewed as a top-10 team in the field. PointsBet gives the Netherlands its best chance with +1400 odds to win the championship.

Only eight nations have ever won the World Cup since the inaugural tournament in 1930. The Netherlands has come just short of winning its first-ever championship on three occasions, finishing as the runner-up in 1974, 1978 and as recently as 2010. Before failing to qualify for the 2018 World Cup, the Netherlands had a third-place finish at the 2014 World Cup. The USA made the quarterfinals in 2002 and the semifinals 92 years ago.

Use the FTN Bets Prop Shop to find the best odds for player prop bets and World Cup futures bets.