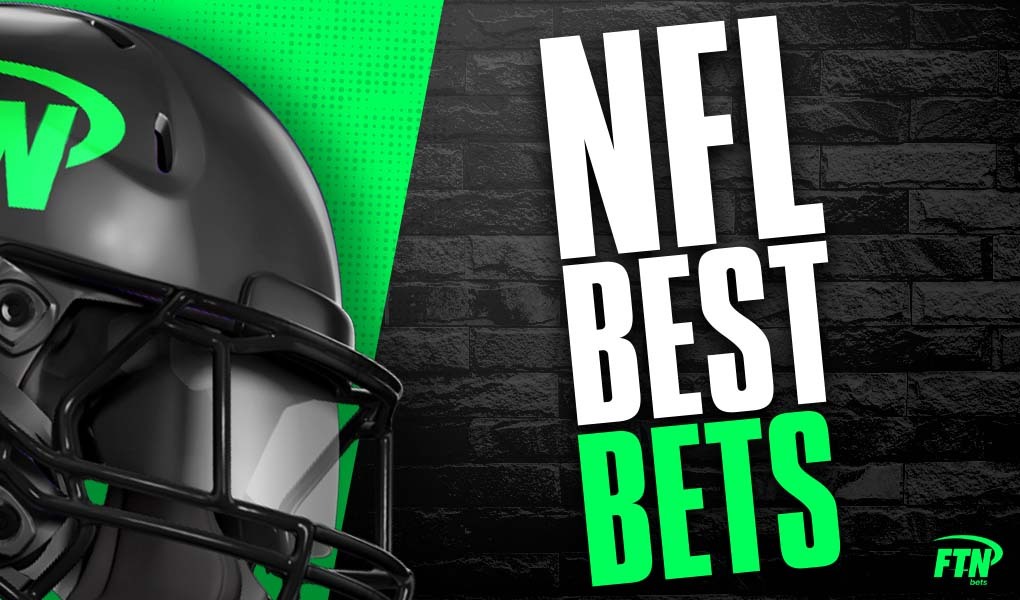 FTN's Matthew Freedman picks out his favorite bets to make in Week 3 of the NFL season.

I tend to bet early in the week — usually Sunday night or Monday morning — in the expectation that lines will move as the week progresses.

That was the case this week: On Sunday, I put 14 early plays into our FTN Bet Tracker. (That’s where you can find all my NFL sides, totals and player props.) On Tuesday and Wednesday mornings, I put two more sides into the Tracker.

To access the FTN Bet Tracker, use the promo code FREEDMAN to get 20% off your FTN subscription.

As of writing (Wednesday night), nine of the 16 total bets have moved in my direction based on the consensus lines, four have moved against me, and three have stayed put.

It looks like I’ll probably get good closing line value: That’s the functionality of betting early.

Given the line movement we’ve already seen, the following plays are my current best bets — the ones I think offer the most value right now.

Quarterback Kyler Murray played like an MVP last year before his season-altering shoulder injury in Week 11, and he has played like an MVP this year in Weeks 1-2. He has a 73.5% completion rate with 10.2 adjusted yards per attempt for 689-7-3 passing and 10-51-2 rushing.

As for the Jaguars, they are a mess. Head coach Urban Meyer looks lost. The offense is No. 28 with 17.0 points scored, and the defense is No. 26 with 30.0 points allowed per game. They do nothing well.

Cardinals head coach Kliff Kingsbury is 4-8 ATS as a favorite, so I don’t love taking him in this spot, but the Jags are so bad that I must bet against them, and at least Kingsbury is 10-5-2 ATS on the road.

On Tuesday morning, I bet this at -9, thinking that it might go to -10. Instead, it bounced around and fell as low as -7.5, where I bet it Wednesday morning. The consensus line has since settled at -8.

Based on how the market has moved, I might not have the right read on this game.

The Ravens had a tough overtime road loss to the Raiders in Week 1 on Monday Night Football and then on short rest had an exhausting comeback home victory over the Chiefs in Week 2 in what was a get-up, get-right, exorcise-the-demons game.

Perhaps the market views this as a letdown spot on the road.

Quarterback Lamar Jackson has completed 66.1% of his passes this year for a reasonable 7.6 AY/A, and he’s an outstanding 28-193-2 rushing. He is still doing Jackson-like things.

Even without his three top running backs and left tackle Ronnie Stanley, Jackson’s Ravens are No. 4 with 31.5 points per game and No. 6 with 6.6 yards per play.

On defense, the Ravens have struggled without cornerbacks Marcus Peters and Jimmy Smith and edge rusher Derek Wolfe. They are No. 31 with 6.9 yards allowed per play. Only the Chiefs (7.6) have allowed more yards per play.

But the Ravens have also faced two good offenses in the Chiefs and Raiders — and the Lions do not have a good offense. They have no wide receivers to speak of, and quarterback Jared Goff limits the team to a short passing attack.

On defense, the Lions are No. 29 in rush DVOA and No. 32 in pass DVOA (per Football Outsiders). Only the Falcons have allowed more points than the Lions with 38 per game.

I first bet this at -10.5, which is still the consensus line across the industry, so we’re getting good lineshopping value now by betting this on the key number of -10 at Caesars.

I talked about the Jets this week on the Tuesday edition of the Degenerate Sports Betting Show: They’re the only team in the league that is 0-2 ATS as an underdog.

They are very bad on offense. Quarterback Zach Wilson has looked like a big-armed rookie who faced small-school competition in college. The Jets are No. 29 in the league with 4.6 yards per play and No. 31 with 20 points scored in total.

But I must admit that I am intrigued by what head coach Robert Saleh is doing on defense: Despite having the worst opponent starting field position in the league (38.3-yard line), the Jets through two weeks are a top-12 unit in time (2:34), plays (5.5), yards (27.6) and points (2.00) allowed per drive.

They don’t have many playmakers, but the Jets might have a legit defense.

But the Broncos unquestionably have a legit defense — an established, top-five unit. And in quarterback Teddy Bridgewater they now have a veteran game manager who doesn’t make mistakes.

On top of that, this year he has displayed a surprising amount of downfield aggressiveness, resulting in a career-best 9.6 AY/A.

The Vikings have opened the season with back-to-back heartbreaking losses.

In Week 1, they suffered a 27-24 defeat to the lowly Bengals in overtime thanks in part to a fumble by running back Dalvin Cook.

And then in Week 2 they endured a 34-33 letdown against the Cardinals that ended with kicker Greg Joseph missing a short would-be game winning field goal as time expired.

They’re not a great team, but they’re also not bad. They’re probably slightly above average — and I expect them to match up well with the Seahawks.

On offense, the Vikings have a complete back in Cook, who has the ability to take over a game, and this season the Seahawks have allowed a league-high 464 scrimmage yards to opposing running backs (namely, Jonathan Taylor and Nyheim Hines in Week 1 and Derrick Henry in Week 2).

On defense, the Vikings have cornerback Patrick Peterson, a physical defender with a history of success against Seahawks wide receiver DK Metcalf. With the 2019-20 Cardinals, Peterson faced Metcalf three times, and in those games, Metcalf totaled just 5-69-1 receiving on 11 targets.

I think the Vikings can win this game.

It doesn’t hurt that head coach Mike Zimmer (67-46-1 ATS overall) is on the positive side of some of his historical splits.

It also doesn’t hurt that Seahawks quarterback Russell Wilson is an unremarkable 36-31-4 ATS on the road.