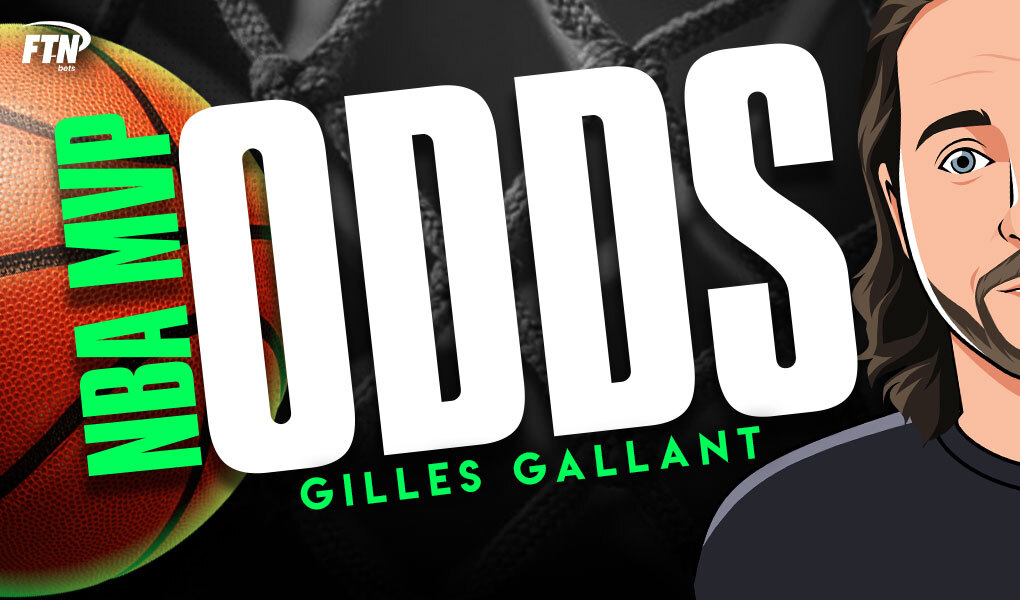 Only a handful of NBA players in the history of the league have won the Most Valuable Player Award to be considered in the upper echelon of all-time great players. One player with the Golden State Warriors is on a historic pace to win another MVP award and is the betting favorite in NBA MVP odds for the 2021-2022 season.

Warriors guard Steph Curry is listed at +140 for odds to win NBA MVP and can win his third MVP trophy of his career. Steph's scoring is leading the NBA at 28.6 points per game and the Dubs are 18-2 SU this season for the best record in the NBA.

After Steph are former teammate Kevin Durant of the Brooklyn Nets  at +500 and Milwaukee Bucks Giannis Antetokounmpo at +700. Durant currently tied with Steph in the NBA in scoring at 28.6 while Giannis leads his team in points, rebounds, and blocks through 21 games.

Luka Doncic opened as the betting fave for NBA Most Valuable Player odds for the second straight year but has dropped to +2000 at BetMGM. The fourth-year stud can nearly do it all on the court and currently leads his team in points, rebounds and assists per game.

To round out the top five on the oddsboard for NBA MVP odds is reigning winner,,Nikola Jokic.Jokic is +1100 at BetMGM and is a revelation on the court with his ability to pass out of the post but with guard Jamal Murray expected to miss most of the season, the Nuggets haven't seen much of a regression at 10-10 SU through 20 games which is seemingly helping the Joker’s candidacy for odds to win NBA MVP.

Let’s break down why Curry is the favorite, what needs to happen for him to win this award and if there’s a long shot we’re overlooking for odds to win the NBA Most Valuable Player.

Who will win NBA MVP?

Why Is Steph Curry the NBA MVP Odds Favorite?

The three-point king, Steph Curry of the Golden State Warriors has been sensational through 20 games of the season and deserves to be the betting favorite for NBA MVP odds. The sharpshooter's scoring stats are slightly down from last season but he still leads the NBA in points scored per game and has propelled this team's offensive capabilities because Curry draws so much attention from opposing defenses.  As a result, the Warriors are first in points per game  while also sneakily are second scoring defense by holding the opposition to 100.4 points per game.

Writing about Steph Curry's exploits on the basketball court are tiresome at this point. However, if the Warriors end up with the top record in the Western Conference and Curry is in top-five in the league in scoring, he's a no-doubt top-three finalist for the award and would likely win in a landslide.

Is It Worth Betting on Giannis Antetokounmpo for NBA MVP Odds?

Although the betting fatigue kicked in last year for Milwaukee Bucks Giannis Antetokounmpo's NBA MVP odds chances, he's making it near-impossible to overlook him early in the season. The Greek Freak has continued his rampage following a dominant NBA Finals and is putting up stats across the board to impact a game.

Antetokounmpo's scoring on pace with last year's mark through 20 games (27.1) but that's because the Bucks haven't had secondary scorers like Khris Middleton and Jrue Holiday in the lineup each night. That scoring clip is only going to go up as the season goes along but its the rebounding and defense that makes him stand apart from other NBA MVP contenders.

Aside from guarding the opposing team's top big man or perimeter player, Giannis has also been initiating the offense and leads the team with 5.9 assists per game. The two-way play is why he has vaulted back to the top of the NBA MVP odds rankings and if the Bucks can regroup and get a top-three seed in the East, it'll be hard to deny Antetokounmpo's candidacy as the best player in the league.

Even before entering the NBA with the Mavericks, guard/forward Luka Doncic has been a star. The 22-year-old was dominating in the Euro leagues before entering the draft and was considered a can’t-miss prospect. With his flair for the dramatic and improvement each year, Doncic is regarded as a top-five player in the league now and should a top candidate for NBA MVP odds.

The Slovenian wunderkind has led the Mavericks in points scored, assists and rebounds in each of the last two seasons and his impact on every game is obvious to even the most casual NBA viewer. Doncic finished last season averaging 27.7 points per game, good for sixth in the league, while his 8.6 assists per game were also good enough for sixth. He and Damian Lillard were the only two players to rank in the top 10 in both categories, but Doncic has the edge on him because he nearly doubles his rebounding output (8.2 to 4.2)

In 2021, Doncic is already averaging a near triple-double and we all know by now what he can do on the basketball court, but in order for him to be a good bet for NBA MVP odds, his impact needs to translate to more wins in the standings. 42-30 is a decent record for a team in the Western Conference, but the MVP typically goes to a player who puts up stats and is also on a winning team. That’s why Nikola Jokic ended up winning this past season — his stats were better, and the Nuggets finished with a better record than the Mavs.

In a conventional 82-game season, only one player over the last 20 years has won MVP and didn’t have at least 50 wins: Russell Westbrook in 2016. Even though Doncic can put up triple-doubles like the best of them, the stat achievement of averaging a trip-dub for an entire season is a bit hollow now that Westbrook has done it in four of the last five years.

If the Mavs win 50 or more games, have a top-three seed in the Western Conference and Doncic is putting up his typical 28 points, 8 rebounds, 8 assists per game, he’ll win his first MVP award. That just seems like such a tall order given how stacked the West is with teams like the Lakers, Jazz, Suns and Warriors all ready for another playoff run.

When you visit your NBA betting site of choice, like DraftKings, you’ll notice 2021-22 NBA MVP odds laid out like this:

These numbers beside them with plus signs (+) are considered American odds and equate to what you would be rewarded if you place a $100 bet on the respective option. The player with the lowest number is considered the favorite.  In this case, it's Doncic at +380. If you were to bet $100 on Doncic in NBA MVP betting odds and it hits, you would win $480 – your $100 is returned and you would get $380 in profit.

There are lots of things to consider when placing NBA Futures or MVP odds bets so make sure to do lots of research with my notes above and place your bet before the season. Once the season tips off and a player starts hot or cold, these NBA MVP odds will shift dramatically.