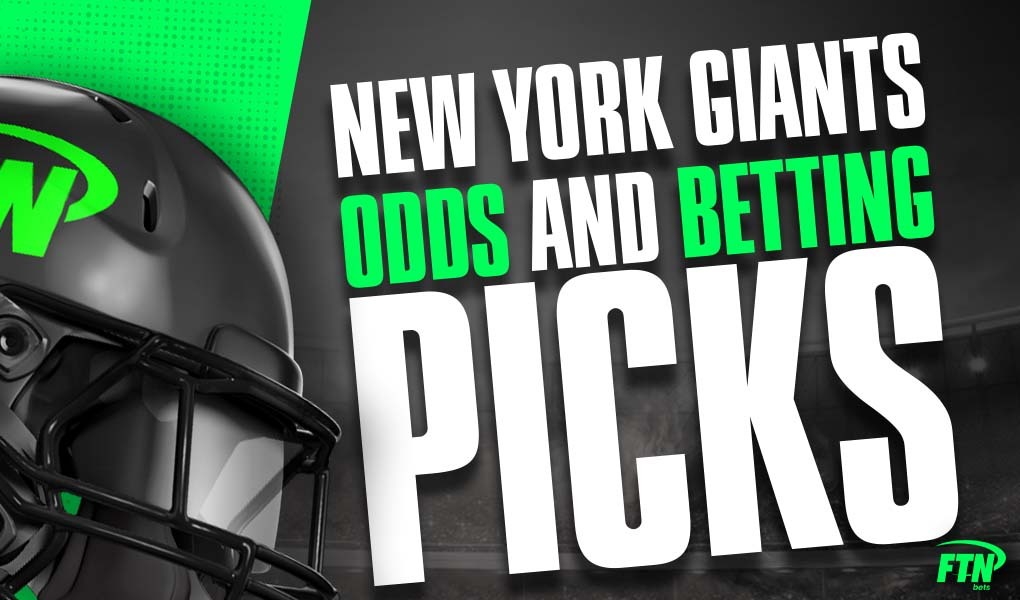 FTN's Gilles Gallant previews the betting outlook for the New York Giants for the 2021 season and for Week 8.

The New York Giants may not be considered a true contender for Super Bowl 56, but by playing in the NFC East, the playoffs become more possible, and anything is possible once you get into the playoffs. The G-Men are still hoping to make an impact in 2021 and got their second win of the season over the Carolina Panthers to move to 2-5. The Giants now go and visit the struggling Kansas City Chiefs as 10-point road underdogs in Week 8.

The New York Giants have had some ups and downs during the 2021 season and even though they’re coming off a win in Week 7, safe to say that their outlook is bleak, especially with the Chiefs on tap. The Giants have been near the bottom of the standings for the last few seasons and have had a top 10 pick in the NFL Draft in five of the last six seasons. The accumulation of talent hasn’t seemed to materialize the team into a contender as sportsbooks like BetMGM have the Giants’ Super Bowl odds at +75000 heading into Week 8, which is the sixth-worst odds among all 32 NFL teams.

The main futures markets to pay attention to for the New York Giants are odds to win the NFC East and NFC conference odds.

As for NFC Conference odds, the Giants are far down the list to get back to the Super Bowl and sit at +40000 odds at BetMGM to pull it off. That’s the second-worst odds in the conference and seems highly unlikely given the uphill battle just to make the playoffs after starting the season 2-5 in the standings.

The Giants are coming off a season where even though they finished 6-11 in the standings, they were a reliable spread most weeks. They finished 9-7 against the spread in 2020 and an impressive 6-2 ATS in road games.

For 2021, the Giants are 3-4 ATS and game totals are 3-3-1 through six games. The Giants won and covered the spread as 7-point road underdogs in Week 4 vs the Saints and won outright as three-point home underdogs to the Carolina Panthers.

In 2020, totals bettors had a huge edge by taking unders in Giants games and total went under in 12 of their 16 games last season. Oddsmakers didn’t think there would be much offensive fireworks in New York games as only one game saw a closing total over 50 points. After finishing with the 31st-ranked scoring offense last year, bettors should expect a lot more games in 2021 with totals in the 42-45 points range.

Here are the updated trends from the 2020 season:

The New York Giants visit the Kansas City Chiefs as 10-point underdogs for Week 8 of the 2021 season. Here are some betting leans for the side and total in this matchup:

How to Bet on This Game