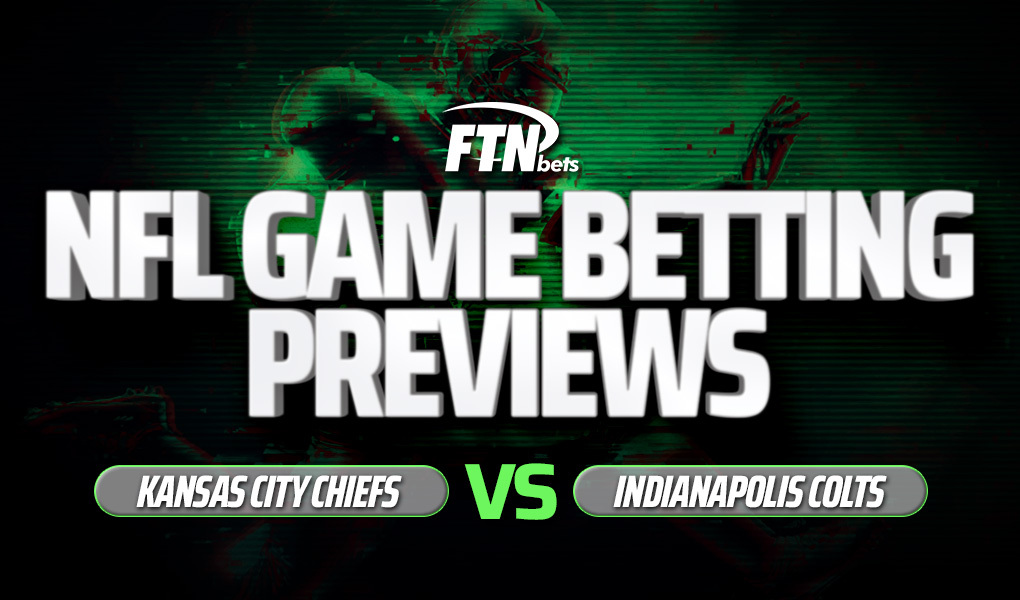 FTN's Nick Makowtz previews the Week 3 NFL game between the Indianapolis Colts and Kansas City Chiefs from a betting perspective.

The Indianapolis Colts will look to get their first win in Week 3, but that will be a tall task as they take on the 2-0 Kansas City Chiefs at home.

These two teams entered 2022 with similar expectations. The Colts had aspirations of an AFC South title and a deep playoff run after upgrading a roster that fell one game short of the playoffs last season. Unfortunately for them, it’s been a bumpy first two weeks. In Week 1 Indianapolis tied the Houston Texans, and they followed that up with a shutout loss to the Jaguars in Week 2.

Kansas City, though, has lived up to its pre-season billing so far. After a dominating victory in Week 1, the Chiefs conquered their division rival Chargers in Week 2, despite being outplayed for much of the game. Now, the Chiefs will attempt to bury a Colts team that seemingly can’t find its rhythm.

When is Indianapolis Colts vs. Kansas City Chiefs Week 3?

Here’s a look at the latest point spread and total for Sunday’s game.