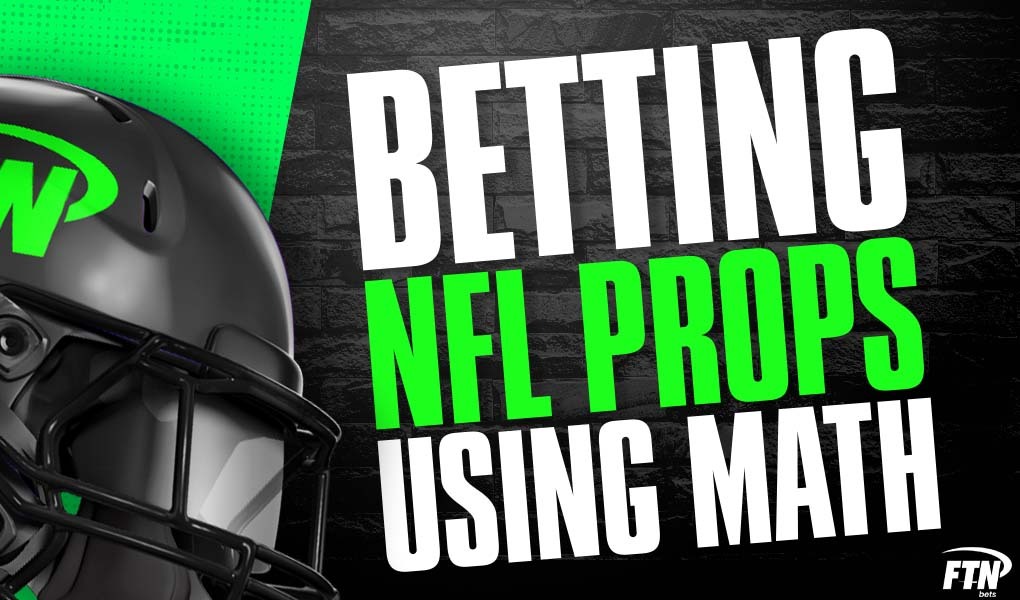 FTN's Alex Blickle uses math to pick out some of his favorite prop bets and parlays for Week 4 of the NFL season.

The goal of this article is, of course, to provide winning picks. However, it’s also to provide a blueprint on how to cleverly bet props with math.

After a lack-luster performance in Week 1, I switched things up for Week 2 and since then we’re rolling. In the last two weeks we’re 3-6 and +5.25 units.

I know, I know - this isn’t a parlay, so where’s the emphasis on math? Well, this is about the line. DraftKings is slow to react to the news that Rob Gronkowski is doubtful. They’ve left +400 hanging, while FanDuel has moved a Howard TD to +270. This is the difference between an implied 20% chance and an implied 27% chance. In other words, DK’s odds are for an event with implied odds 35% higher than FD’s line suggests.

Nick Sirianni has taken heat for giving Sanders just two rushing attempts in Week 3. Look for that to change as the Eagles go into a matchup with the Chiefs, who have had the worst run defense in the NFL over the last two years.

So far this season, the Kansas City defense is:

When Sanders gets the ball, good things happen:

Expect a plus performance from Sanders on Sunday.

Beyond the obvious correlation between a QB and his receivers, there’s this:

As Eliot and Derek point out, Carolina is a pass funnel. Should the Cowboys throw 40+ times again, this parlay might be 50%+ to hit.

Matt Rhule wants to get Anderson the ball:

“We have to get Robby going as an offense,” Rhule firmly stated. “Against the Saints, we kinda had a couple deep shots to him we didn’t quite connect on. If you watch the tape last night, he’s open quite a bit and the ball’s not getting to him. And the ball’s spread around to a lot of different people.”

The squeaky wheel narrative boosts the chances of Anderson catching 5+ passes, but the key to this bet is Anderson’s increased aDOT this season. After posting a surprisingly low aDOT of 10.5 yards a season ago, Anderson is all the way up to 17.7 yards with Sam Darnold at quarterback. Consequently, his 11.5 yards per reception a year ago has jumped to 20.5 so far this year.

Should Anderson catch 5 passes, he’d only need 14 yards per reception to get to 70. Given his elevated aDOT, that should be quite easy.

A pro golfer, Alex uses his model and analytics to gain an edge on the book