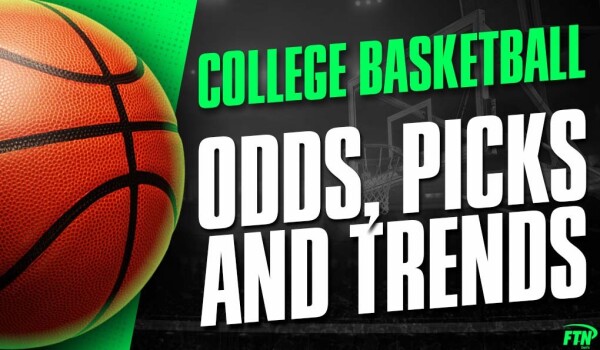 FTN's Mike Cutri picks out his favorite college basketball bet to make on the Saturday Final Four slate of the NCAA Tournament.

The best part of the College Basketball season is finally here, and the Final Four is upon us. March Madness is packed with great matchups that are always full of drama and potential Cinderella stories. Below is my analysis and favorite bet for Saturday's Final Four games.

Although this year’s tournament has been full of upsets and Cinderella stories, we still somehow wound up with a Final Four full of Blue Blood powerhouse programs. Both Kansas and Villanova have recent histories full of success and titles, and both have elite coaches at the helm, which makes this Final Four bout incredibly exciting. The main storyline here is Villanova’s tragic loss of lead guard Justin Moore with an Achilles injury suffered in their Elite Eight victory. The question remains how impactful and significant will the Moore injury be to Nova’s chances, and can they compete with this surging Jayhawk team without him?

Villanova’s roster makeup and scheme could remind you a lot of Miami’s. The Cats are extremely guard/perimeter reliant and undersized, yet the main difference is Nova is way more disciplined and works with less finesse. Villanova will ball screen you to death to create mismatches (97th percentile in PnR offensive efficiency per Synergy) and have elite ball movement when over-help comes. The uniqueness of the Nova offense is very difficult to prepare for, as they love to isolate their guards in the post and kick out to shooters when an undisciplined defense collapses. This is where the loss of a talent like Moore may be felt the most. Kansas has the personnel to switch 1-4, and the size on the wing between Ochai Agbaji, Jalen Wilson and Christian Braun to defend any guard post action. All-conference pesky defender Dajuan Harris will be assigned to make life on Collin Gillespie difficult for 40 minutes (we just saw what he did to Kam McGusty in the 2H of the Miami game and Kansas doesn’t have to worry about Moore). The Jayhawk defense looks to have found something in the second half of their Elite Eight game, and it should carry over here against a similarly structured perimeter-oriented offense.

On defense, Villanova is a bit undersized but highly switchable, and they combat their lack of size with textbook post fronts and digs from the guards. Nova’s switching tends to lead opponents into heavy isolation situations (14th nationally in % of time guarding isolations per Synergy) and this is most likely where the Kansas guards are going to have to produce offense. The emergence of Remy Martin throughout this tournament could be the key here, as he is Kansas’s most prolific scorer (although at times inefficient) and could be the key to how the Jayhawks play offensively. In the paint, Villanova doesn’t have anyone who can guard David McCormack one-on-one, and if he brings his A-game (similarly to how he played against Miami) he could cause a lot of problems for the Nova defense.

Overall, with the loss of Moore and the different ways Kansas can score and match up with Nova, they should have many more paths to victory. Jay Wright is an incredible game planner, so expect him to have a few tricks up his sleeve. I expect Nova to try to slow the pace of this game a ton, and if they can keep the possession count around 60, Nova should have a chance. But if Kansas can get out in transition a little bit, make the game into a high 60s possessions, and Martin and McCormack play well, I don’t see how Kansas doesn’t run away with this one.